Should the Petroleum Equalisation Fund Exist?

When the Senate passed the Petroleum Industry Governance Bill (PIGB) in May, there was a lot of fanfare over what appeared to be a tangible step in reforming the oil & gas sector. Understandably so, as legislative attempts at reform have spanned four presidencies and nearly two decades. However, it is important to remember that the PIGB is just one of 5 bills created from what was initially a single comprehensive Petroleum Industry Bill (PIB) and it primarily deals with the broad strokes of the regulatory agencies and government entities that will operate in the sector.

Furthermore, while one of the stated objectives of the 2012 draft PIB was to "deregulate and liberalise the downstream petroleum sector", the PIGB may not be geared towards the same goals. In particular, section 4 of the PIGB provides for the establishment of the Petroleum Equalisation Fund (PEF) to replace the one that currently exists. The proposed PEF should be an upgrade in terms of administration and efficiency, but given the stated ambitions of the original PIB, it is worth asking: is the PEF compatible with a liberalised petroleum sector?

The PEF was set up in 1975 to ensure that prices of petroleum products like kerosene and petrol were the same across the country. The fund's ability to do this is made possible by the way petroleum products are priced. The Petroleum Products Pricing Regulatory Agency (PPPRA) sets a uniform price for petrol and kerosene that incorporates allowances for transporting fuel. Marketers pay the allowances to the PEF from fuel sales, and the fund redistributes the money to sellers based on how far away from a depot their products were sold. While this may work in theory, as I have previously argued, the PEF's track record of price equalisation has been questionable.

However, this kind of price-setting is not compatible with a liberalised downstream petroleum sector. If marketers are allowed to operate in a competitive market, they will price petroleum products based on how profitable it is to sell in a given area, regardless of the location. Changing transport costs and demand means that prices may fluctuate on a frequent basis, making it difficult to implement the same kind compensatory scheme in place at the moment.

This is why the 2012 draft PIB effectively pushed to dissolve the PEF and deregulate prices. An earlier version of the PIGB did not include a section on the PEF, but the bill was modified at the request of the Nigeria Union of Petroleum and Gas Workers (NUPENG) and the Petroleum and Natural Gas Senior Staff of Nigeria (PENGASSAN). The new fund is still charged with uniform pricing, but the PIGB does not indicate that it will ever go away.

Let's reexamine the rationale for a uniform pricing scheme. If the goal is to ensure that areas without depots are not left behind in economic development, it is time to explore alternatives that would achieve the same ends without the current market distortions.

One option would be to offer extra funding to states that do not have depots. Indeed, this comes with its own set of political hurdles, and a plan like this would likely be as controversial as the long-proposed Host Communities Fund. There is also the matter of perverse incentives as certain states may prefer to have non-functional depots to collect cash instead.

An alternative would be to invest in more infrastructure: pipelines, depots and refineries to permit cheaper product transportation across the country. Unfortunately, this approach requires time. In the long run, however, Nigeria would benefit more from infrastructural investment than consumption subsidies. For one, it would reduce the cost of transporting other products like diesel that are not currently subsidised by the PEF. It would also relieve pressure on our road network and decrease the number of deaths and injuries from petrol tanker-related accidents.

The PIGB does seem to account for this by including a requirement for the PEF to fund "infrastructural development". However, the bill does not specify which kinds of infrastructure qualify for funding, and it is equally vague on the nature of the additional financial support it is to provide at the Minister's discretion. Since this spending will be in addition to the usual uniform pricing payments, we should expect the PEF's expenditure to be significantly higher in the future. Where will all the money come from?

One of the most significant changes to the PEF is that it will be funded by a 5% levy on "all fuel sold and distributed in the Federation". Interestingly, this is subject to approval by the Minister, which implies that the tax may not be charged if the Minister does not consider it necessary or feasible.

More importantly, the PIGB does not clarify whether this levy will replace the current source of funding for the PEF (the allowances built into the prices of petrol and kerosene). It also leaves open the question of VAT on petroleum products which is currently unresolved. Perhaps tax matters are reserved for a future bill, but it is worth pointing out that if both VAT and the PEF levy are charged on petroleum products, it will present a non-trivial tax burden to consumers.

Regardless of the PEF's ultimate role in a reformed petroleum sector, its effectiveness will be mainly determined by its leadership. In this area, the PIGB does make multiple changes designed to make the fund's management more transparent.

The new PEF will have 12 board members, double the number in the current Petroleum Equalisation Fund Act, including an Executive Secretary and three Executive Directors who are appointed by the Minister of Petroleum Resources. In a bid to constrain some of the minister's discretionary power, appointees are required to have ten years' relevant experience and are limited to two terms of four years each. This will presumably ensure that the appointments to the board are more likely to be based on merit and aptitude than as a reward for political supporters.

However, there are still avenues for abuse of power. For example, while the PIGB prohibits appointees from having financial conflicts of interest, it also gives the minister considerable leeway in waiving this requirement. And although the bill states that fund will be "independent", it is also required to implement policy directives from the minister. It is unclear who the fund is independent of.

Altogether, while the PIGB's changes may increase transparency and accountability, it remains to be seen whether these changes will make it more efficient. And there remains the question of whether it should exist at all. 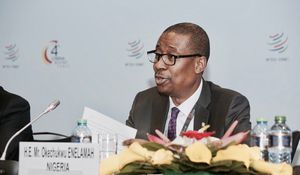 Business and State in Nigeria: In it together? 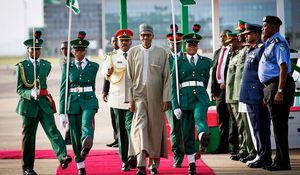