Understanding what it takes to provide farmers with protection they can both understand and afford.

Most of us have been through that painful moment of seeing a cracked screen after a device slips between our hands. In a split moment, the gadget has lost a significant amount of value.

The next seconds are then spent in regret, of not buying a case and a screen guard. Or rather, not buying a better suited one.

And that’s sometimes the problem. Protection exists, but not the right type. This is what we see in the agriculture insurance sector - insurance schemes that don’t quite work for informal smallholder farmers.

However, things are changing. Uniquely fitted insurance products and services, especially for smallholder farmers who make up most of Nigeria’s agric producers, are now being created.

Farming in Nigeria is mostly informal and loosely structured

Like most countries, the agriculture sector in Nigeria has the highest number of informally employed people. Most of the activities are in small and undocumented transactions- attributes that discourages traditional insurance.

However, this isn’t the story of the entire sector. There are companies in agriculture that are just as formal as any other firm operating outside the industry.

There are commercial farmers that treat their farms, the way a manufacturing or financial institution would, by putting internal structures in place and monitoring every process meticulously.

But the majority - subsistence farmers who plant on small portions of land and sell their produce for meagre sums, are the most vulnerable. They borrow for purchase inputs for their farms and occasionally lose their harvest to bad weather or pests and diseases - leaving them high and dry.

“The sad reality is that farmers are one drought or one disease outbreak away from sliding into absolute poverty,” says Thomas Njeru, co-founder of Pula Advisors, an insurance company, in an interview with NY Times.

The evidence is in the numbers. A survey carried out by Consultative Group to Assist the Poor (CGAP), showed that 64% of smallholder farmers had agricultural activities “seriously affected” by pests or diseases between 2014 and 2017. Unexpected price fluctuations of farming input severely affected 43% of the respondents.

Insurance was created to avoid these issues, but it's still a hard sell in Nigeria. The rate of insurance adoption is low, with premiums struggling to reach 0.7% of Gross Domestic Product. Nigeria is 62nd in the world rankings, 46 places behind South Africa, according to PwC.

Most farmers don’t believe it’s vital. From a survey of over 3000 smallholder farmers across Nigeria, only 1% had insurance, and 40% perceived insurance to be somewhat or very important.

Larger agriculture companies have the same pest and pricing problems. But what differentiates them is their financial commitments to get protected from losses caused by such exposures.

Because traditional insurance is perceived to be expensive, it has remained a missing piece for smallholder farms.

Farmers need to pay a premium - down payment - of which ranges from like ₦10,000 to between 2.2% to 6% of their assets in some cases, including their farmland.

Small farmers rely on their savings and loans from informal sources to fund their planting in one season. Spending on anything outside their farming inputs is a tough ask.

Not only is it perceived as unnecessary, it is above their budget.

Apart from the premium payment, traditional insurance requires that the farmland - asset - is assessed thoroughly. These checks take place before, during and after the planting season, to know if the farmer truly encountered a loss in harvest and deserves a payment from the insurance company.

The farmer bears all the costs of these assessments, either directly, through transaction costs, or indirectly; by adding it to the premium. Sometimes, the farmer is required to send updates to the insurance company virtually through videos and photos of the farm.

“After the first physical assessment, there are risk monitoring visits to monitor the implementation of recommendations at the first inspection. We do virtual risk monitoring as well by requesting pictures and video clips of the farm,” according to Adebayo Olukolajo of Leadway Assurance.

It is difficult for a farmer who has borrowed money to plant that season or one who still uses hoes and cutlasses, to set aside 6% of the value of their land for the possibility of losing harvest at the end of the farming season. Even the process of sending photos and videos would require that they have smartphones, which some of them don't have.

While this type of insurance product can work for large commercial farmers, smaller ones need a cheaper option.

As a solution to this high-cost problem, index insurance was created. It is a form of insurance where payouts are made based on a predetermined index. The index is determined by factors that will enable the farmer to produce a certain level of harvest.

If these factors fall short, the farmer is compensated because expected harvest levels won’t be met. For example, the index could be the average level or expected rain, temperature, speed of the wind and crop yield.

If the rains are in excess, the index could count as the farmer experiencing a flood, which would prompt a compensation.

It is cheaper than the traditional insurance because it does not require the lengthy procedure of claim assessors trying to determine the extent of the loss.

One key benefit of this is that the farmer holds nothing back when planting. There is an eagerness that comes with being secured and it spurs planting for as much as possible. After all, if all is lost, compensation abounds, and if no loss is incurred, a full harvest awaits.

This is opposed to a farmer without insurance, who might reduce how much is planted in the first place; due to fear of losing crops to flooding, drought or attacks. 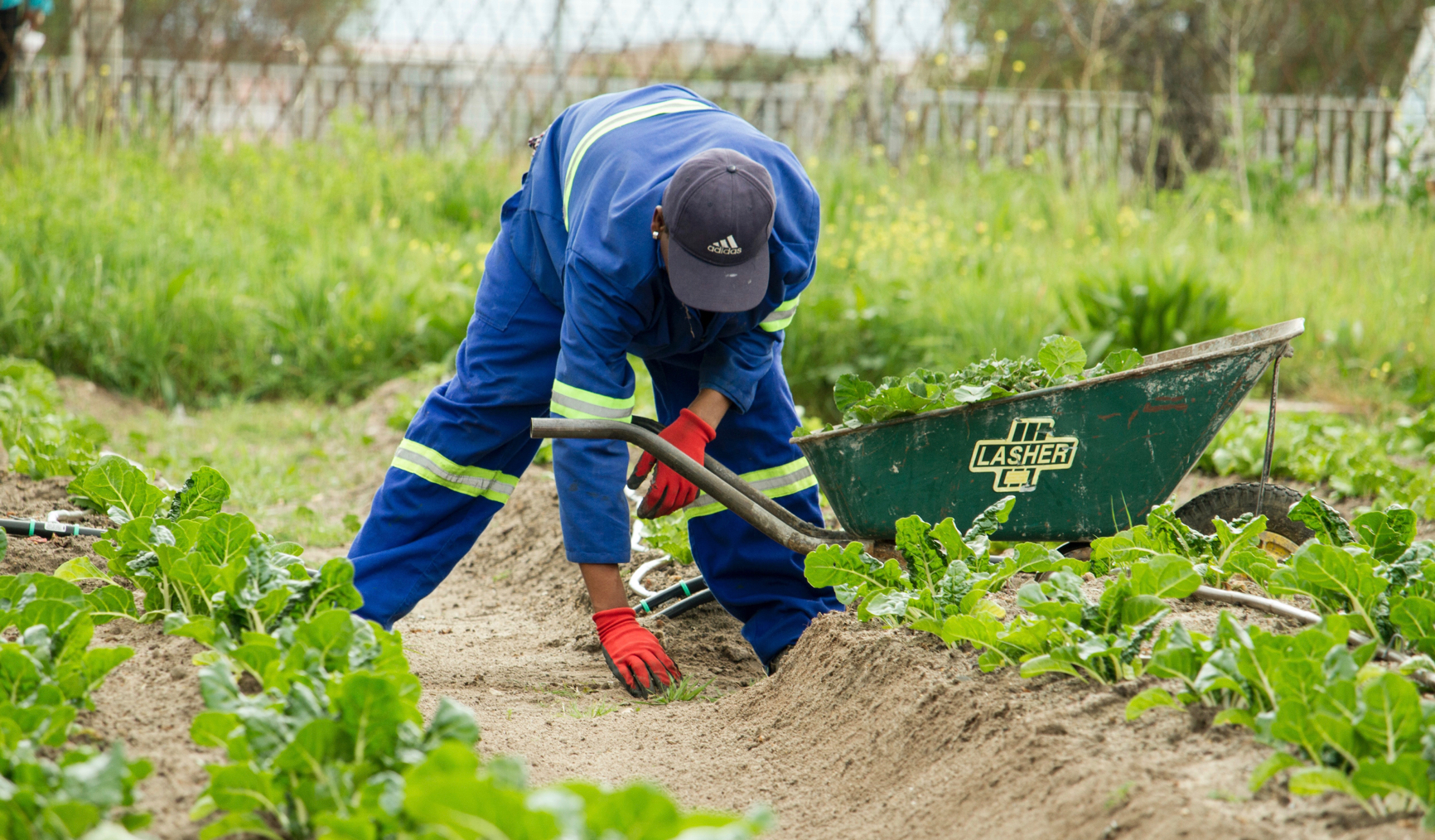 A farmer in the field

There are more ways than one where index insurance scores high with farmers. Apart from the affordability, another feature worthy of note, is how it takes advantage of farming communities.

Unlike the conventional or traditional insurance which tends to pay each farmer based on their verified losses, index insurance pays all insured farmers in an area based on an estimate of average losses.

An example of this is when all the farmers in a community are affected by a drought. This is not a problem that affects just one person, so if all the farmers enrolled under the insurance plan, they are all compensated.

Another advantage of index insurance is that it potentially reduces moral hazard. This is when a party behaves dubiously because they are sure the insurance company would bear the consequence for their loss. In this case, a farmer may be more care-free about their crops, knowing that if he does not get enough yield at the end of the season, he would be compensated.

Index insurance reduces that risk by focusing on metrics that are mostly outside of the farmers' control, like the weather. This is not to say there isn’t still room for foul play when it's time to plant.

However, in line with these wins, index insurance has a downside. There are situations where a farmer who suffers a loss due to something outside of the measured elements.

Similarly, there are situations where a farmer whose land does not get flooded, despite excessive rain may still get compensated, even though they did not encounter a loss.

All these benefits do not dispute the fact that farmers still don’t like incurring additional expenses, especially the ones that are not directly related to creating their crops.

This stiff-fisted behaviour by farmers towards spending on insurance, however, presented an opportunity for Pula Advisors.

They introduced Area Yield; also an index insurance as a way to leverage the problem, by tying insurance to the money farmers would already spend on inputs.

Pula has collaborated with the Fertilizer Producers and Suppliers Association of Nigeria (FEPSAN) to provide insurance through the sale of fertilizers to smallholder farmers.

For example, a farmer who purchased a bag of fertiliser and registered for Pula in that process would pay their premium along with the price of the fertiliser and would be compensated with a replacement if there is a drought or flood.

Similarly, if another farmer gets a loan to expand his farm from a financial institution and pays his premium through that process, the farmer would be compensated by getting a loan relief from the institution.

So, Pula deploys technology to farmlands to determine the state of the weather on the farm and compensates farmers if it perceives that they may not make as much harvest as expected at the end of a planting season.

The compensation a farmer would enjoy is dependent on how the farmer paid his premium. 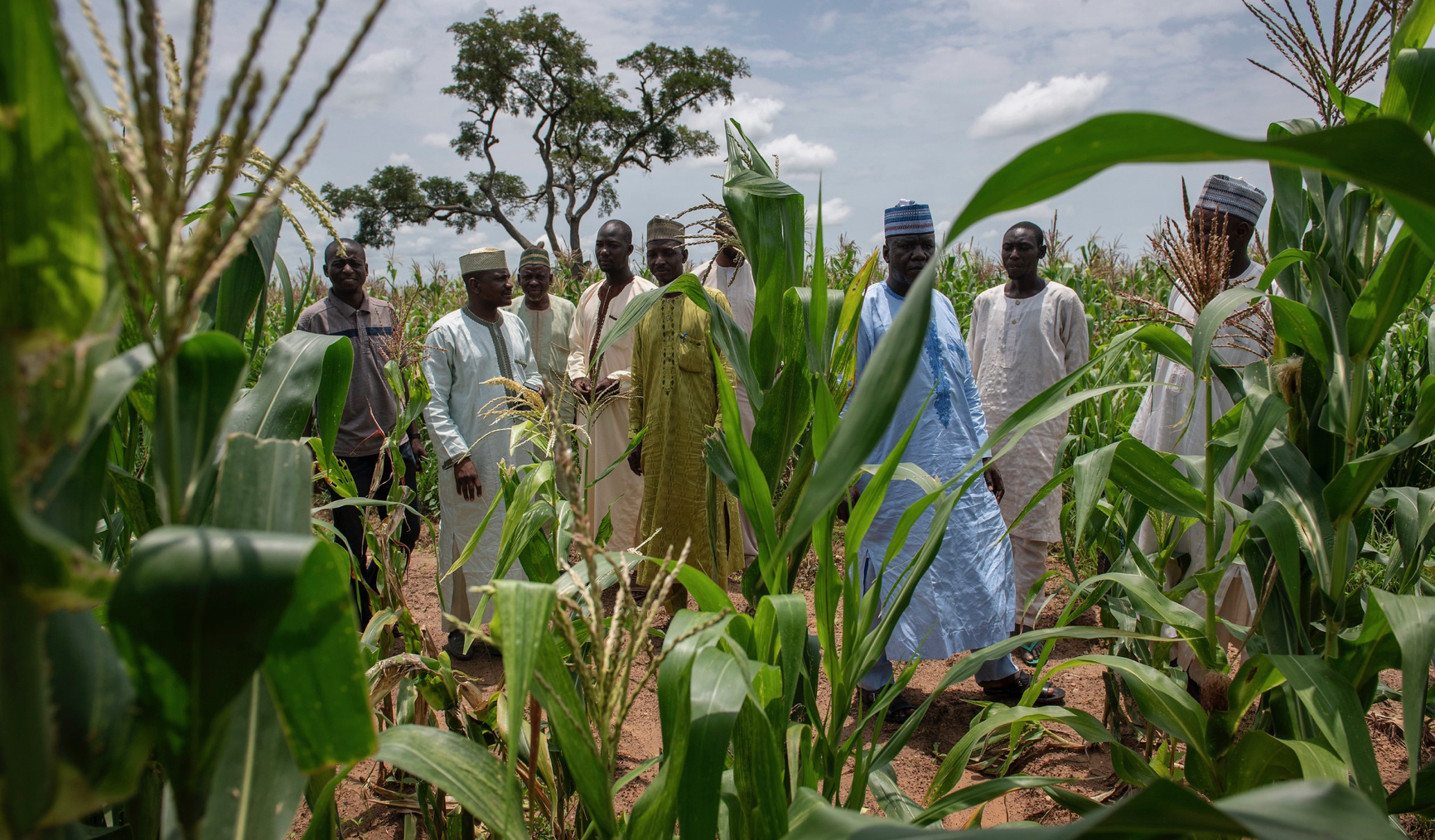 Too good to be true

Since they tackled the fundamental worry of spending, Pula expected that enrollment for the product would be largely adopted among the smallholder farmers.

According to a report by US Aid, the initial adoption of Pula insurance by smallholder farmers was only 20-30% when it launched in Nigeria last year.

For small farmers in Nigeria, it takes more than a high-quality or tailored product to attract them. Because enrollment for Pula insurance was easy, the advisors expected adoption rate to be much higher.

All the farmers had to do was read the simple instructions on the input (seeds or fertilizer) pack and follow them. However, farmers did not trust the procedures because they were not guided through it by a familiar agent.

Pula had to change its strategy by engaging input agents- people that the farmers trust and interact with so that they could sell this insurance.

Pula had to get closer to the farmers.

The lack of such proximity is one of the reasons for the low financial inclusion among farmers. Most banks and financial institutions are distant from them which makes them less accessible.

Pula noticed this and made use of agents who were paid commissions. It led to a rise in enrollment rates.

“It depends on what kind of package it is and how accessible it is to the farmers, that makes the difference. A lot of input suppliers do community engagements, they are deep in the rural areas talking about their products, they have individuals and local farmer heads that sell their products for them,” Kazeem explained.

Farmers also need to be convinced about the product being offered to them. They need to see that it has been successful. They also want to know people who have adopted such insurance in the past.

Yewande Kazeem reiterated this, “farmers love other people’s testimonies, they want word of mouth, referrals from their communities. So if you tell them, this is what you get and they know someone that has claimed, it is easy for them. No farmer wants to invest in their farm all year and lose money from it, so it is always very easy for them as long as they understand it.”

Every business owner - including subsistence farmers - wants what’s best for them. Like bigger firms, informal farmers too would like to avoid the disappointment of losing a harvest. All it takes is providing them with the protection they can understand, and importantly, afford.

Please take a moment to tell us what you think. This survey takes less than 4 minutes. 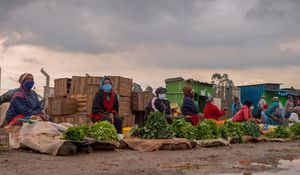 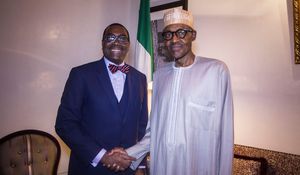