Erratic electricity supply is undoubtedly one of Nigeria's most pressing and persistent problems. This makes it an easy target for electoral campaigns: each year, we raise our hopes as we wonder whether the elusive megawatts will finally materialise. By December, dreams of better electricity drown in the now familiar roar of generators, leaving the bitter taste of diesel prices on our tongues. As recently as May 2015, the country experienced a near nationwide shutdown as banks and telecommunications companies struggled to fuel their operations due to petroleum product shortages. Nigeria's reliance on generators, founded on the unreliability of power supply, makes the economy incredibly fragile. Can solar power save the day?

To understand how solar power fits into Nigeria's electricity supply, we need to take a look at how the current system operates. Electricity supply consists of three stages: generation, transmission, and distribution. Power is generated in several plants, then transmitted through a network of lines and transformers that make up the national grid, after which it is delivered to paying consumers by distribution companies.

Power outages occur either when too little power is generated or the grid cannot transmit electricity properly. Nigeria suffers from both problems. Under optimal working conditions, domestic power plants can generate a maximum of about 12,500 megawatts (MW), but due to poor maintenance, obsolete equipment and irregular supply of natural gas and coal, our highest recorded generation is 5,500 MW, with this figure falling as low as 2,600 MW in recent years. Furthermore, even if all plants ran optimally, the grid itself suffers from structural issues as it is hampered by faulty lines and an overloaded corridor. In any case, just 45% of the population is connected to the grid. As a result, only about 25% percent of the electricity we could generate gets produced and consumed. To put this in context, the average Ghanaian and South African consume 2.9 and 31 times more electricity than the average Nigerian.

Faced with these challenges, the case for solar electricity systems becomes compelling. A solar powered system needs neither natural gas, diesel nor coal to function, and could even operate outside the national grid. In July 2016, Nigerian Bulk Electricity Trading Plc signed $2.5 billion worth of Power Purchase Agreements with 14 solar energy firms for projects aimed at adding 1,000MW to the national grid within 18 months. Certainly, 1,000MW is significant considering our current production, but this number is easily dwarfed by the 30,000MW the country needs to achieve a 10% GDP growth rate by 2020. Furthermore, this is Nigeria's first foray into publicly provided solar power. 'Operation Light-Up Rural Nigeria' was commissioned by the Federal Government in January 2014 and was aimed at powering rural communities with clean, renewable energy. By December that year, the pilot phase – a modest solar project in Bwari, FCT – was still on the drawing board, yet the Ministry of Power rated it a success barely two months later. The initiative now hangs in limbo where similar projects have languished and died.

The other elephant in the room is that these projects will have to feed into the current distribution network, and the existing infrastructure is in serious need of an overhaul. In 2010, the Federal Government rolled out plans for a "super-grid" to be completed within four years. By 2014, it was still in the planning stage and now seems to have quietly gone away with the previous administration. Put simply, current grid deficiencies will limit the impact of these new projects.

A Leap in the Dark

But if the transmission grid is the problem, why not bypass it altogether? Given that Nigerians spend about ₦540 billion a year on diesel to run generators, several companies have identified the opportunity in offering Nigerians standalone solar photovoltaic (PV) systems. One such company is AWPS Renewable Energy, Ltd, a subsidiary of Atlantic Waste & Power System, Inc. and Mr. Christopher Onwuasoanya, the President of the firm, believes that "[solar power] presents a growth opportunity for Nigeria." Sales are based on the premise that, all else being equal, PV systems could free households from having to deal with "NEPA" or generators.

However, while the long-term benefits are potentially significant, upfront costs are large and usually have to be paid all at once. In 2015, the average cost of installing a 4-KW solar PV system for a standard three-bedroom household in Nigeria was just under ₦2 million. Current economic conditions have not helped this cause. According to Mr. Onwuasoanya, naira depreciation has led to a 20 - 30 % increase in the cost of system components, which are mainly imported. The recession presents an additional hurdle as potential customers are more risk-averse and less willing to undertake costly investments in the face of economic uncertainty.

But all hope is not lost. Sterling Bank, through their Alternative Energy Finance Scheme, as well as companies like SolarKobo, offer ways to allow payments for PV systems in installments. And though solar PV providers still seem overwhelmingly focused on residential customers, commercial clients could help the sector stay afloat. Businesses tend to have more inelastic demand for electricity as they need to maintain operations, whereas households can usually find ways to manage. The Telecommunications industry, which requires constant and reliable electricity, is already leading the way: IHS Towers, owner and operator of cellular towers for MTN and Etisalat networks, aims to use solar power to operate 90 percent of its towers. AWPS recently installed PV systems at ten off-grid sites for Gilat Satcom, a communications company. Other industries appear to be moving in the same direction.

A Threat of Adverse Selection

The real threat to the adoption of solar PV systems is low-quality installations. The primary benefits of switching to solar can only really be realised in the long term; durability is key. But without some technical knowledge, the average customer may not recognise when system components are low quality or an installation is improperly done. Negative experiences can then make potential customers wary, leading to low demand. Inevitably, low prices will drive high-quality versions out of the market, causing adverse selection. As Mr. Onwuasoanya puts it, low-quality firms may saddle unsuspecting customers with "installations that defy every engineering and electrical convention. The installations invariably fail and [customers] blame it on solar."

This issue could be addressed through better regulation by the Standards Organisation of Nigeria (SON). On the other hand, the market may fix itself over time. As long as high-quality solar firms continue to operate, solar PV systems will become more commonplace, potentially increasing general knowledge of what a good installation should look like and also solving the asymmetric information problem.

Finally, it is worthwhile to step back and examine the bigger picture, lest we naively portray solar PV systems as a one-size-fits-all solution. While it may be logical for Nigerian firms to adopt solar technology, it is because alternatives remain unreliable or expensive. Suppose we can satisfy all of our current unmet domestic demand for electricity using solar power. The fact remains that countries such as South Africa are able to generate much cheaper electricity using fossil fuels. If a foreign firm were to choose between locating a factory in Nigeria and South Africa based on electricity costs alone, South Africa would win.

A similar argument could be made for domestic firms competing in the global market. Even if a Nigerian firm is more productive with solar power than in the current situation, a foreign firm making the same products with cheaper electricity would still hold the cost advantage. In this sense, cost is as important as reliability. Therefore, a single-minded focus on solar power comes could cost us some potential economic growth, at least until solar power becomes even cheaper. 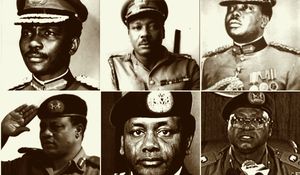 Our Boys In Green 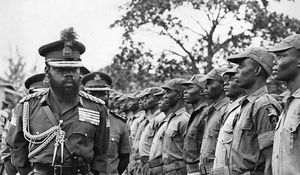 No Victor, No Vanquished