As the economy reopens, we commemorate the return of road and air travel with 60 statistics

Welcome to our weekly insight on the Nigerian economy. Subscribe to receive this in your mailbox here.

Humans haven’t been the only ones restricted from moving these past months; many vehicles and aeroplanes - machines created to move - have also stayed parked.

Both the car and airline industries have suffered: airports, showrooms and car factories closed. Hong Kong International Airport, the eighth busiest in the world, only had 349 people departing on April 2. Enough to fit in one plane.

Compare that with the 86,569 passengers that departed the airport on the Lunar New Year’s eve, January 24.

“Where do we park our planes?” That was the question every airline suddenly had to answer. There aren’t enough gates in airports for most of the world’s planes to be on the ground and not flying in the air.

There was a scramble, and aeroplanes have ended up in random airports or left on runways - British airways have 40 planes parked in Bournemouth.

There is also the issue of maintenance; planes are not supposed to stay idle, and caring for them has been tedious. Many are being put in shutdown mode instead of the usual sleep or restart. The shutdown process can take up to 60 hours per plane.

Some will never wake up. Delta, Qantas and Virgin Atlantic have brought forward their retirements of the Boeing 747 and Airbus A340-600 due to the drop in demand and their lack of efficiency.

Many cars have also taken a leave of absence. Lagos, a city synonymous with traffic, now has emptier roads. For some weeks, Lekki Phase I actually looks like a residential estate. At the time of writing, there isn’t a single car on Falomo Bridge. Electronic advertising billboards are off.

Gidi Traffic, a popular Twitter profile, has found other news to tweet, and traffic shows on radio stations have been replaced.

That said, lockdowns are now being eased, and so many vehicles and planes are coming back into their element.

To commemorate their return, we dug into some data and unearthed 60 facts and statistics on road and air transport in Nigeria.

There aren’t that many cars in Nigeria

According to the latest (2018) figures from the National Bureau of Statistics (NBS), there are 12 million vehicles in Nigeria. Interestingly, 58% of them are commercial and 41% private. Government and diplomatic vehicles have a small share of 1% and 0.05% respectively.

The NBS doesn’t break down the figures by type of vehicle, but one explanation for the near 60% share of commercial vehicles in the country is our large number of motorcycles.

The President of the National Motorcycle and Tricycle Riders Association, Babangida Maihula, claimed that there were eight million registered Okadas in Nigeria.

Commercial buses are also popular. An estimated eight million Lagosians use them for their daily commute.

It’s hard for those who live in Lagos to hear this, but Nigeria has relatively few cars when you consider its population. Only 10% of Nigerians have a car according to the NBS. In South Africa, our economic rivals, one in three people own a car.

Nigerians have many motorcycles though, 30% of us own one. However, that is more likely due to poverty in the nation rather than a preference for the two-wheeled vehicles.

Our love affair with used cars

Another way that our low-income translates into cultural choices is our love for used cars.

According to a 2016 PwC report, there are 131 used cars for every new car on Nigerian roads - most of them imported.

That’s a lot of used cars. It’s not unimaginable, though - a survey conducted by PwC found that 81% of individuals couldn’t afford to buy a car.

For those interested in car brands: Toyota, Hyundai and Kia dominate new car sales in the country - 53% of all purchases. The Corolla was the most popular model.

Back to used cars now; data from the US International Trade Commission shows that Nigeria is the second-largest importer of American used cars. Last year we spent ₦680 billion on used car imports - equivalent to 70% of all agriculture-related imports.

The government is very vocal in its displeasure with Nigerians importing food, but we don’t hear many complaints about used car imports.

They, however, tried to stop it. A 70% tariff on imported cars was imposed in 2014, but it’s hard to say how much it has worked given the amount of car smuggling that now happens under the radar.

Less money in our pockets is definitely a significant factor in explaining Nigeria’s affection for used cars, but it’s not the whole story.

Cars have always had significance in Nigeria’s culture. We are so fond of them that we give cars nicknames: End of Discussion, Beast, Vboot and so on.

But it goes deeper than that - cars can represent class in Nigeria. Not only does it show wealth, it determines how you’re treated on the road - from car park access to being stopped (or not) by the police.

So many Nigerians will happily opt for the flashier older car than the boring new Kia Rio. Better to be classified under old money than no money.

This is why more luxury brands like Lexus and Mercedes account for 15% of used car sales. If we bought used cars only because we didn’t have the money, we would only buy used Hondas.

Related to this is the growing trend of transforming older cars. Now, you can turn your 2012 Mercedes C Class into a 2019 C65 AMG with a change of body kit.

This is the Nigerian culture that local car producer, Innoson Vehicles, will struggle with. How many Nigerians will buy Innoson’s G wagon look-alike for ₦27 million when there are used G wagons for a similar price?

However, it’s all fun and games until the used Mercedes Benz from America suddenly breaks down. Many imported used cars have been in major accidents before they were restored for sale.

Some estimates say up to 70% of imported cars in Nigeria are accidental or damaged. It’s not too surprising when you consider that 63% of used car imports are over 11 years old. Explains why we’re always calling the mechanic.

Some statistics on road accidents

On the subject of safety, let’s look at car accidents in Nigeria.

First, a disclaimer: the data is from the NBS, but probably isn’t accurate. The NBS gets its data from the Federal Road Safety Corps (FRSC) and Nigerian Police Force, and not all accidents were reported to these officers.

The NBS reported that zero cars were stolen between 2013 and 2015. So yes, the data is an underestimate of the truth.

Still, there are trends to discuss.

So there were 11,072 car crashes last year, 14% up from 2018. December was the most popular month (11% of accidents). This could be explained by the culture of travelling to see family during the festive period. 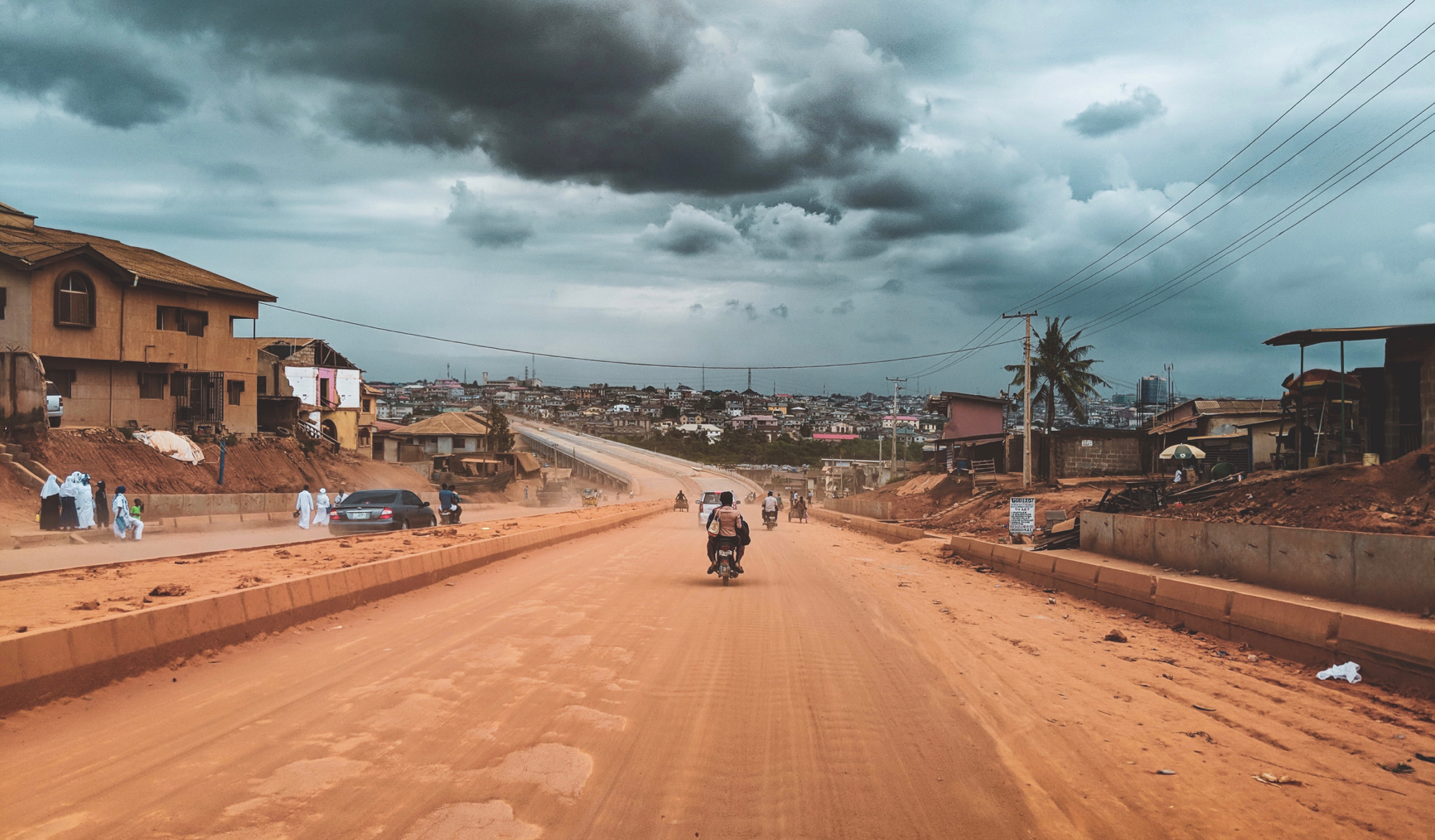 A road under construction

Interestingly, Abuja had the highest number of accidents, while Kaduna was in second place. There were 1,181 crashes in the FCT, double the amount in Lagos. The data might be the culprit.

It could be that there are just more FRSC officers on the Abuja-Kaduna expressway recording more accidents. Not that Abuja and Kaduna actually have the most accidents in the country.

Crashes varied by vehicle type: cars were involved in 30% of the accidents, while motorcycles and minibuses accounted for 20% each.

Trucks accounted for 13% of accidents - 2,214 last year, which is high given that BusinessDay estimates that there are only 40,000 trucks in the country.

It seems the data justifies the fear of driving near trucks.

What causes most accidents in Nigeria? Speed. Overspeeding was by far the leading reason for crashes - responsible for half of all accidents. The second cause, wrongful overtaking, led to 9% of all crashes.

Even with these underestimates, there are definitely areas that need attention — namely, stricter regulation on trucks and better enforcement of speeding rules in the country.

We switch gears slightly to air transport, the other industry opening up. Nigerians will be flying again from June 21.

Throughout lockdown, many have missed the opportunity to escape their home cities for vacations, while others have been stopped from doing business.

Well, as we take to the skies again, the Nigerian Civil Aviation Authority (NCAA) has some data that might help make better decisions on airline choices to avoid upsets.

The first striking statistic in domestic travel is that 60% of all flights were delayed last year - 37,510 delays from 65,401 flights.

Earlier this year, the NCAA said the delays were unavoidable.

Adamu Abdullahi, The Director of the Consumer Protection Directorate (CPD) of the NCAA, said that most of the delays were caused by operational and safety reasons like weather, mechanical failure, and movements of Very Important Personality (VIP).

According to him, the airlines have little control over these factors, which is why the NCAA has decided to make sure that airlines provide “compensation for passengers.”

But it isn’t the kind of compensation you’re thinking of.

Adamu went on to say “I will prefer to call it refreshments for the passengers, rather than compensation. If you delay a passenger for up to two hours, you have to give him or her some refreshments.”

Sometimes this “compensation or refreshment” is a bottle of water. Hardly a significant gesture for hours of delays.

Apparently, airlines are sanctioned when non-safety related issues cause delays, but we don’t hear about these sanctions because according to Adamu: “sanctions are like de-marketing for the airlines.”

It doesn’t sound convincing. In 2018, the NCAA initially blamed the delays on the infrastructure of domestic airports. They argued that the completion of modern terminals and remodelling of old terminals would reduce the delays.

The likely explanation is that airlines are not efficient or using cost-saving tricks to delay flights, while the NCAA is not strict enough. 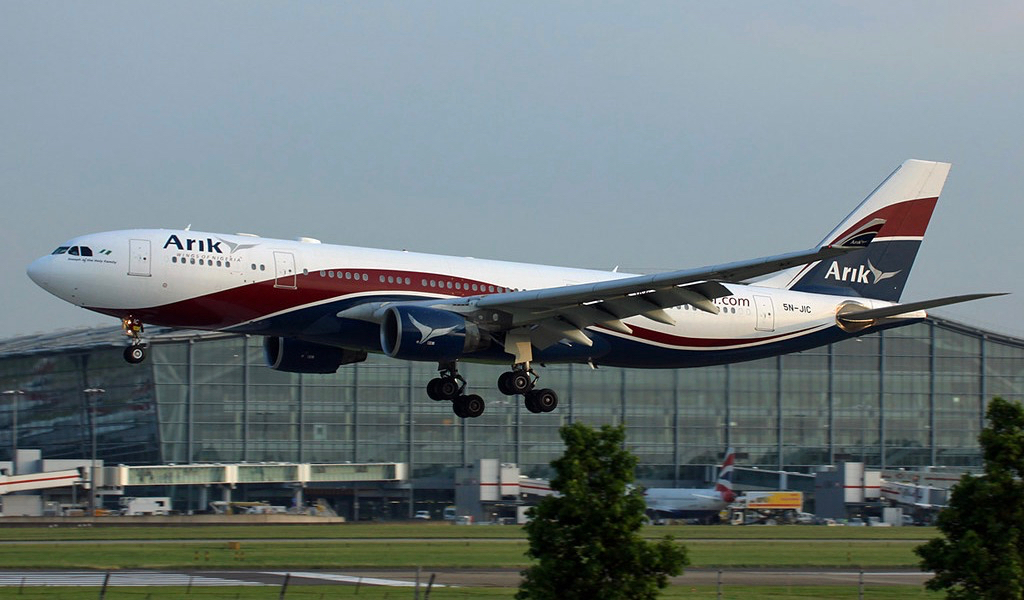 It’s tough to judge the domestic airlines; all nine operators are infamous for delayed flights. The better option is Arik. 43% of its 11,608 flights were delayed - that’s decent for Nigerian standards.

At the bottom of the rankings is Dana Air - 70% of its 3,800 flights were delayed last year. It’s still hard to forget the viral video of the Dana Air plane door falling off on the runway.

One thing domestic airlines do well is keeping suitcases. From a total of 65,401 flights, only 495 bags were delayed or lost.

The same can’t be said of international operators.

In contrast, the best performers were Africa World, Qatar and Ethiopian Air - each at one bag per flight.

International airlines are much better in avoiding delays, though - the main operators only delayed 20% of their flights. Virgin Atlantic had the best record, delaying only 8% of its flights last year.

And that brings us to the end - 60 statistics on road and air transport in Nigeria.

These figures, mostly from last year, will undoubtedly look very different in 2020. Timely data from South Africa has already shown that road accidents have reduced compared to last year due to lockdowns. There will also be fewer flights and fewer opportunities for bags to get lost.

So even in the unlikely event that we forget about this pandemic, 2020 data will remember.

Subscribe to receive this weekly newsletter in your mailbox here. 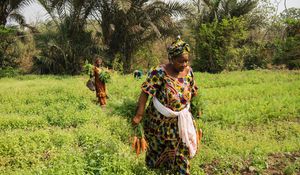 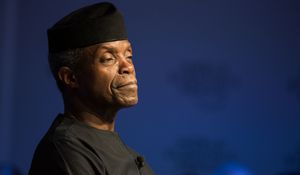