Investment banking is not as popular as it was during its pre-2008 heyday, but it remains a crucial part of the financial system. Just like commercial banks serve a designated function in the economy, investment banks play a critical capital allocation role by acting as intermediaries between security issuers and investors.

Some investment banking activities are straightforward, like when they help MTN Nigeria list shares on the Nigerian Stock Exchange (NSE) or facilitate a diaspora bond sale for the Federal government (FG). However, the field of investment banking has grown increasingly complex and obscure over time, and as a result, looks opaque from the outside.

This is true all over the world, but especially in Nigeria, given the culture of financial misinformation. It is a gap we have tried to plug, from publishing explainers on the stock market and Islamic finance, to looking at the influence of financial technology firms in the industry.

Two finance and economics veterans have attempted to do the same with a book on the principles and structure of investment banking in Nigeria. The end product is impressive, offering a data-driven review of the industry in Nigeria, and situating it within a global context.

The year of the Soludo banking recapitalisation and the modern revival of investment banking in Nigeria. The ₦25 billion capital directive issued by the then-Central Bank of Nigeria (CBN) Governor instigated a raft of lucrative Merge & Acquisition (M&A) transactions that put a lot of investment banks on the finance map.

Generally, investment banking is an industry that has been driven by policy or regulation. In asset management, pension reforms during the 2010s transformed the industry, increased pension asset under management from ₦300 billion in 2006 to ₦7.9 trillion in 2017. This trend is likely to persist, and we pinpoint likely recapitalisation exercises in the commercial banking and insurance sectors as the next propeller of M&A transactions in Nigeria.

The golden year for Initial Public Offerings (IPO) on the NSE. Drawing on data from the Securities & Exchange Commission (SEC), the authors show the trend of capital raising on the NSE from 1999 to 2007, and the year that stands out is 2008, where a record ₦102 billion was raised through IPOs. Of course, this figure is very small compared to IPOs around the world. For example, Alibaba, the Chinese e-commerce firm, raised $25 billion in 2014. And as far back at 2000, AT&T wireless raised $10.6 billion in what was the biggest U.S. IPO in history. In a sense, looking at the size of IPOs in Nigeria tells you all you need to know about the depth of our stock market.

Still on the stock market. There are currently 178 publicly listed companies in Nigeria, compared to 2.3 million companies registered with the Corporate Affairs Commission (CAC). The NSE is a tiny pond compared to the broader business environment, and Nigeria is truly a country of small businesses.

That said, the fact that only 0.0008% of registered companies are listed on the exchange may point to structural challenges with listing, and the authors educate us on this front, highlighting delays in IPO regulatory approvals in Nigeria—27 weeks vs. 15 weeks in the average emerging market economy and 10 weeks in the United States. Considering all this, it will be fascinating to see how the next generation of large companies—many of them in the technology space—navigate Nigeria’s IPO environment.

The proportion of global liquefied natural gas (LNG) consumption that is supplied by a single company in Nigeria: NLNG. Nigeria LNG (NLNG) was founded in 1989 and is a limited liability company part-owned by the Nigerian National Petroleum Corporation (49% ownership) and private companies such as Shell and Total.

NLNG has paid about $15 billion in dividends to NNPC over the years, but like other energy-related finds, this income is subject to constant controversy and allegations of diversion. Nevertheless, the performance of NLNG is one clear success story in Nigeria’s oil & gas sector and shows the potential of more complex investment banking activities in Nigeria.

The value of real estate investment trusts (REITs) in Nigeria. A REIT is an investment vehicle that pools monies together to invest in real estate, through land, buildings, and real estate securities.

REITs are potentially very useful in Nigeria because they can be used to fund housing developments in a country with an estimated housing deficit of 20 million units. However, REIT penetration is very low in Nigeria, with a market capitalization of $110 million compared to $29 billion in Africa and $1.7 trillion worldwide. Furthermore, the liquidity of REITs on the NSE is 5%, much lower than 53% in South Africa.

Nigeria urgently needs to develop its REIT market given the sheer potential of real estate finance. Over half of global wealth is held in real estate investments, and recently, PwC estimated that as much as $900 billion is trapped in Nigeria’s real estate market as dead capital. That is more than twice the size of the Nigerian economy.

Pensions are important because they represent the aggregate savings and retirement funds of the present labour force, and low pension penetration can lead to sizable financial burdens on future governments that have to cater to retired workers. The immediate consequence of Nigeria’s low pension penetration is that the wealth management industry in investment banking remains relatively small as pensions are the largest source of investible funds in the world. In essence, pensions can provide the patient capital to fund Nigeria’s infrastructural and economic development agenda.

Other statistics show the wide gap between the Nigerian equity market and others. In 2017, $2.2 billion worth of trades were executed on the NSE each day. But trading levels in The U.S. and South Africa are 1,700 and 24 times higher than that. Meanwhile, the turnover ratio—which captures how easy it is to sell a share by comparing the number of shares traded to the market capitalization if the exchange—is 10% on the NSE, compared to 61% on the JSE and 115% on the NYSE.

The last interesting statistic is an international one focused on the global bulge bracket, a group of the 10 leading investment banks in the world. The data provided shows that Wall Street remains the financial capital of the world, as five of the ten biggest investment banks are American. JP Morgan Chase leads the way with assets of $2.5 trillion—more than the GDP of the entire African continent—and accounts for 8% of global investment banking fees. The other banks (in no particular order) are Morgan Stanley, Bank of America Merrill Lynch, Goldman Sachs, Deutsche Bank (the biggest in Europe), Barclays Capital, HSBC, UBS, Credit Suisse, and Citigroup, the only bulge bank active in Nigeria.

A little bit about the authors…

Mr. Kehinde Durosinmi-Etti is a veteran banker and former CEO of three different commercial banks in Nigeria. He retired in 2014 to run a financial advisory and consulting firm in Lagos.

Dr. Temitope Oshikoya is a seasoned economist who has held executive leadership positions in the likes of the African Development Bank and the Africa Finance Corporation. 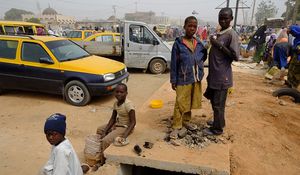 Cities need to change their perceptions of poor people 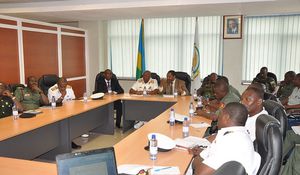 This meeting could have been an email