The role of budget planning in implementing development projects in Nigeria

When preparing a new government budget, the goal is usually similar to that of the previous: meet new development priorities while keeping the house in order.

On the one hand, there are expenses the government cannot do without, otherwise known as the non-discretionary spending. Generally, they aren't given much thought because they are recurring - for example, salaries.

They’re almost automatically added to the budget each year.

The spending which requires more thought (also known as discretionary spending), are those that must align with objectives for the year and through which a government carries out new projects.

Still, all spending requires attention and precision to avoid expenditures that don’t add proportional value to the economy.

It is also essential to prevent enormous schemes from becoming white elephant projects which are large, and sound great, but are not feasible in the end.

A public sector expert attributes these grand projects to the desire to feel important. “Most ministries struggle for relevance and power; they want to be the one to have commissioned or carried out a certain project. The implication of this is that their budget envelope expands and it makes them appear more relevant.”

A good example is the Ajaokuta Steel Mill which the government has spent over $4.5 billion on and is yet to produce a single ton of steel.

More often than not, the problem is rooted in optimism or being out of touch with reality.

When budgets are announced in the news, the numbers that appear on both the revenue and expenditure sides are rarely achieved. For example, from 2016 to 2018, actual revenue was between 51 to 72% of the income initially budgeted.

This makes the ministries powerless to implement many proposed projects as their budget allocation is based on planned revenue which we hardly meet.

In 2018, the total amount released for capital expenditure across all ministries was 58% of the budgeted sum. In health and education, it was about 45% and 61% respectively - situations like this force the ministries into difficult situations.

The Minister of Works and Housing, Babatunde Raji Fashola attested to this in a meeting with Public Transport Owners of Nigeria Association (PTONA) in December 2019, “Between 2015 and 2018, the entire amount we got was not up to ₦1 trillion. As of October, we owed contractors ₦306 billion, and more bills are coming in.”

The renovation of Akanu Ibiam Airport in Enugu state is one example of the impact of delays. It was commissioned for repairs in 2013 with a November 2015 completion date. Instead, it was extended by five years due to lack of funds. The situation of the airport deteriorated and it needed to be shut down for renovations on the runway.

Shutting down that airport automatically increased the cost of transportation for people travelling to Enugu. It exposed them to additional travel time of three hours and the risks that came with it. Auxiliary businesses in the airport also shut down and income stifled.

Not only do these delays affect the individuals who are supposed to benefit; the disruptions also lead to the project costing more than intended.

Suppose we abandon a road repair project three years after it had started and people continue to use the road. By the time the repairs continue, further damage would have occurred, thus needing extra funds that were not in the original budget.

A gas pipeline being built by the NNPC from Rivers to Edo state was initially due for completion by 2016 at a cost of $400 million. The project has seen several years of delays and will now require a total of $700 million to be completed this year.

Sadly, this is the norm in Nigeria. Over 80% of the projects reviewed in the Quarterly Budget Implementation reports have extended timelines due to lack of funding, some for as long as ten years - two and a half presidential tenures!

This sparks a couple of questions: is the speed of the contractor always overestimated? Are all projects not planned well? Are there contingency plans for gaps in funding?

If history has taught us one thing: more often than not, the federal government does not meet its payment obligations - salaries are a prime example of this.

Given this precedence, one would expect that the ministries align their expectations accordingly, having learnt how things work.

It is important for each ministry to forecast or prepare for its projects not only based on predicted objectives or proposed revenue. More importantly, the budget should reflect the trend of government performance in meeting its funding requirements. 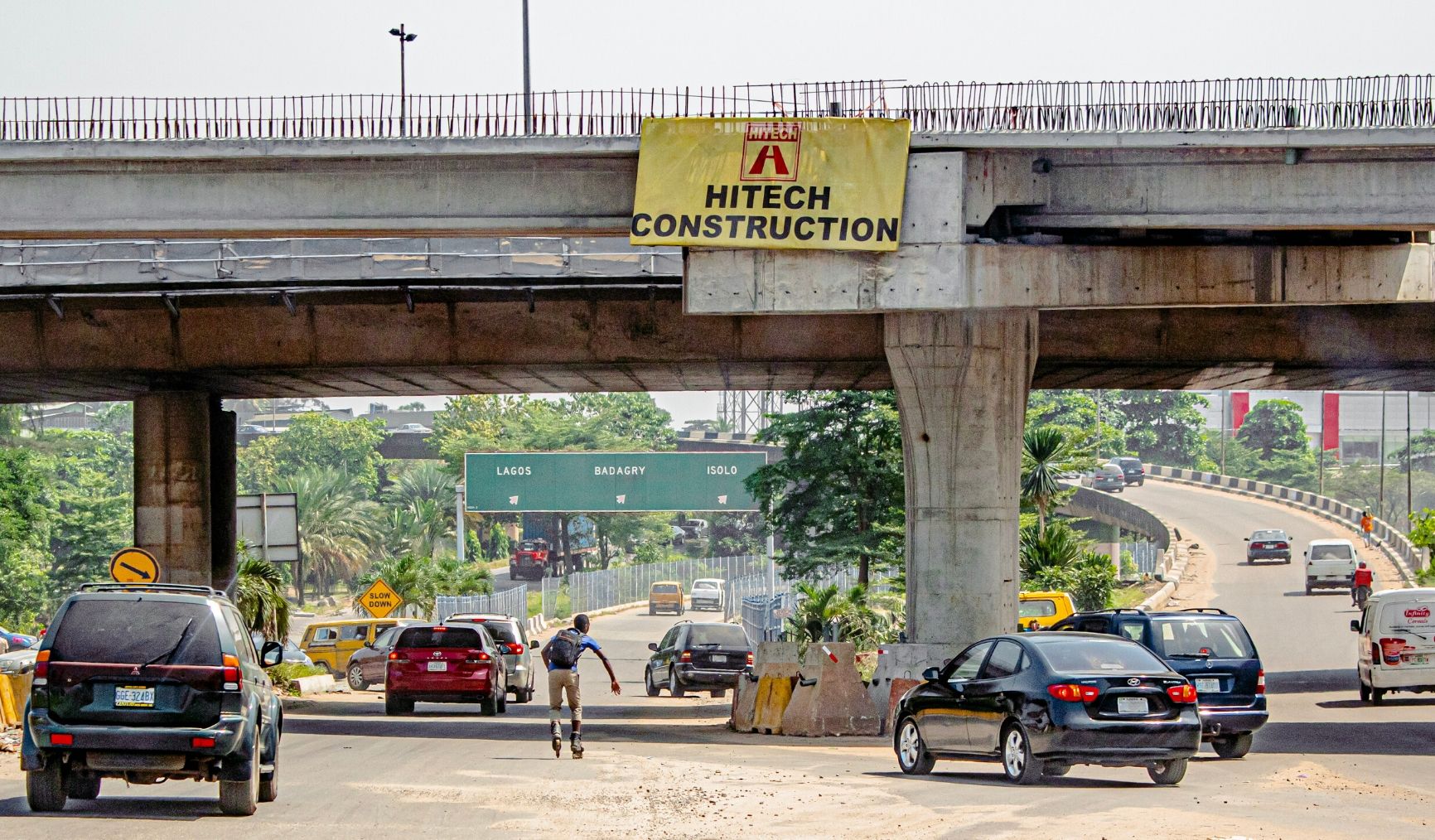 One way of preventing numerous abandoned projects is by adhering to a comprehensive infrastructure plan for the country.

"Even worthwhile endeavours need evaluation to determine if they become distractions from the best goals" - Quentin L. Cook.

The National Integrated Infrastructure Master Plan was a step in the right direction back in 2015.

This plan contains practical short, medium and long term infrastructure goals for 2018, 2023 and 2030 and the requirements for carrying out such projects. However, it is just another well-articulated document which is not being monitored and has several unmet goals.

Nigeria doesn't properly monitor progress. Periodical updates on such plans showing what the ministries are doing to meet the medium-long term goals is vital.

Currently, plans are overlapping one another. New projects get introduced before subsequent ones are completed, often as a result of a lack of funds, causing more cases of abandoned projects.

The CBN indicates that approvals for some new projects come without a detailed costing and engineering document or plan. But this can change with a proper monitoring of projects in the initial plan.

Case in point; the UK does not only create an infrastructure plan but also gives regular updates to the Parliament on the progress of these projects.

The critical component of the monitoring process is feedback - providing information on progress and the possibility of meeting the long term objectives. It helps to create realistic goals.

A project may be planned for five years but can be implemented in one-year blocks as the budget cycle allows. So, rather than take years to refurbish an entire airport, focusing on finishing say one terminal wing at a time could better ensure the achievement of progress towards the medium and long term goals. It's also easier to manage and track.

The problems discussed are structural issues which are not impossible to tackle but can only be done by the coordinating body of the budget. The Ministry of Finance, Budget and National Planning is responsible for collating the budgets of all ministries and dispenses money accordingly.

This ministry determines if projects are attainable, important and fit into the masterplan - thus, deserving of a slot on the budget - or not.  They ensure the implementation of the projects align with the revenue expectations of the country.

However, it appears that they have allowed this process, like every other in the Nigerian public sector, to be hampered by politics.

To prevent this from happening, the government has to engage a neutral party; one who has nothing to lose from monitoring the project and giving constructive feedback.

The UK publishes reports on public sector performance and employs a group of public service analysts to measure the efficiency of each public sector department.

They put quantifiable measures in place to determine the performance of each government department, which is measured regularly and published for the public. Nigeria can leverage on institutions like the National Bureau of Statistics to collate and publish such data for transparency and efficiency.

Improving financial efficiency in the public sector takes time and effort. It will require round the clock monitoring, reporting and effective planning that doesn’t ignore Nigeria’s funding realities. 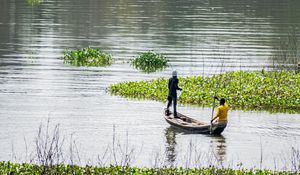 From deniers to believers: Controlling the climate change narrative 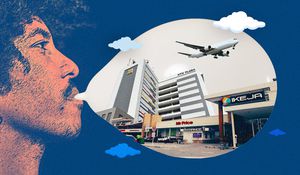