When Tola* finally got a job in Lagos, she excitedly moved into her family house in Ojodu, Lagos Mainland.

Unfortunately, Tola’s dream job was in Victoria Island, and after enduring the three-hour daily commute on public transport, she decided to get a car. After surveying her options, a brand new version of the car would have cost up to ₦12.5 million, equivalent to four-years’ salary. Instead, like many Nigerians across the country, she opted for a tokunbo Toyota Yaris 2010 model which cost her ₦1.8 million.

So why have brand new cars become so difficult to afford?

The plan was created to promote the domestic automobile manufacturing industry and reduce the importation of cars. As at 2012, about 700,000 vehicles worth over $6 billion were imported annually into Nigeria. Of these, 50,000 vehicles were brand new.

Before the policy was introduced, only 3 car assembly plants were actively functioning in the country. After the policy was implemented, Nigeria’s automobile industry started gaining more traction. As at 2017, 49 licenses had been granted with 25 commencing operations.

Though this policy has helped local car manufacturing, imports continue to rise. And although recorded imports at the port have collapsed, cars are now smuggled through land borders en masse. The high cost of importing cars has attracted local importers to neighbouring countries that have favourable policies for car importers, allowing them to import the cars at lower costs. For instance, in 2017, the Benin Republic government reduced charges on transit vehicles by 27%, leading to a spike in car imports, increasing its monthly importation from 3,500 units in January 2017 to 10,000 units in June 2017.

The effect of the NAIDP (tear rubber policy) has led to several reactions on a review of the policy. Some industry participants believe the policy has failed in achieving its goals. That being said, a forecast estimates that by 2050, there will be no tokunbo cars in Nigeria.

Second-hand cars face a pressing issue, which is their substandard or poor quality nature. In 2017, over 180,000 tokunbo cars were recorded as imported through the Nigerian seaports. A frightening 70% of these imported vehicles are estimated to be accidental/damaged.

These accidental cars are usually brought in deformed states and are resuscitated by classic pimping. However, these vehicles usually have issues which require continuous maintenance by the car owners. Despite this obvious shortcoming, they remain the car of preference for many Nigerians because of their affordability.

In addition, accidental cars also enjoy an unusual benefit, which is tax rebates, because they are classified as SKD vehicles. These rebates are supposed to be enjoyed solely by SKD parts for locally assembled cars. However, Nigerian importers in their innovativeness, have exploited the loophole in the government policy to bring in such vehicles at cheap rates, making it harder for newer vehicles to compete.

Nigerians in Fela’s words, continue to enjoy their “suffering and smiling” state, opting for a tokunbo compared to a Tear rubber, not of willingness, but of necessity.

In continuing our conversation, Tola tells me that when she bought her car, the boot was damaged and she had to give a mechanic to repair. Her car also had electrical issues, with some components like her hazard light malfunctioning. She still finds it hard to close her boot, but has adapted to Nigerian 'manage' culture and is now enjoying her Yaris vehicle.

Despite the influx of tokunbo cars into the country, the “tear rubber policy” has enjoyed a good level of success since its launch. With the introduction of the policy, a number of car importers such as Nissan, Kia, and even Toyota, all in Lagos, have resorted to locally assembling some of their vehicles. In fact, these vehicles, though locally assembled, still possess similar characteristics to imported fully built vehicles, because their SKD parts are largely imported.

Additionally, indigenous brands like Innoson Motors have also benefitted from the high purchase costs of foreign brands, and have gained more traction recently. The Federal Government in a bid to support these brands, mandated the ministries, departments and agencies (MDAs) to purchase locally manufactured vehicles. Some state governments have also participated in this trend.

The local brands, being competitive, have also stepped up their game, improving in quality and style. Innoson’s most luxurious SUV brand, the IVM G80, displays a strong aura of finesse and class. However, the car has a strong semblance with the Mercedes-Benz G wagon brand, and has drawn criticism for unoriginality.

New cars are too expensive

In spite of some successes, the NAIDP has had some damaging effects on the automobile industry, one of these is high prices.

Before the NAIDP was initiated, new cars were much cheaper than they are now. A brand new Corolla, as at 2014 cost as low as ₦2.5 million.

Contrarily, in 2019, getting a brand new Toyota Corolla costs between ₦12 and ₦15 million naira. This increase has been driven by a mix of currency depreciation and government policy.

One way around this problem is to make cheaper credit available to working-class Nigerians. For instance, car owners can pay in instalments at single-digit rates, hereby reducing the burden of saving a lump sum amount.

Another Nigerian, Tunde, narrates his experience with me when he obtained credit for his car. When he purchased his car, he took a loan of ₦800,000 out of the purchase price of the vehicle which cost him ₦1.45 million. With a monthly payment of ₦40,000 to the bank, he was able to settle the loan in three years. However, he complained about the high interest rate charged by the bank, making him almost pay back the cost of the vehicle.

On the positive side, the National Automotive Design and Development Council (NADDC), the agency that regulates the NAIDC, announced in 2016, that the FG was planning to introduce a vehicle credit purchase scheme, commencing with an initial fund of ₦15 billion. For now, the fund continues to remain a pipe dream.

Nigerians like Tola have grown fond of the Tokunbo cars, which are more affordable compared to buying brand new cars. But, until right policies are set, Nigerians will continue to be stuck with tokunbos over tear rubber. 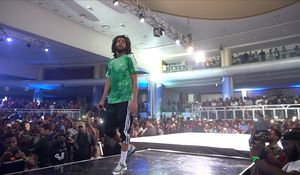 Do Nigerians have a problem with local rap? 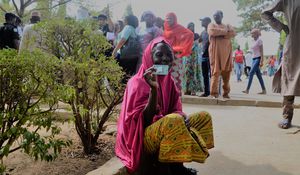 Nigeria is not ready for electronic voting