Nigeria’s former Finance Minister and Coordinating Minister for the Economy, Dr Ngozi Okonjo-Iweala, wrote a book titled “Reforming the Unreformable”, sharing experiences from her first turn as Finance Minister, between 2003 and 2006.

Perhaps more than anyone else, Dr Okonjo-Iweala did a lot to bring some semblance of fiscal sanity to Nigeria. Her legacy of fiscal reforms, transparency, accountability, and automation to separate the “goat from the yam” nudged Nigeria in the right direction. However, she still left a lot undone.

Nobody really knows what’s up

The Nigerian public finance space is like a black hole; no one knows exactly how much Nigeria earns and how much is really spent. Successive governments have created budgets centred on oil income, a trend encouraged by the practice of using an oil price benchmark as an anchor for the annual budget. Historically, budget spend has been significantly weighted toward recurrent expenditure i.e. salaries, debt service and other operational expenses, with usually only between a quarter to a third of spend dedicated to capital expenditure ("capex").

This explains why the country's infrastructure remains in such a parlous state, especially as budget performance for capex rarely reaches 100% implementation. The table below shows the recurrent to capital split from 2005 to 2016.

The current model is obviously unsustainable and belies Nigeria’s commitment to achieving the Sustainable Development Goals (SDGs) by 2030 (see them here). Throw in the fact that Nigeria's population is projected to rise to 260million by 2030 and the case for a more pronounced change in national spending is made.

At the heart of Nigeria’s failure to commit significant funds to capital expenditure is tunnel vision caused by oil rent. Easy to generate and easier still to plunder, all other avenues for driving federal income have been ignored, making Nigeria the poster child for Dutch Disease.

Nigeria’s fiscal policy management needs to change, and a good start would be through tax reforms that boost government revenue without seriously distorting incentives. This is especially important now that oil income has dropped by more than 60% between July 2014 and August 2016. The big oil paydays are now gone.

The country's tax rates need to be more progressive and should derive from an understanding of income generating activity in Nigeria. The current structure of Personal Income Tax (PIT) provides very little progression for significant jumps in income and flattens out at a very low level of income.

Essentially, Nigeria acts as a relative tax haven for the very wealthy. Add the fact that the withholding tax on dividend, rent and capital gains is no more than 10%, and one can see how the current tax structure can be taken advantage of by high-income earners. While it is easy to say very few Nigerians are in the high-income bracket, one widely accepted tenet of taxation is income redistribution i.e. ensuring that those who can afford to give more are required to do so. Nigeria’s current tax regime falls short in this regard.

With regards to Company Income Tax (CIT), the country needs a way to recognise the significant portion of informal economic activity and collect tax from this section of the economy. This makes sense because a larger tax base is a more efficient and equitable approach to taxation.

One way to do this is by making the CIT a progressive tax (like the PIT) so that SMEs end up either tax exempt or with very little tax bills. As it stands, the flat CIT rate of 30% is one of the highest in the world and acts as a disincentive, which, in turn, reduces the entrepreneurial activity needed to create jobs. This deters businesses from joining the formal economy – and the government loses out on these tax revenues too!

A need for political will

Tax reform is no walk in the park. But it is necessary for Nigeria to move into a phase of accelerated fiscal reform that eschews dependence on oil income. This is a lesson being learnt by even the biggest commodity exporting countries, with Saudi Arabia planning a public listing of part of its national oil company, perhaps the most valuable firm in the world.

The Federal Government will need to drive change, in partnership with states and the National Assembly to achieve an outcome that is meaningful and sustainable. 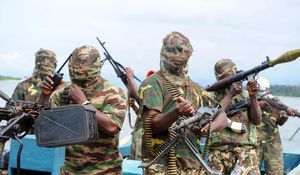 When You Negotiate with Terrorists 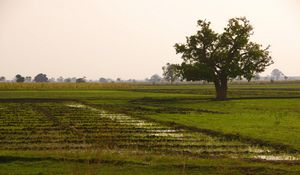 Sprouting Back To Life: The Revival of Agriculture

AfCFTA: A free trade agreement with no industries to benefit