“Do unto others as you would have them do unto you”

The above statement is known as the golden rule and is a sentiment that has been with human civilization for a very long time. Similar ideas are included in many religious texts (For example, Matthew 7:12 in The Bible) while Chinese philosopher Confucius is famous for prescribing that we “never impose on others what you would not choose for yourself”. Though the principle is often considered in terms of how we treat those around us, it applies with equal force when considering intergenerational conflicts.

We face such conflicts regularly. For example, as parents, we decide the percentage of our incomes to allocate to the education of our children. Less obviously, these conflicts are prominent in economic and political choices. In politics and economics, we often have to answer the question of how Nigerians living in this present time should treat the Nigerians of the future.

Nigerian governance is driven by short-termism. The focus on election outcomes and popularity often means that short-term results and quick fixes are favoured over long-term solutions and sustainability. Even the campaigns for the recent elections were centered mostly around contemporary issues. Of course, this approach directly contradicts the golden rule as the present is prioritised too highly over the future. Similarly, the Nigerian government has a reputation for being imprudent in how it manages its finances. Unfortunately, the 2015 Budget, influenced as it is by the harsh economic environment in the country, does not do much to shake this view. 15% of the budget is dedicated to capital expenditure, less than the proportion dedicated to servicing national debt (20%).

So what then can the golden rule teach Nigeria as it deals with its current issues? Well first of all, we must radically alter our approach to national finance. We can no longer relegate capital expenditure to secondary status in the face of contemporary issues. Nigeria finds herself in a difficult position – years of under-saving have led to an infrastructure gap that the country now finds itself ill-equipped to address while simultaneously navigating the current oil crisis. However, capital spending is the only long-term solution. Investment is necessary for success in our attempts at economic diversification.

Similarly, to change the current pattern of government revenues (heavily oil reliant), we must adopt a more modest approach to resource depletion. An approach that compels governments to properly consider the intergenerational tradeoffs of resource depletion would also compel them to establish other viable revenue streams. Unfortunately, tough political and economic decisions will have to be made. Nevertheless, we cannot procrastinate forever as we end up pushing this responsibility on to future generations.

As the central bank strives to resolve the unfolding currency crisis, long-run stability must be prioritised above all else. It must be conscious that the different solutions available (completely removing fuel subsidies, freely floating the Naira etc) have costs and benefits with asymmetric timelines. Too often short-termism has determined the chosen approach and we end up moving from crisis to crisis without ever tackling the fundamentals.

Even after formulating his excellent model on long-run economic growth, Robert Solow must have known the theory was incomplete. The solution, offered by prominent economist Edmund Phelps, was the golden rule level of saving in an economy. The golden rule dictates that as an economy, we should save up till the point when the marginal return of investment equals the rate at which capital loses its value in the economy (depreciation rate). When this happens, the economy is able to achieve the highest stable level of long-run per capita consumption.

The peculiar name of this result in the model stems from the fact that in their savings choices, each passing generation treats all future generations as it would like to be treated – by saving enough to enable them attain the same level of per capita consumption. In order words, they obey the golden rule. So when applied to the fundamental theory of long-run growth in economics, the golden rule turns out to be the best prescription for prosperity.

One particularly insightful result of the Solow model is that it is much easier to go to the golden rule level of saving if you have been saving too much than if you have been saving too little. This makes sense as no one likes cutting back on spending. Even now, austerity is an unpopular policy. Yet too often, austerity in Nigeria means tightening the belt of the future Nigeria, never the present day one. It is time we depart from that and treat them as we treat ourselves. Let us think about the future. For a better today, and a better tomorrow. 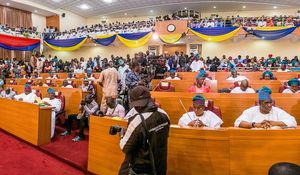 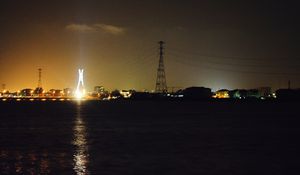 We ve NOT Got the Power!