The Necessary Math of Presidential Politics

Football fans have cup finals; politicos have election nights. Each has its peculiar mathematics for winning; goals scored or votes earned. Sometimes, a little more is needed to determine a winner; a penalty shootout, or a second round of voting. Ahead of the 2019 elections, we need to understand the mathematics of presidential politics.

Nigeria started off with the Westminster parliamentary system, effectively separating the Head of Government from the Head of State. This is why we fondly remember Nnamdi Azikiwe as 'Nigeria's First President'. But, after disputed elections, unreliable census figures and identity politics culminating in two coups and bloody civil war, the constitutional conference of 1977-1978 recommended that Nigeria adopt a Presidential system of government. The logic was simple: we were more of a Federation than anything else.

These ideas formed the basis of the modern presidency. The powers of the President would not be ceremonial, but instead, extend beyond the scope established by the Prime Minister’s Office in earlier constitutions. The political climate of the 1970s, post civil war, emphasised unity above all else. Those who framed the constitution believed in a powerful President, one able to bring together the various strands of our identity into one cohesive and progressive nation.

The person would need to have national popularity, beyond areas that were densely populated. They settled on a solution: anyone elected President would have to win an absolute majority but also gain at least a quarter of the votes in two-thirds of the states of the federation. The era of Presidential mathematics was born.

In a striking example of incompleteness, the Constitution failed to account for fractional results. So, you could either round that up to thirteen or claim twelve and a portion of a state was enough if that portion was a quarter of that state. If you are already confused, spare a thought for the justices of the Supreme Court who presided over the Awolowo v. Shagari case in 1979.

In a scenario straight out of Nollywood, this problem emerged in the first-ever Presidential election as Shagari won the popular vote but only fulfilled the two-thirds provision in twelve states. In one of the most disputed rulings in our judicial history, the Court decided that Shagari's 19.9 percent in one State could count as the remaining 0.66 left to reach the constitutional threshold. In other words, twelve states were enough. Nigeria's first Presidential elections were decided by mathematics.

In 1999, Nigeria returned to democracy after a sixteen-year absence and enacted the 1999 Constitution, modelled after the 1979 version. The one-quarter of two-thirds rule is still operative and remains unresolved. We have thirty-six states, but for Presidential elections, the Federal Capital Territory is considered a state. So, in Presidential elections, thirty-seven states are in play. Two-thirds of thirty-seven is 24.67. No election has been as close as the 1979 elections, and the winners of all recent presidential elections have easily met the constitutional threshold. This may not always be the case. We hopefully have freer and fairer elections to come. But in a country increasingly divided along tribal and partisan lines, the time may come when this mathematical uncertainty is the source of a constitutional crisis. What is two-thirds of 37? Is it 24 or 25?

We could adopt an alternative model, the Electoral College used in the United States, where the number of the representatives of a state in the National Assembly equates their votes in this college.  But this comes with two problems. First, no one knows how many Nigerians there are. Of the top 10 states by population, four alone are in the North-West. If Nigeria used a US-style electoral college, based on the number of representatives in the National Assembly, a candidate would only need to win the votes of the North to get elected. That isn't unifying the country.

A direct approach may be best. A constitutional amendment, confirming the exact number or format, could go a long way in avoiding potential issues. Ignore this, and we may be doomed to history repeating itself. 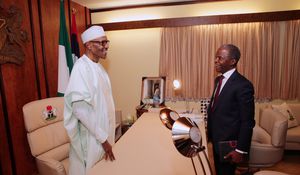 Explainer: How The Nigerian Government Is Funded 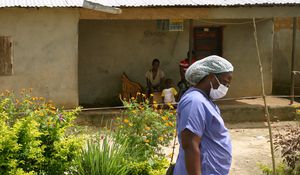 FW: Ebola is in Africa, again.