How women are side-lined in critical roles across the agricultural value chain.

“There is no tool for development more effective than the empowerment of women” - Kofi Annan.

Several studies have shown that when women get more opportunities, economies grow. The International Monetary Fund (IMF) estimates that if female farmers have the same access as men to productive resources such as land and fertilisers, agricultural output in developing countries could increase by as much as 2.5 to 4%.

Such development grows from the home, as empowering women leads to more control of household resources and financial independence. A situation that changes household spending in ways that positively impact children.

Data from the World Bank shows that when women control more household income, they spend it on food and education, which is highly beneficial to their kids.

In Nigeria, there's room for this development to happen in our agriculture sector. Women make up a significant proportion of the industry.

Estimates on just how much vary. At one end of the spectrum, the Nigeria Bureau of Statistics (NBS) says women account for 35% of employed farmers. The UN says women’s contribution to agriculture is estimated at 60 to 79% of labour. It's enough to say that they are critical to the sector.

One would expect that the women should be at the forefront of the agricultural sector, right? Wrong.

Despite the benefits of empowering women and their role in the agricultural sector, they are highly disadvantaged. This is because women are hardly engaged in decision making and tasks perceived as more economically rewarding.

Women have little control over their roles

Women are continuously side-lined in critical roles, and the effects of this action cuts across the agricultural value chain.

In a conversation with Mrs Lizzy Igbine, the National President of the Nigerian Women Agro Allied Farmers Association, I was able to take a trip down various aspects of the chain.

I found that most times, women do not have to control over the roles they can take up on farms. The head of the family, most likely a man, decides this. He also dictates which farm the woman would work on.

Out on the field, the roles women and men engage in are different. For example, the men typically spend 4-8 hours daily, clearing the land, ploughing, weeding, transporting and harvesting. In contrast, the women spend the same time processing, planting, applying fertiliser, marketing the products and tending to the home.

Although women work in productive roles, they sometimes have no control over the money they earn and get paid less. It is also rare to see a woman who works on her husband or father’s farm receiving pay. And if she does, she is often required to use the money for the family business or household needs.

For women interested in owning their farms, the odds are against them.

On average, females own only 16% of farmland across the country. In some regions like the North East, the case is even worse. Women only have control of 4% of farmland. The figure is 10% in the South East and South West.

Most farmers acquire their farms either through inheritance or purchase. But the culture in some regions restrict women from inheriting land - the belief is that they would get married and become subject to the dictates of their husbands. Which means they may sell it or never use it.

“It’s very few fortunate women that can say they have farmlands bought with their money or they own,” says Mrs Lizzy.

Even when women are given land as an inheritance, it doesn’t necessarily mean they get an equal portion size.

It varies by region. In Taraba State, average holdings are 7.5 hectares (ha) for men and 0.8 ha for women; Abia State showed equal average holdings for both sexes. However, women in Katsina State had slightly higher average land size (0.8 ha) compared with men (0.6 ha).

The other option for women is to buy land and to do that; they need money.

A woman who has no personal source of income and relies on her husband for all the money she spends might find it difficult to buy land, especially if he does not believe she needs it.

Some eventually succeed in buying, but still encounter several hoops to succeed at planting. Convincing her family is the first roadblock - especially if they believe she should focus more on planting on the farmland owned by her husband.

Insecurity is another significant hindrance to farming as a woman. Being alone in the farm exposes a woman to the risk of rape, and even having others around isn’t a strong deterrent.

“Some of the women who dare go far away to the farm are raped. Even this herdsmen issue, another farmer who is with his cows will see a farmer in her land and come after the woman, rape, kill and scatter her farm, is it right?” Mrs Lizzy laments.

Sometimes even these farms are inaccessible. When the road leading up to a man’s farm is remote, he can make the path to work there, but this is not always the case for women.

Some of these challenges - like insecurity and inaccessibility to farms - are not peculiar to women, male farmers also struggle with them, which is why they turn to their farmers associations for help.

These farmers’ groups act as plugs to agricultural solutions. Members of the groups obtain loans and grants from the government and Non-Governmental Organisations (NGOs) to help scale their businesses or even start a planting season.

Training and technical information also get to the farmers through these associations. The easiest way to introduce new technology to a community of farmers is through these groups.

However, like most gatherings in life, the majority carries the vote. Whoever is not present or does not contribute to the conversation is not taken into consideration.

Male farmers are well represented in such groups and contribute as much as can benefit them. Most of them steer the conversations to their favour and benefit significantly to the rewards that come from it.

But the women are hardly found in these conversations. In the North, the majority of the farmer’s groups are gender-based due to cultural constraints that restrict them from being in groups together. So the women don’t even belong to the associations that get solutions.

In the West, where this is not the case, female participation in groups is between 51 and 75%.

But even when women belong to these groups, they don’t participate or lead in the meetings. So it’s hard to take up issues that are specific to them because no one hears these issues.

“The men are more educated than the women; while the men who aren’t will mix with others. But our women; they will stay until we come and meet them, train them, empower them, even go with someone who can speak their language,” says Mrs Lizzy referring to the work done by the Women Agro Allied Farmers Association.

To formally recognise the presence of female farmers and meet their needs, the Women in Agriculture (WIA) policy was established in 1986. It is the umbrella programme set up to include women in Nigeria’s Agricultural Development Programme (ADP) - created to increase the income of rural farmers.

Projects under the WIA have been directed at increasing the skills, productivity and finance of female farmers across the country. The policy has recorded tremendous growth in getting the voice of women heard and reaching out to them.

Several female farmers’ groups were set up through the policy and have worked to solve the problem of low representation of women in mixed groups. These groups try to meet the women at their specific needs and connect them to the government and NGOs. 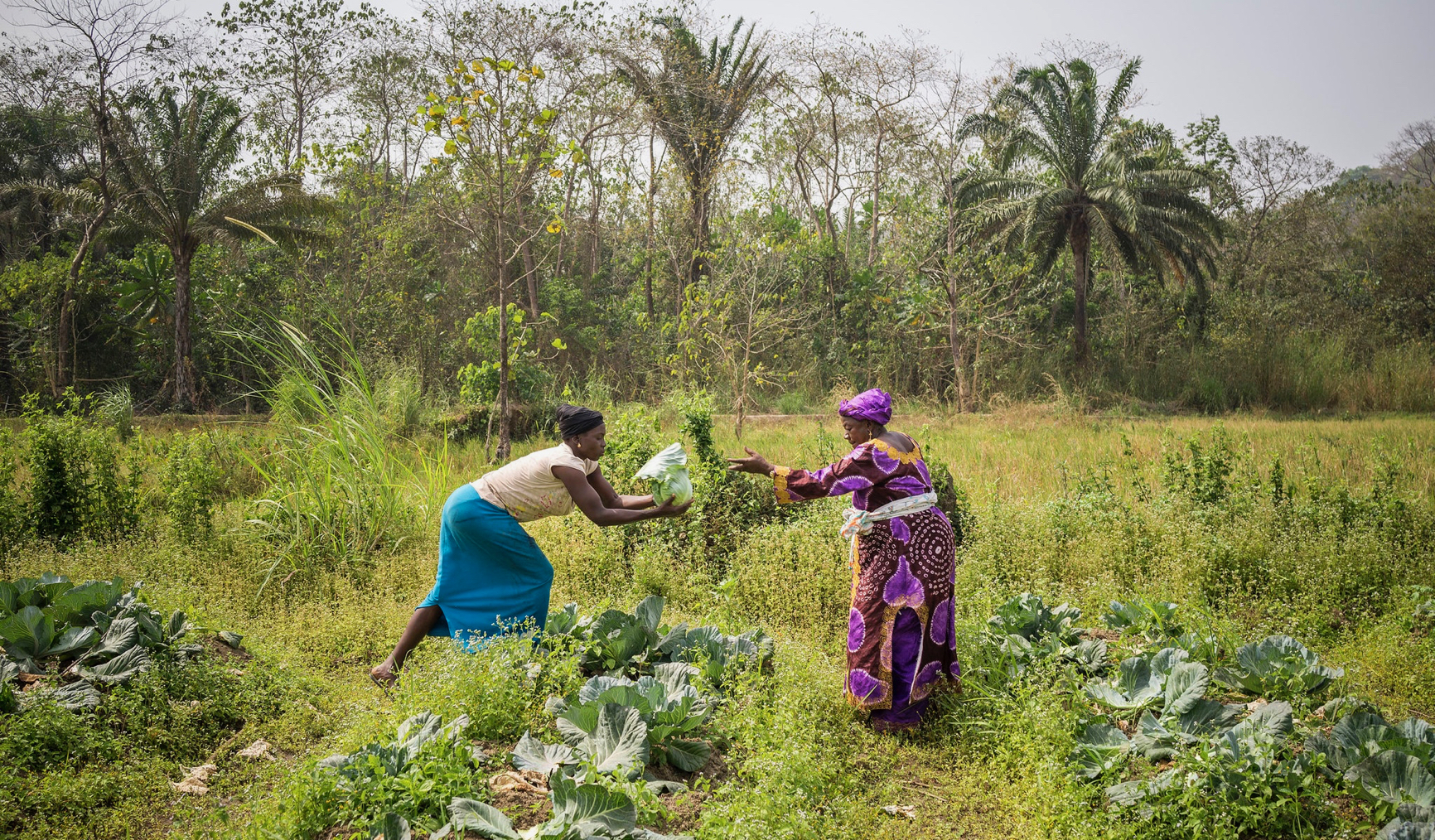 Two women on a farm

They also provide female extension staff who teach and train farmers on ways to plan to increase their productivity and incomes.

They do this by teaching them how to plant, process, store and use efficient methods. The importance of female extension staff for female farmers is to prevent any cultural barriers that may prevent the farmers from learning from male extension farmers.

Extension agents are an important strategy in training farmers to boost productivity. Ethiopia, known for its productive agriculture sector, has extension workers that cover 70% of farm households. Nigeria only has 7,000 in total.

Insufficient extension workers is a significant issue. If there aren't enough people to meet with the female farmers, they are disadvantaged. The current ratio of these staff to farmers (male and female) is poor. “Best practice ratio is one worker to 500 farmers who are within his community, but what we have is one extension worker to as many as 5000 farmers,” Mrs Lizzy laments.

However, it's not just about teaching female farmers. Some fundamentals need to change for women to be given a better chance in agriculture.

Educating a female farmer about the bank loaning process leads to little if she doesn’t have enough collateral to guarantee a loan or meet the criteria for government initiatives.

How then do we ensure that women who work hard on the farms, get the corresponding recognition and support?

Land use and ownership policies must be put in place to give women equal access to ownership and inheritance of land. This is one of the significant challenges that prevented the progress of the WIA policy. How do you support a woman who is not entitled to an area for farming?

The land policies must be public knowledge and should involve everyone in the community - especially the men. This is needed to debunk cultural practices that are detrimental to women.

Apart from policies, the women could be given some land, either for sale or for lease, “Will the government come and expand the unfarmed areas so that they can share it with the women? Can they give women land where they would not be raped or killed?” Mrs Lizzy asks rhetorically.

The government also needs to put quotas in place for its community initiatives. For example, if an effort offers farmers fertilisers, the quantity available can be split equally between men and women to remove barriers to access.

Initiatives targeted at women have to be intentional; it requires both male and female participants with a collective goal of making fundamental changes. It’s not just about providing support at the end of the road but changing the factors that put women behind in the first place. 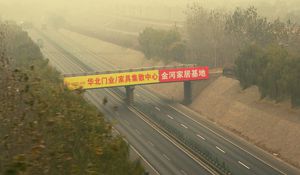 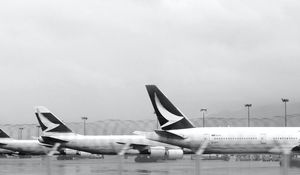