The Respect missing in our National Assembly

They say respect is reciprocal; you earn when you show it. Nigerian culture teaches us that respect is a value that cuts through every corner of our society. But typical of Nigerian hypocrisies, it is absent in legislative governance. Senators and Members of the House of Representatives have time and time again failed to respect the offices they hold in a manner that elicits the respect of both citizens and other government officials.

Lawmakers play a crucial role in any democratic institution, in that they shape, instruct and censure society. In return, Nigeria’s lawmakers – federal, state and local, have a lot to live up to. But in our corridors of power, personal gain has maintained a stronghold on political motives, depriving the National Assembly of the sense of responsibility needed at the core of governance.

At this point, the National Assembly has received the level of respect it has earned. It is only when a country’s principles are elevated above individual interest in practice, rather than in theory, that the government can justifiably expect the full respect of its people.

The Respect of the Government

As far back as April 2014, the House of Representatives invited the then Minister for Petroleum Resources, Diezani Alison-Madueke to respond to allegations that Nigeria's national oil corporation spent ₦10 billion on her personal expenses. She refused, stating that the committee had not satisfied the requisite conditions to invite a cabinet member. The House described her refusal as an affront.

Diezani’s motives aside, Nigerians are familiar with these sorts of stories in the local press, and how they tend to play out. Starting from what usually appears to be a 'probe' into a public officer, the drama then evolves beyond the original investigation before it is suffocated, as the egos of our ‘honourable members’ dominate proceedings and turn the issue into a media frenzy.

For the sceptics, the evidence is limitless.

More recently, in what appears to be a spree of unhelpful invitations, at least to the average Nigerian, the Assembly got caught up in a back and forth with several administrative heads. The most comical of these was the invitation of the Comptroller-General of Customs, retired Col. Hameed Ali, who initially refused to honour the Senate's invitation. When he eventually appeared, in what has become the symbol of legislative sensitivity to 'disrespect', the Senate ignored the issue at hand, focusing instead on the mundane matter of his chosen attire. Here lies the story of bruised egos in the National Assembly.

The Respect of the People

With 2015 came the change mantra and a belief that all levels of government would embrace a new and productive democracy. It reinvigorated the people, convinced as they were that the days of government accountability were finally upon us. But in Nigeria, the more you look, the less you see.

The honeymoon was short-lived, and in a few months, it became evident that change evaded us. Up until recently, the National Assembly delayed the publishing of its budget, has failed to confirm the EFCC Chairman, and voted against the passage of the Gender Equality Bill. At the same time, they moved swiftly to amend the Code of Conduct Tribunal Act once the Senate leadership was under threat.

Ideally, the National Assembly, because of its size, ethnic diversity and geographical spread, should represent our national values. By design, it was created to command respect. Even with this edge, it continues to display a preference for persistently demanding respect, without attempting to earn it.

Take, once again, the Customs case. Lawmakers initially showed an awareness of real problems when they rejected the proposal to collect duties on both old and new vehicles in the country. This was the precursor to the invitation of Col. Hameed Ali (Rtd). However, subsequent events completely distracted the lawmakers from their duties. It can no longer be perceived as lawmakers standing up to an anti-people policy, raising the question as to why lawmakers do not concentrate on the substance of issues knowing the good it will bring the people.

It is evident that substance is more rewarding in the eyes of the citizens. In the meantime, we are faced with a society where fashion is a national issue, but policy is not.

How Respect is Earned

In societies where higher standards are upheld, legislators understand the difference between form and substance. It is not that legislators in the US Congress or British Parliament lack the ability to hold the government to ransom or distract citizens with grand gestures of efficacy; it is just that their primary concern is usually the state. That is the basis of their respect.

In Nigeria, our lawmakers do not seem to appreciate the difference. In a move that displayed the US Congress’ dedication to diligence, some lawmakers from both political parties have agreed that a probe into the extent of Russia's role in their presidential elections is required. With the sack of former FBI Director James Comey, one-time FBI director Robert Mueller has quickly been appointed as a Special Independent Prosecutor to investigate the issue. It is obvious that in the short term, a particular party stands to benefit from the outcome of the election. However looking beyond party affiliations and short-term self-interests, some American lawmakers are aware of the long-term implications of allowing the issue go unresolved, and have resolved to ensure that such an incident does not reoccur in the future.

A public officer worthy of respect ought to pledge loyalty to his country, his party and then his self. In Nigeria, the inverse is the case. We have misplaced our priorities. The sooner our public officials and institutions selflessly deliver their mandates, the sooner the people will respect them. Till then, Nigerian politicians must remember, respect is earned, not demanded. 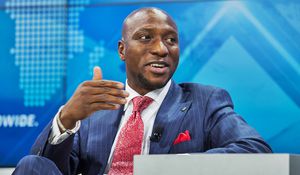 Welcome to the Nigerian Stock Exchange 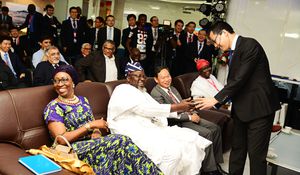