Creating a sustainable healthcare workforce is becoming a global problem.

In the west, countries face a situation where doctors are ageing. Their physicians are also not evenly distributed across the different states, so they have to recruit from developing countries.

The World Health Organisation (WHO) recommends that physician density be one doctor per 1,000 patients. While most western countries meet up to that standard, for developing countries, this density is often low.

The WHO reports that 44% of its member states have less than one doctor to a thousand sick people.

The poor health infrastructure and higher disease burden, common in these countries mean the doctors available in these regions are often overworked and underfunded.

Nigeria has its unique problems. It "loses" $1 billion annually to medical tourism and has been slowly and steadily losing its doctors as they seek better jobs in more developed countries.

India shares many of the same problems with Nigeria in terms of healthcare; the country ranked 112th in health infrastructure during a recent WHO assessment, while Nigeria was ranked 187th.

It loses its domestically trained doctors to foreign countries for many of the same reasons Nigeria does.

However, despite being six times larger than Nigeria, its doctor-patient ratio almost meets up to the WHO standard at 0.9 doctors per 1000 patients compared to Nigeria’s at 0.4.

But India has recorded steady improvements in physician density in the last two decades. From 0.41 in 1993, growth has trended upwards to 0.9 as of 2018.

India is one of the main destinations.

The Asian country is popular among Nigerians who spend at least $200 million there, on health care every year.

Among the 40,000 Nigerians that visited India in 2015, half of them did so for medical reasons. Transplant surgery, joint replacement and dental surgery are among the procedures carried out.

How is the country able to provide high-level healthcare services and Nigeria can not?

It is because India’s model is one where the private sector is a major player in healthcare provision.

Most of India’s medical tourists and citizens receive treatment from the private arm of its healthcare system that is much stronger than its public, government-funded counterpart. The country’s private sector provides healthcare to 82% of patients.

Their private hospitals are equipped with state of the art facilities that can provide the healthcare that Nigerians seek.

But as with some of Nigeria’s private-owned hospitals that also provide India’s kind of advanced healthcare, it is often unaffordable.

Most Nigerians who seek medical treatment abroad do so based on awareness of some of the genuine problems in the healthcare system, such as lack of adequate doctors.

However, some patients are poorly informed of the services available within the country. This was the case of a patient who died abroad after a surgery that was available in both private and public hospitals in Nigeria.

Nigeria’s handling of the COVID-19 pandemic has given a pointer to how Public-Private Partnership (PPP) can solve the challenge of the country’s health care infrastructure.

Many of the facilities for testing, and for managing Covid-19 patients were provided partly through investments from the private sector.

In India, a study revealed that 37 million citizens were pushed below the poverty line annually from out-of-pocket (OOP) spending on healthcare. This happened prior to a government intervention where public-private partnerships were used to reduce the high cost of specialist medical care.

Funding is an issue in India and even here in Nigeria.

But while the government is undeniably cash strapped and the private sector may have other incentives, the strengths of both parties such as influence and credibility can be harnessed.

Take India’s Yeshasvini scheme as an example, it was led by a doctor in the private sector who influenced two million members of a cooperative to contribute five rupees (₦25) each as a form of health insurance for all members.

The Indian state government supplemented these funds, but more important was the access to surgical and outpatient care it granted middle and low-income workers of the association.

The same Indian doctor established the Narayana medical care which uses price discrimination to allow premium patients to supplement the medical bills of poorer patients. The model is profitable and ensures that doctors are paid well and retained.

Replicating such partnerships can ensure that decent medical care is available in Nigeria. Rather than losing a billion dollars yearly to other countries, the money for health care can be spent and invested within the country to grow the sector.

The problem of manpower will likely remain if issues that Nigerian physicians face -such as low-output of newly trained doctors and low income that creates the strenuous working conditions- are not improved.

However, investing in the institutions that train doctors could motivate more physicians to stay within the country.

Nearly 86% of America’s foreign-trained doctors are from Nigeria, Ghana or South Africa. Most of these African doctors were trained in only ten medical schools which could be one of the reasons for low-output. This makes policymaking easier to target.

With more people signing up for medical care in the Narayana scheme, the initiative was able to employ young doctors from within the locality and trained them. Even though they were not paid as much as their colleagues abroad, they were not poorly paid.

Relying on the new budget with ₦414.5 billion (less than 1% of GDP) directed towards healthcare will not be able to cover the problems the sector faces. WHO recommends at least 5% of GDP be dedicated to providing health care services.

As the rest of the world finds solutions that address their healthcare challenges, Nigeria needs to actively seek solutions that would prevent today’s health care problems from snowballing into a permanent epidemic. 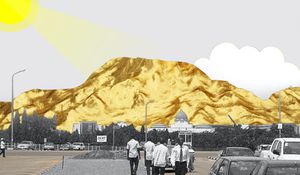 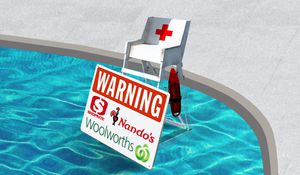