A few weeks ago, a BBC documentary on codeine addiction in Northern Nigeria stirred the country into action. The Federal Government moved to ban the import of drugs with codeine, which the wives of Northern governors hailed.

Emzor Pharmaceuticals then revealed it would suspend the manufacture of Benylin with codeine. But many people already knew about the drug problem in the North, and some argued that the ban will be ineffective at tackling the issue.

Now that the dust has settled and stakeholders have had their say, we now ask, were they correct?

What we know is that excessive doses of codeine can cause several health issues, ranging from respiratory dysfunction to mental psychosis, as is apparent in Northern Nigeria. But this is the effect of substance abuse, not use. People always have – and will always – found substances to get high off, and African countries have suffered from excessive use of tobacco and cannabis, glue-sniffing, and even tramadol. Banning codeine is plaster over the real problem, and ignores the need to acknowledge substance abuse and addiction as an issue.

Then we get to the issue of prohibition. This has always been a political tool more than anything; once something loses its appeal, banning it becomes appealing. Prohibition has proven woefully ineffective, and history can show us how this plays out, from the prohibition in America to any number of cocaine cartels.

As with most banned items, criminal groups will step in to fulfill that demand. This usually involves smuggling and increased criminal activity, and if we apply the Northern Nigerian setting – potential terrorist financing. A ban creates a thriving shadow economy for the item, one that will benefit neither the Nigerian government nor its citizens.

Meanwhile, those who need codeine are no longer able to access essential medicine. Codeine is a prescription drug because there are circumstances that warrant its use, like pain management. Right now the ban only seems to apply to cough syrup containing codeine, but even for a cough, it is more effective than its market substitutes.

And yet the critical issue here is the one that is most often overlooked: the root of substance abuse can only be traced to people, not the substance. We cannot eradicate drug abuse by targetting the drug; we must understand its users.

Unfortunately, society remains far away from a healthy understanding of substance use and abuse, even in developed countries.

When Portugal decriminalised drugs in 2001, some thought it would lead to an explosion of drug consumption, but over 15 years later, few people in Portugal die from a drug overdose. By treating addiction as a social and health problem instead of a criminal one, Portugal has begun to reduce the rates of consumption. Nigeria should do the same.

Rather than focus on bans, the federal government should focus on finding out the primary drivers of addiction in various parts of the country and put together a coherent strategy for dealing with the drug problem. Right now, we don't even know the real scale of the problem. Without understanding the problem, any ban will fall under the umbrella of motion without movement.

Furthermore, addiction is a manifestation of more profound social and economic malaise. For starters, Nigeria’s unemployment rate is 18.8%, and 1 in 2 young people are unemployed or underemployed. That’s one major colossal driver right there. If the core issues are not addressed, then we're just treating the wrong ailment.

Before electioneering replaces governance, it would be wise to act now. No matter how many substances it bans or policies it drafts, the Nigerian Government – and broader society – must be prepared to address the underlying drivers of the relevant behaviour. Else, we would learn the hard way that no matter what you try and ban, there is no legislating virtue or vice. 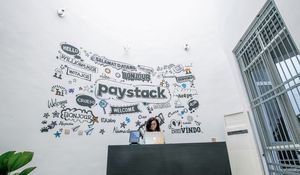 What’s Next In Nigerian Internet Tech? 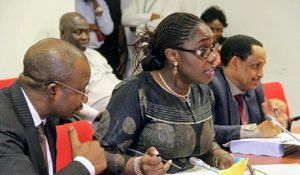 From Venezuela, to Nigeria, with Love