This meeting could have been an email

It is 11am on a Tuesday and you get a series of calendar invites from your boss and the Human Resources (HR) department. Your boss has scheduled a team meeting to discuss client accounts, and another with senior management to provide updates on the first one. Meanwhile, HR wants to speak to you about an email you sent to them on employee management.

Your flow state is lost and your productivity has peaked at 12pm. Worse, none of the meetings provide new information. In fact, you had sent several emails detailing your progress on the accounts and HR could have done a google search for answers to their questions.

By the time all the meetings end, it is 5pm. Jaded, you clear desk and head home with one dominant thought: these meetings could have been emails.

Making fun of how soul-sucking, painful and pointless meetings can be has become a key part of the corporate world. It has even found its way into pop culture. The Office U.S., an award-winning sitcom that follows the lives of a group of employees, ran an episode where Jim & Pam kept escaping boring meetings by faking labour. The pair get called out for using the tactic, but the message is clear: people will do anything to avoid bad meetings.

In 2017, Harvard Business Review surveyed 182 global senior managers who agreed that meetings can easily deteriorate into boredom and unproductivity. One manager confessed to stabbing her leg with a pencil to prevent herself from screaming during torturous meetings.

Meeting pains are exacerbated in Nigeria due to tardiness, religion, and other cultural influences.

A colleague once told me about a meeting she had at a prominent Nigerian government institution. The meeting was scheduled for 2pm, but everyone finally arrived at 2:30pm, after which it took a further 10 minutes for them to find their places as they had to sit according to seniority. Once they settled in, prayers lasted another 15 minutes. The meeting officially started at 3pm but they did not get to the agenda for the day until 3:30pm because one director decided to give a preamble, compelling another director to follow suit.

The meeting ended at 5pm and the only conclusion was that they would need to have another meeting to understand the issue at hand.

Meetings are here to stay

Meetings are instrumental in building relationships and achieving collaborative goals in an organisation. They allow co-workers share ideas, values, and networks. But when meetings become purposeless, they are a source of frustration and a waste of time.

Our reputation for unnecessary meetings is an international joke. Kwintessential, a global language firm that advises businesses entering foreign markets, tells Nigerian visitors to ‘expect meetings to take a lot of time and to involve a certain amount of beating about the bush’. Nigerians like to feel at home while doing business; combine this with a culture obsessed with seniority, and meetings become a charade of sycophants.

Globally, the Massachusetts Institute of Technology found that meetings have gotten longer in the last 50 years, with many executives spending up to 24 hours a week in meetings, up from 10 hours in the 1960s. This increase could be due to global changes in organisational structures as today’s organisations are flatter, less hierarchical, and place more emphasis on employee interactions.

The challenge for the Nigerian firm is how to maximise the productivity of meetings in a world of lengthier and more frequent meetings. As Nigeria battles with unemployment, inflation and poverty, unproductive meetings, especially in major institutions add to the direct and indirect costs firm’s face.

Firms around the world are tackling the issue by adopting innovative meeting styles.

Amazon banned PowerPoint presentations in favour of six-page memos that all attendees must read for the first 30 minutes before discussing. The goal is to force the writer of the memo (usually the person who called the meeting) to really understand the topic as the memo will take some time to write.

One drawback of this approach is that it could make meetings longer if the issue to be discussed is particularly difficult. However, Andy Grove, the former CEO of Intel, argues that it forces the author to be more concise than they would potentially be if delivering the report verbally. Amazon’s approach to re-inventing appears to have worked for the firm and helped them increase productivity but this might not work for every firm.

In Nigeria, some private institutions are adopting strategies like setting clear agendas and even making attendees stand during the meeting.

One of the most productive meetings I have had was at a large Nigerian bank. The meeting was with the Head of Treasury, who insisted on an agenda and demanded that everyone clarify what agenda point they would be handling before the meeting via email. The less important agenda points were crossed off and only issues requiring face-to-face interaction were addressed at the meeting. It ultimately lasted 30 minutes and a resolution was reached on the best way and timeline for implementing their new treasury solution.

Don’t set up that meeting

Organisations and the workers within them must look at ways of avoiding the inefficiencies arising from bad, boring and unproductive meetings. The costs of these meetings far outweigh any benefits to be had from having them in the first place.

Having worked for a multinational company in Nigeria, I have a unique perspective on Nigeria’s meeting culture. I once sat through a meeting at an agency in Abuja with a visiting colleague where the only thing we agreed on was that we needed more information. My colleague refused to come back to Nigeria for any more meetings, and he spent the entire trip to the airport saying the same thing: that meeting could have been an email. 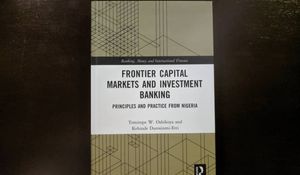 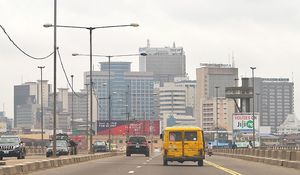 Is the Nigerian economy capitalist, socialist or mixed?