Too Young to Win?

As youth participation in governance gathers steam globally, the campaign rests moribund in Nigeria, stalled by local factors. Given this, the #Nottooyoungtorun bill currently being considered by State Houses of Assembly is an encouraging effort at turning the campaign into policy, inspired by the maxim “if the youth are old enough to vote, they are old enough to run”.

Truthfully, limited youth participation in Nigeria goes beyond age limits for political positions and the introduction of independent candidacy. Paramount amongst the stifling issues are concerns around campaign funding and electoral violence. As Nigeria begins to tackle youth participation, it is worth taking some time to look at the issues that may prevent the youths not just from running, but from winning.

The saying “money wins elections” is more than just a cliché; it has proven to be true, at least in the United States. As Alexander Heard quaintly suggested, money is the necessary “cost of democracy”.

In Nigeria, legislation imposes limits on campaign finance, but compliance is minimal. The 2010 Electoral Act pegs the spending limit for presidential candidates at ₦1 billion. However, the two principal political parties are estimated to have spent ₦8.7 billion and ₦2.9 billion in their respective presidential campaigns.

Naturally, these costs present a high barrier to entry for young and ambitious candidates with fewer income-earning years under their belts. As first time participants in the political process, lack of access to traditional patronage networks coupled with weak enforcement of campaign limits entrenches the electoral advantages of older and more seasoned politicians.

One solution lies in a fundraising technique usually associated with start-up financing. Crowdfunding, which involves raising small amounts of money from large numbers of people, has the potential to partly bridge the funding gap for willing candidates.

Already, donation-based crowdfunding platforms such as gofundme.com and Imeela are slowly emerging. A recent crowdfunding report stated that of $83 million raised in the African crowdfunding market in 2015, nearly $8 million was from Nigeria alone. Working on the assumption that the unofficial financial commitment required for a senatorial candidate is ₦200 Million (official requirement is pegged at ₦40 million), the viability of crowdfunding may be limited to lower profile political positions.

Admittedly, candidates interested in crowdfunding will face a unique challenge in Nigeria, a country with unique electoral funding techniques. Nigeria operates a ‘stomach infrastructure’ approach to campaigning, where candidates give money to voters, rather than the other way round. Asking Nigerians to fund campaigns is not unusual; indeed it happened in 2015, but it is not the usual dynamic.

In 2017 elections, Kenyan attempted to turn this model on its head by eliciting donations from the public, and one candidate managed to raise up to $53,000.

Over time, Nigerian politics has become a lucrative endeavour. The strong financial incentives of public office – whether elected or appointed – have made elections a do or die affair. As such, there is a strong trend of violence and thuggery. For ambitious candidates, especially the younger candidates with smaller networks of aggressive supporters, the violence is simply overwhelming.

Luckily, young people, recognising this situation, are actively opposing electoral violence. This was exhibited in Nigeria’s 2015 election with the “Vote Not Fight” campaign, where young people joined with the media, creative industries, civil society and nongovernmental organisations to demonstrate their desire to have peaceful elections.

The international community recently threw its weight behind this idea, through the United Nations Security Council Resolution 2250 on youth, peace and security. The resolution encourages countries to incorporate young people as partners in promoting peace and security and to give them a real say in how they are governed.

That being said, this problem is one that cannot be easily resolved. The irony remains that most of the thuggery is carried out by younger, physically able ‘voters’. But, these actors are motivated largely by money and patronage, which younger voters do not have as much access to. Indeed, this again highlights the primacy of money in determining the success of young participants in Nigerian elections.

Social media presents the greatest opportunity for young people to mobilise support for their campaigns, without breaking the bank. Candidates can circumvent traditional and expensive methods of accessing voters by connecting directly with voters online. With modern data analytics, it is easier to identify and target specific demographics like women and students.

Few mediums can compete with the sheer speed at which news, poll results and information can be shared on social media. Statistics show that young people are the primary users of social media in Nigeria and that 65% of the country’s voting population comprise this demographic. And as the role of social media in influencing political action by young people was seen in the Arab Spring, the potential for impact in Nigeria continues to grow.

However, the impact of social media should not be exaggerated. The internet is not exclusively owned and controlled by young people. The growth of marketing and media agencies in Nigeria means that senior politicians can pay to play. Targeted marketing campaigns by agencies on behalf of less tech-savvy and senior politicians still gives them the same access that younger candidates have. In this regard, it is worth remembering that while social media can leverage the reach of younger candidates, it does not discriminate against usage by older and more established candidates.

After all is said and done, one more point is usually overlooked in youth participation. Being young does not make one a good leader. The younger demographic must possess the human capital that makes them better than those they choose to replace. This involves developing the skills that established politicians are criticised for lacking.

It is not enough to carry banners claiming marginalisation. Do our young people possess core competencies of leadership and nation building? Do we have better policy-making skills, understanding of political systems and civic participation than the current crop of leaders? How do Twitter-savvy youths and student union executives match up to nationalistic founders whose grasp of leadership, self-determination and Pan Africanism has been compared to the American founding fathers?

These are questions to ponder before taking the plunge into politics. After all, better the devil you know than the devil you don’t. 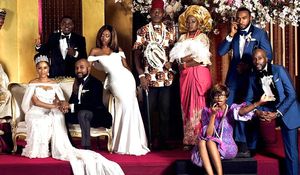 The Appeal of Nollywood 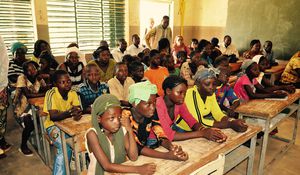