What are the G20 and G7's priorities in Africa?

This year the G20 and G7 had Africa as one of their top priorities. Summit leaders committed themselves to act in the official communiqué for the G20 summit and in the G7 closing declarations where they charted out investment priorities in Africa for the year ahead. Mostly, leaders pledged to address challenges broadly confronting the African continent, rather than specific countries.

While G20 decisions are not legally binding, a careful study of implementation records reveals that members have a 71% rate of executing their collective decisions. Similarly, the G7 is a non-binding forum, but it stands on a track record—not limited to its historical contribution to the pivotal cancellation of African debt.

In the year ahead, G20 and G7 investment priorities for Africa stand to benefit the continent in four key respects:

In Sub-Saharan Africa, one in four women in the workforce has started or manages a business, giving the region the highest female entrepreneurship rate in the world. However, these women face many challenges, including access to finance. To bridge the finance gap, G7 leaders committed to $251 million to the African Development Bank’s Affirmative Finance Action for Women in Africa (AFAWA) initiative to support women entrepreneurs in Africa. The AFAWA is a pan-African initiative to bridge the $42 billion financing gap facing women in Africa.

Insight: Support for African women is key to the continent's development, not least because of their well-documented 91% income spend on education, health, and nutrition, much higher than comparable figures for men (35-40%).

Businesswomen are becoming a key focus in Africa. Earlier this year, AFAWA received $62 million from the Governing Committee of the Women Entrepreneurs Finance Initiative (We-Fi). The initiative consists of four donor governments, eight multilateral development banks, and other public and private sector stakeholders.

These funds will focus on improving access to finance for 40,000 women-owned small and medium enterprises in 21 African countries. It will also look to include sectors that are usually overlooked, such as those related to “fashionomics” and “techpreneurs.”

The We-Fi implementation proposal also lays out plans to accelerate bank lending to African women using a moveable collateral registry. Recently launched in Nigeria, such registries allow women to use non-fixed assets as security for loans while also providing banks and loan companies with a better picture of risks.

To expand Africa’s investment corridors for private sector entry, the G20 launched an Africa Partnership in 2017. This year, G20 leaders encouraged the World Bank, the International Monetary Fund (IMF), and African Development Bank to further implement a core element of that Africa Partnership: Compact with Africa (CwA). Started by the German G20 presidency, the CwA initiative is an opt-in model for African countries to decide on reform measures they can commit to on the macro-economic, business, and finance fronts.

Insight: 12 African countries have joined the compact since 2017, including Ghana which is benefitting from the promotion of the government’s energy plan for 2020. Through the CwA, key investment opportunities are shared with potential investors across a number of Ghana’s transforming sectors. Two years in, Nigeria has not joined the CwA, and the largest economy in Africa may be losing out on funding from Germany, along with the opportunity for G20 countries to promote the business case for Nigeria.

However, the CwA has had only marginal success. Despite the good incentives, a study shows that African countries participating in the CwA have only achieved 5% of their commitments to create a better financial environment. The picture is better—but still underwhelming—on commitments for the macro-economic environment (33%) and business environment (22%) reforms.

Insight: A regional leader in technology, Kenya has led the way on the Smart Africa Initiative. Despite sparking some controversy this year, the East African giant is pushing through a mass enrolment exercise for national digital identity cards. The program is called Huduma Namba and it would collate all other identity cards that are usually carried around—national ID, passports and driver's licenses and so forth. Kenya’s programme has been hailed as a blueprint for other Smart Africa country participants, albeit with lingering concerns over data privacy and willful participation. Other digital agendas facing African countries include calls to accommodate e-voting in elections and renewed calls for cashless societies.

Young citizens on the continent are also increasingly seeking digital skills to be competitive in today's economic environment. To deliver a digital future, African governments will need to find a balance between citizens’ rights and digital transformation agendas. The G20-backed African Union and European Union Digital Economy Taskforce spells out a list of recommendations in this respect, with the EU Commission declaring its investment interest in Africa’s e-Government, e-Education, e-Health, e-Commerce, e-Agriculture, and Fintech aspirations.

G20 leaders committed to financial and technical assistance for the current Ebola outbreak—the second deadliest on record after the 2014-2016 period that claimed over 11,000 lives. This year, leaders also cast their attention on wider epidemics affecting African lives, ranging from polio and HIV to malaria and tuberculosis. The G20 resolved to underpin Africa’s health-related investors such as The Global Fund - a partnership looking to end the epidemics of AIDS, tuberculosis, and malaria.

Insight: Over a year after the outbreak, Ebola’s under-reported return to Africa has killed over 2,000 people. On the 16th July 2019, the World Health Organization (WHO) reported that an Ebola death in DRC's city of Goma was a “potential game-changer” given Goma’s high population density and proximity to high-mobility hotspots in Rwanda.

The DRC outbreak spread to Uganda this summer but was contained to one family before it could go any further. The WHO Director-General told the G20 the successful Ugandan containment happened “due to investment preparedness.”  Beneficiaries of the G20’s health investment, such as The Global Fund have additional scope to go beyond their traditional disease focus (AIDS, tuberculosis and malaria) and increase their Ebola preparedness spending across Africa. This is especially evident given the links between their primary diseases of focus and Ebola (including transferable health care system infrastructure).

Beyond congratulating Africa on its new free trade deal (AfCFTA) and predictable requests for better governance, both summits were, as always, vital for mobilising action and investments in Africa. G20 leaders resolved to make vital replenishment of the African Development Bank’s funds; and in October, they committed to a record-breaking $14 billion in The Global Fund.

While the G20 and G7 actions may not always follow through immediately or be the panacea to our problems, the importance of Africa’s participation each year will continue to yield incrementally important results for the continent.

*Article originally produced on the 23rd of November 2019 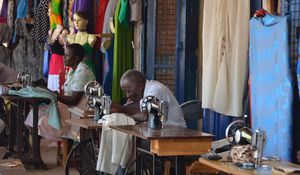 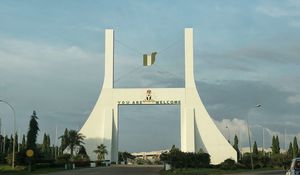 How Our Political Structure is Holding Nigeria Back