What happens when you fail to buy insurance?

This article was produced on behalf of the Insurers Committee, a body composed of NAICOM, the NIA, and all CEOs of insurance companies, as Stears explores Nigeria’s insurance culture.

What is the most important issue in America: Immigration? The economy? Guns? No.

Access to affordable health care, and it has been for the last five years. That’s why one of President Obama’s biggest achievement was Obamacare, and why President Trump, who promised to “repeal and replace” the Act on his campaign trail, has tried so hard to remove it.

In short, Americans are obsessed with health insurance, a truth that puzzles Nigeria given her poor insurance culture. Take your pick of explanations put forward to explain why Nigerians still shun insurance: we are too superstitious to plan for tragedies; we just simply don’t understand what insurance is or how it benefits us; most of us can’t afford insurance premiums, and so on.

We are unlikely to agree on the exact reason(s) for Nigeria’s poor insurance culture, but we can’t argue against the fact that it costs Nigeria—and Nigerians. Mrs. Yetunde Olubunmi Ilori, the Director-General of the Nigerian Insurers Association (NIA), is part of the Insurers’ Committee, a body composed of the NIA, the National Insurance Commission (NAICOM), and all CEOs of Nigeria’s insurance firms. She argues that low insurance penetration is one of the largest hidden costs in Nigeria, citing the recent Otedola Bridge tanker explosion. “Over fifty cars were burnt, but they could only identify five insured at the comprehensive level. Others only had third-party insurance, and that does not cover their own risk. So only five car-owners will get compensation for that tragedy,” she says.

Tired of the emphasis placed on the cost of not having insurance—“a lot of people don’t hear testimonials, just the bad things”—the Insurers’ Committee is taking charge of the conversation, partly by sharing the good news. “If you look at the corporates, the likes of the Nigerian Bottling Company have gotten compensation. There was also the time when part of the Dangote Sugar refinery got burnt and the insurance company settled the claim,” Mrs. Ilori expands.

At the centre of this push is a #LiveWithFreedom campaign that promotes the idea of insurance as something that enables individuals, businesses, and economies to live their best lives knowing that they have accounted for the risks. The most obvious way this occurs is through the peace of mind that comes with having insurance; for example, I know I have travel insurance, so I don’t fret over changes to my itinerary or issues during my trip, but insurance also has powerful spillover effects that are often ignored.

To understand the spillover effects (externalities), take a look at this account of how maritime insurance was the pillar of commerce in Ancient Greece and Rome, the most successful commercial empires in Western civilisation. And even in today’s modern economy, there is virtually no industry that does not incorporate some form of insurance. Perhaps the most popular example is that surgeons can only cut into patients because they know the hospital’s liability insurance will cover any mistakes. The insurance industry is so large that global premiums totalled $4.6 trillion in 2016, equivalent to over 6% of the entire global economy.

And insurance—or the lack of it—also has negative externalities. Going back to the Otedola Bridge incident, Mrs. Ilori adds, “I remember one particular lady who walked up to me to tell me she had four children, and her husband had been caught in the explosion. This widow is left with nothing.” Situations like this, where tragedy strikes and the affected party doesn’t have insurance, tend to hurt those involved but also hurts those that have to intervene to help them.

Going back to the reasons Nigerians shun insurance, superstition and ignorance can be tackled through education and experience, but what about pricing? Notably, it’s not about whether insurance is too expensive in Nigeria but about how to make it cheaper.

The most likely way of achieving this is through better risk-based pricing, i.e. charging people different premiums depending on their assessed risk levels. Using the example of car insurance, Mrs. Ilori suggests, “We all don’t need to pay the same thing. It will change depending on the use of your car, who is going to drive it etc.” Charging premiums based on differences in risk to encourage a broader range of people to insure is common. In Europe, women are statistically better drivers so enjoy cheaper car insurance premiums, even without insurance firms overtly discriminating by gender, which they are forbidden to do.

Another solution to the pricing problem is giving people more flexibility in how they pay their premiums. Although Nigeria’s “No premium No cover” rule prohibits selling insurance on credit, Mrs. Ilori believes there are innovate solutions that stay within the law. “It happens in other countries. You can have a structure that means you don’t pay at once, so you don’t feel it as much.”

But cleaner risk-based pricing and premium flexibility can only go so far; the best way of making insurance cheaper for Nigerians is by getting more people to insure. Insurance is based on risk pooling; typically, the more people in the pool, the better the risk is spread, and the cheaper it is for each person. “What will make insurance cheaper is many more people subscribing to it. By the time we imbibe the culture and have a larger population of Nigeria insuring, premiums will drop,” Mrs. Ilori agrees.

Insurance is a social issue

Considering this, and remembering the positive externalities of insurance explained earlier, there may be a case for making more insurance compulsory (Nigeria currently has seven types of compulsory insurance). This is because your decision to buy insurance is not just a personal choice, it is a social issue.

To see why, let’s go back to America. Even though California State sits on the famous San Andreas fault, making it one of the most earthquake-prone places in the world, just 13% of residents and 10% of commercial buildings have earthquake insurance. As 20% of the $10 trillion U.S. mortgage market rests in California, any major earthquake in the next few years would decimate the U.S. economy. In other words, a massive Californian earthquake could trigger the next financial crisis. Put in those terms, Californians’ decision to shun insurance may come back and bite everyone connected to global finance—including Nigeria!

The same logic applies to Nigerians’ unwillingness to get insurance; when floods hit, everyone pays.

Even if we do not want to make more insurance products mandatory, increasing awareness and strengthening the health of insurance firms are critical. On the latter front, NAICOM just increased the capital requirement for insurance firms to make them more resilient. Furthermore, the example of InsureTechs abroad suggests that the role of technology would not be direct provision. According to a Financial Times analysis of the industry, “Few start-ups have become full, risk-bearing insurers. Analysts say that the capital requirements, regulatory burden and complexity required, combined with the desire of investors for short-term returns, means that very few of them underwrite their own policies. The result is that for most start-ups, partnerships with existing insurers are critical.”

U.S. and Nigerian society are very different. You can trace the American obsession with guns and immigration to its history—as an immigrant society self-termed the “land of the free”—and founding principles (enshrined in the Second Amendment of the U.S. Constitution). But American’s interest in healthcare is entirely logic and universal; Nigeria is the anomaly. We see the role insurance played in the growth of ancient societies and how prevalent is in the global economy. One day, the penny will drop for Nigerians, and we will realise the importance of insurance. As Mrs. Ilori warns, “The reality is that whatever you don’t want to lose is worth insuring.” 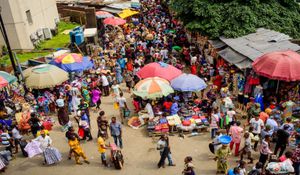 Much Ado About GDP 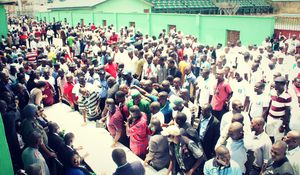 Explainer: What are Direct and Indirect Primary Elections?