What is the function of the Nigerian SEC?

The Securities and Exchange Commission (SEC) evolved in 1979 from the Capital Issues Committee, an arm of the Central Bank of Nigeria (CBN), following a comprehensive review of the Nigerian financial system. It is the primary regulatory institution of the Nigerian capital markets and is supervised by the Federal Ministry of Finance. A more prominent role the SEC assumes is ensuring fair dealings and protecting the trading abuses on the Nigerian Stock Exchange.

The SEC intends to promote, develop and regulate a capital market that is dynamic, fair, transparent and efficient. It does this predominantly by monitoring the registration of securities and market intermediaries to ensure that only capable institutions can operate in the market; inspection and audits of information from capital market operators; and investigation of alleged breaches of the laws and regulations governing the capital market and enforcement of sanctions where appropriate.

It also promotes market development by encouraging improved investor participation in the market through a combination of the investor activities.

SEC has recently been in the headlines after it announced in July that it was investigating Oando plc’s shareholding structure following its $1.65 billion acquisition of ConocoPhillips’s Nigerian business in 2014. Oando released a public statement shortly after to say it was aware the SEC had received petitions from some investors in relation to its shareholding structure but that the claims were untrue. So far little has been revealed from the investigation into Oando and it is unclear whether this is part of a wider investigation into Oando's business practices.

Although the SEC has been in existence since 1979, it has been gaining more prominence over the past few years as the country attempts to build a competitive capital market as part of its development. This means the SEC could take on a more leading role in attracting foreign investment into Nigeria's capital markets.

Find out more about the SEC. 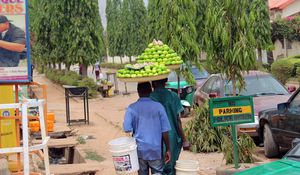 How The Poor Make Us Better 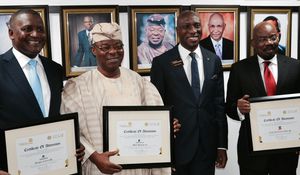 What is the NSE Premium Board?