What is the role of morality in the Nigerian economy?

Nation building is a task that requires effort on the part of both leaders and citizens. So far, a lot of attention has been paid to the role Nigeria’s leaders have played in its social and economic deterioration, with conventional wisdom placing blame on a lack of visionary and growth-oriented leadership.

More recently, citizens have come under scrutiny for their attitudes to development and nation building. This scrutiny has led to a simple conclusion: Nigerians have cultivated a culture of immorality and this has had a catastrophic effect on the country’s development.

Evidence gathered over the years suggests that there is a strong relationship between institutions and economic performance. Institutions determine the “rules of the game” in an economy and the extent to which these rules are upheld. This, in turn, affects the capacity of both public and private sectors to create wealth, whether through building infrastructure like roads and rail lines, or innovating through entrepreneurship.

For example, Nigeria’s underdeveloped contract enforcement and credit institutions have allowed a culture where customers are freely able to use services and delay—or avoid—payment. This manifests in different parts of society: from electricity distribution and the liquidity challenges of Nigeria’s power distribution companies to trillion-naira legacy debt the government owes private contractors. In general, societies where property rights, rule of law, social justice, freedom to contract and exchange are protected and promoted, chances of development are higher.

The negative effect of weak institutions on economic development was famously captured by Darren Acemoglu and James Robinson in their 2012 bestseller “Why Nations Fail”. The authors described “extractive institutions” where the ruling class exploit others and extract wealth from human and natural resources in the country—like Nigeria’s misuse of oil—and actively undermine efforts to refresh and reform industries, whether through the creative destruction of entrepreneurship or democratic change. These institutions are designed by the elites to enrich and perpetuate themselves in power. African readers should be familiar with this story, as countries like Congo, Angola, and of course, Nigeria, have had their paths to development curtailed by institutions of this kind.

In contrast, wealthier nations like Canada operate on inclusive institutions built on values like freedom, equality, accountability, and transparency. These values influence how members of such institutions interact and determine the norms of acceptability that influence behaviour. The result is an enabling environment for the development of a country.

Today, Canada boasts an economy with thriving private and public enterprises that offer social welfare services, reputable high educational institutions, and decent living standard for residents. No surprise then that Nigerians are emigrating en masse to a country with admirable institutions.

Nigeria in a Moral Disorder?

Morality is a fundamental building block in every institution. In the past, religious authorities and doctrine heavily shaped political and economic institutions, from the Rashidun Caliphate and Islam to British Empire and Christianity. Even today, moral values form the basis of—and are reflected in institutions. This is easily apparent in places like the Middle East, but is equally true in the Western world: the United States’ embrace of unfettered capitalism has roots in its founding principles of freedom and the American dream.

Any country would struggle to develop without enabling institutions founded on respectable values. After all, how can a country develop when theft is glorified in society? What is the fate of the financial industry if cyber fraud is considered reasonable payback for the Trans-Atlantic slave trade? How can a country develop on the maxim of "nobody holy pass! You steal your own, I steal my own"? In summary, when institutions embrace distorted values, it is almost impossible for a country to grow.

The moral ambiguity of cyber fraud in Nigeria is a sad tale of a morally weakened society that needs urgent attention. Nigerians with legitimate businesses face serious limitations in their transactions internationally. Also, cybercrime is a hindrance to foreign direct investment and national development. According to a 2016 NCC report, the cost of cybercrime to Nigeria is 0.08% of the country’s GDP, which represents about ₦127 billion. Another report reveals that these figures have increased astronomically in 2018. The cost of cyber fraud cannot be overemphasized.

Another vice that has permeated the Nigerian space is nepotism. It is a practice where people with privileged positions favour family, friends and associates in the allocation of resources or positions. This practice disregards merit and fairness in institutions when qualified persons are replaced with incompetent ones because of their ‘connections’. It is commonly referred to as the ‘man know man’ approach. It discourages hard work, fuels animosity, promotes inefficiency and spreads a feeling of marginalization.

As a result, the moral values driving our institutions influence the path they follow; countries may have different economic experiences, but social norms and morals determine the rules of the economy.

In a society where institutions are founded on values such as craftiness and one-upmanship, you can understand investors’ reluctance to engage in financial dealings. Doing business requires some level of trust and transparency where parties can trust each other to fulfil their side of the bargain. These are the type of values that strong institutions have, that encourage investment, create enabling environments for entrepreneurship and human capital development.

We must all agree that building institutions that hold leaders accountable, fight corruption and promote economic development is a collective responsibility and to achieve that, we must re-examine our value systems and corroborate it with the institutions that we build.

Institutions with the capacity to maintain law and order, prevent fraud and theft, provide economic opportunities for all members and encourage active participation in economic activities will surely experience growth and improved economic performance. 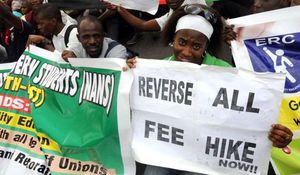 How to better fund Nigerian universities 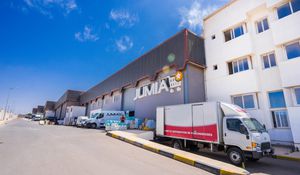