Who is your Local Government Chairman?

What is the name of your Local Government chairperson?

Ask your friends, family, colleagues, anyone. You will see how Nigerians struggle to answer this question.

This is a serious problem. The lack of attention given to local authorities has made them less accountable, and arguably, more impotent. It may seem trivial, but ensuring that Nigerians are able to answer the question posed at the start could be a crucial step towards development in a country where central and state governments appear to be overburdened.

What does your Local Government do?

Recognized as one of the tiers of a federal system of government, the roles of the local government (LG) structure has traditionally been to drive developmental initiatives and exercise authority within defined areas. Specifically, the 1999 Constitution outlines a number of functions for local governments, ranging from coordinating sewage and refuse disposal, registering births and deaths, regulating public spaces and certain businesses like restaurant and liquor stores, and making recommendations on economic policy. Notably, the Constitution also empowers local governments to construct roads and other infrastructure, subject to what the State House of Assembly proposes.

Going through the list of LG functions, it is clear that the local government ought to have the most direct and measurable impact of all the tiers of government. The opportunity to actively engage with communities not only gives a sense of ownership in one's immediate surroundings but also helps to enhance civic engagement. Yet, when issues arise in a local environment, all attention turns to the state capital—or Abuja.

Nigeria has tried to change the way LGs run. From the 1976 Dasuki reform proposal which attempted to give LGs 5% of the derivation formula, successive governments have acknowledged the issues afflicting the lowest tier of government. Yet despite the interest and passion of the Federal leaders, many of whom would prefer to see these responsibilities dealt with more judiciously at the most direct level, the state governments have become difficult to deal with.

Why isn't your Local Government working?

In 1976, General Musa Yar’adua, complained about the increasing encroachment of state governments into what would normally be the preserve of the Local Government. These can be seen in two major aspects. Firstly is the political power of the State over the Local Government. Most of the news concerning Local Governments come because a Governor has unilaterally decided to appoint caretaker chairmen or increase the number of councils. This frustrates leadership at the basic level, one that gives more citizens the opportunity to engage with government on a key level, and it leads to more unnecessary responsibilities for State Governments.

In appropriating these responsibilities, the State Governments have only followed a trend set by successive military governments. In an attempt to maintain power after the various coups that chequer our history, many regimes kept taking on more responsibility to keep their generals busy and reduce the ability for outside groups to gain influence to conduct coups. But that just meant that the Federal Government kept assuming responsibilities it could not effectively handle, something that the State Governments have replicated.

Like with all things in Nigeria, the issue often comes down to money, and who controls the funds. The Constitution mandates each state to maintain a “State Joint Local Government” account and deposit all LG FAAC allocations into that account. The way this money is then distributed across the different LGs in the state depends on the State House of Assembly. Sometimes, we have had instances where this process has broken down. For example, in 2004, the Federal Government withheld allocations to LGs in five states (including Lagos State) after accusing them of breaching constitutional rules around establishing new local governments. In more extreme cases, state governments have exploited their position as the middlemen between the federal and local governments, and have exercised their will over local government funds. Naturally, this fiscal vulnerability makes our local governments more impotent.

All Politics is Local

So what can be done to curb this? The easiest route towards changing LGs in Nigeria is to take a clue from countries that have made the transition in recent decades. In 1972, India, a sub-continent with similar socio-demographics as Nigeria, introduced Panchayati Raj (PRI) a constitutional reform that encouraged the devolution of state government responsibilities to local governments. Over the years, the Indian democratic local government system has been strengthened, attracting strong leaders and tackling social problems with a degree of success unseen so far in Nigeria.

Similarly, Finland, a country with some of the best socio-economic indicators, built its success on the reform of its local government system. The Nordic model is based on the idea that municipalities are not only communities formed by residents, but also bodies that are responsible for the delivery of well-being services and the creation of favourable environments for institutions to thrive.

To successfully replicate the India and Finland success stories, there has to be a fundamental reinvention of the functions of local governments, independence from other tiers of government must be asserted, and society must begin to hold local governments accountable.

All politics is local, and in a year when all the attention will be at the top, we must remember that there is work to be done closer to us. After all, charity begins at home. 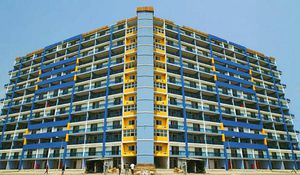 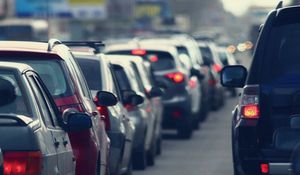