FW: Why does the National Assembly want to Impeach President Buhari?

Members of the House of Representatives and some Senators have called for the impeachment of President Muhammadu Buhari over the purchase of 12 super Tucano fighter jets worth $496 million from the United States government without their backing.

According to the Presidency, the aim of acquiring the aircrafts, expected to arrive in 2020, is to further strengthen the fight against insecurity in the country.

Impeachment first came up at the House of Representatives on Wednesday, 25th April, 2018.

Why is this a big deal?

For starters, the approval of the funds used to pay for the fighter jets was made without appropriation by the National assembly. The Nigerian constitution mandates that such extra budgetary allocation needs the approval of the Senators and House of Representative members.

What does this mean?

In a letter to the Senate President and Speaker of the House of Representatives on Wednesday, 25th April 2018, President Buhari said he went ahead with the purchase because he felt that the National Assembly would not object to the purchase.

“In the expectation that the National assembly would have no objection to the purchase of this highly specialized aircraft, which is critical to national security, I granted anticipatory approval for the release of $496,374,470.00. This was paid directly to the treasury of the United States government.”
- Muhammadu Buhari

This justification seemed to annoy the lawmakers more as they pointed out that Section 80 and 81 of the 1999 Constitution do not recognize anticipatory approval.

Section 143 of the 1999 constitution (as amended) gives a breakdown of what removing the President would look like. Assuming this was to happen, it would take at least three months to complete.

Here are the steps:

1
A notice in writing sent to the President alleging gross misconduct. This notice has to be signed by at least one – third of the members of the National Assembly and presented to the Senate president.

3
Each house would debate whether or not the allegation against the President should be investigated. This motion for investigation needs to be passed by not less than two – thirds of all the members of each house.

4
If the motion does not get to the required majority, the impeachment process stops without further action. However, if the opposite occurs, the motion is passed. Within 7 days of passing the motion, the Chief Justice of Nigeria is to appoint a seven-man panel to investigate the allegations.

5
Within three months of being appointed, the panel is to report its findings to each house. The President has a right to defend himself during the panel proceedings or hire a legal practitioner to do so.

6
If the panel reports can’t be proven, no further action will be taken. However, if proven, the National Assembly will consider the report, and a resolution for the adoption of the report will be moved.

7
For the resolution to be adopted, it must be supported by at least two – thirds of all the members of each house. Once adopted, the President will be removed from office and Vice President immediately takes over.

Presently, it is very unlikely that Muhammadu Buhari will be removed.

However, the Senate has directed a Judiciary Committee to find out the level of infraction committed by the President. Until the committee comes back with its findings on Wednesday, May 3rd, 2018 nobody is sure what comes next. 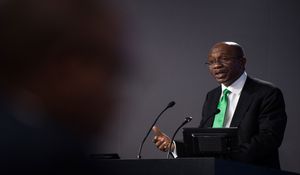 FW: Why did the CBN limit USSD transactions? 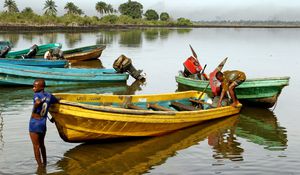 The downsides of living in an oil producing region