Why most Bureau De Change operators come from the north

The incident sparked his curiosity. He wanted to know more about Northern Nigeria and its economy. He said that people from Northern Nigeria are popular for two things—selling "Suya" and operating bureau de change (BDC) businesses. So, he asked me a seemingly simple question—how come most BDC operators in Nigeria are from the north?

There are several sources for foreign exchange (FX) in Nigeria—The Central Bank of Nigeria (CBN), the Investor and Exporter (I&E) FX window, the Commercial Banks, and Bureau De Change Operators. The CBN mostly gets foreign currency from our crude oil exports, while exporters and investors get FX from business dealings with foreign counterparts. As for commercial banks, they mainly acquire theirs from domiciliary account deposits, and they also buy foreign currencies from the CBN.

But, the BDCs have three sources. The first avenue is through limited forex sales allocation from the CBN. Then they also rely on supply from local businesses with revenues in foreign currency. Finally, BDCs get FX supply from recipients of remittances who get it from family and friends in the diaspora.

The licensed bureau-de-changes (BDCs) and their street traders are the major suppliers of foreign currencies to individuals and small businesses. The long processes, complicated forms, and poor service quality from the commercial banks created huge opportunities for the BDCs in Nigeria.

Although their entry into the Nigerian financial system in 1989 was to broaden the foreign exchange market and improve access to foreign currencies, their existence is not without the help of the CBN who licenses and supervises them.

Political patronage and the creation of competitive advantage

The time BDCs were introduced coincided with the period Abdukadir Ahmed, the longest-serving Governor of the CBN, was still in charge of the apex bank.

Ahmed, a northerner, was the CBN governor between 1982 and 1993. His reign was also during the democratic government of Shehu Shagari and the military regimes of Generals Muhammadu Buhari and Ibrahim Babangida— all northerners. Nigeria operates a very strong political patronage system, where incumbents are politically incentivised to directly benefit their kinsmen. There is an unspoken allegation that the licensing process for BDCs were thus skewed to favour applicants from the northern part of the country. That being said, Ahmed was removed in 1993 by Late General Sanni Abacha, another northerner, who enacted policies that led to the growth of BDCs.

Olu Fasan, in his 2015 article at the London School of Economics, mentioned that "Sani Abacha took over power in late 1993 and introduced wide-ranging regulations and controls".

But back then, General Abacha's military junta was known for using government ministries and agencies to issue juicy licenses mainly to Abacha's relatives, friends and cronies—all of whom were mainly from Northern Nigeria. These operators from Northern states maintained the "first mover's advantage" in the BDC market by leveraging access to these power corridors.

The commercial banks, in those periods, were also willing agents in the process as they made a guaranteed margin on foreign currencies allocated to them by the CBN for onwards sales to the BDCs. "I was on the FX desk then, and northern operators owned over 90% of the BDCs I was selling to," said Femi Obasan, a former banker.

"We were selling any volume to the BDCs at ₦22/$ while they were selling it outside at ₦80/$. I was at the former Chartered Bank then and used to wonder why that was allowed," said Mr Obasan. This arbitrage opportunity created a major wave of currency trader millionaires in the country. It was a government of the cronies, by the cronies and for the cronies.

To control the BDC market, the CBN then introduced an additional requirement for licensing—membership of the Association of Bureau de Change Operators of Nigeria (ABCON) became a compulsory requirement for license applications. But ABCON remained dominated by Northern operators and its membership became an opportunity to create more barriers to entry.

Some stereotypes also worked to the advantage of the northern operators in the BDC business. During the Abacha period, allegations of money doubling, Ponzi schemes, counterfeiting of currencies, and other financial crimes were levelled against bank executives, mainly from the South.

The Abacha regime liquidated about 32 banks and prosecuted several bank executives and directors for sundry financial malpractices. Those arrested and tried were bank executives from Southern Nigeria such as Chief Femi Adekanye, Ralph Osayemeh, and Otunba Femi Ajayi. It is possible that this created distrust amongst southerners who handled finances and further solidified the reception of their northern counterparts.

The domination of the BDC business by northern operators have, however, continued to be strengthened by the fact that Nigerian businesses often employ kinsmen in local businesses, thereby institutionalizing and domesticating the knowledge of BDC operations within a limited circle.

It would not be unusual for employees to leverage their experience and networks to move on from their employers in pursuit of their own BDC operations. This continued to entrench the northern operators as the key players in the BDC market until systemic changes in 2014.

Back then, the CBN noticed irregular operations by the BDCs including an "avalanche of rent-seeking operations" and announced that the compulsory membership of the ABCON was no longer a requirement for BDC licensing.

The current structure of the BDC market

Although the BDC's list is inadequate to validate lesser northern domination of the BDC business, industry players believe that the current BDC distribution is an improvement over the previous decade.

Despite the moderate influx of new players from the other regions into the BDC sector over the past decade, the BDC market continued to have dominance from northern Nigeria. This is mainly due to the "first mover" advantage arising from when the BDC market was at its infancy stage in the country.

Fernando Suarez and Gianvito Lanzolla, in their 2005 article defined a "first mover" as a "firm's ability to be better off than its competitors as a result of being first to market in a new product category".

Being first typically enables a company to establish strong brand recognition and customer loyalty before competitors enter the arena. But would the market domination continue to remain unchallenged?

The future of the BDC market in Nigeria

In a recent strategy session for some BDC players, I opined that the real market challenger for this continued dominance would be in the technology arena.

Tech-enabled forex transaction platforms could launch out a new set of players that might erode this market domination. For example, the growth of cryptocurrencies and financial applications by International Money Transfer Operators (IMTOs) that make foreign exchange easily transferable is fast catching on.

Such platforms can enable the completion of currency exchange transactions with customers through card payments to dedicated escrow accounts. The customer, on the other hand, could be settled via payment wallets such as PayPal and Stripe, thus reducing transaction time to just about a minute.

The good thing is that any BDC can leverage such platforms either owned by a northern operator or not. But we can’t get too excited yet, there are unproven allegations that some of these northern operators with BDC licenses are operating as fronts for corrupt senior government officials. Some market players believe that northerners who are sympathetic to the BDC operators also hold key positions in financial regulatory agencies. Hence, there are fears that any technological innovations in the BDC sector could be systematically frustrated.

In the end, it is the interplay of regulatory controls and technological innovation in the BDC market that would impact the continued domination of the BDC market. Would this be significant enough to affect the domination by the northern operators in this sector? Time will tell.

The word "Mallam" was removed from this article's title and text at 9:30 am on December 24 due to its potentially derogatory connotation. 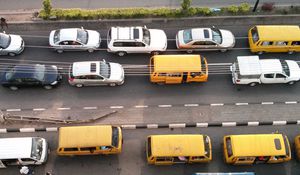 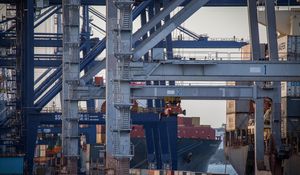 How Nigeria earns, attracts, and spends its income