Atheists often describe God as man's grandest creation. This sardonic remark ignores an equally incorporeal candidate for the title: nation-states. While others may understandably point to irrigation, modern medicine and the cloud, we need to remember a key point. Nation-states, like religion, define identity and set out boundaries for membership. Religions, however, have an opt-out clause, but our international system of citizenship is somewhat compulsory.

Although we have some choice on which countries we belong to, this applies to very few people. Data on dual citizenship is often imprecise, and although many Nigerians aspire to this, a second nationality does not extricate people from their roots. Naturally, people maintain strong personal and social ties to their countries of origin where their relatives may reside, explaining why Nigeria receives huge remittances.

Broadly speaking, nation-states have three interesting characteristics that tie our destinies to them. The first and most important one is that they are completely arbitrary! Primarily, most people who are part of them are selected by life's ultimate lottery – birth. Rather like race, we have absolutely no say in the nationality we are born into, and are socialised into these identities in between our homes and school assemblies. If you stopped to ask yourself: ‘how am I Nigerian?’ It is the fact that you have been subtly indoctrinated into an identity that is itself a social construct.

Almost everything about a country is arbitrary. ‘Nigeria We Hail Thee’ was the national anthem for 18 years after independence, and ‘Arise O Compatriots’ was later selected in 1978. ‘How about our borders?’ one might ask. However, it takes little historical research to realise that they exist based on the interests of those who divided the territories over a century ago. These arbitrary factors feed into an undeniable point: nation-states which we are randomly assigned to, affect our life outcomes in hugely significant ways.

This is the second feature that ties us to nation states. In Germany, there are 8.3 hospital beds to every one thousand Germans. Nigeria, has 1 hospital bed for every 2000 people. This mirrors similar outcomes in life expectancy and other human development indices: maternal mortality, literacy and so on. Remaining conscious of the dangers of making direct comparisons between developed and developing countries, one can point to other developing countries like Malaysia which have better literacy rates and wider access to drinking water than Nigeria. Crucially, these comparisons are not being made to benchmark Nigeria as is often done, but merely to show how being born in a certain country can lead to a life of comfort, or one of suffering, if one even lives long enough.

The first two factors that tie our destinies to our nation-states are descriptive. The third is a much more powerful one. In the words of Amir Golder, a World Universities Debating Champion: ‘nationalism is the most inclusive form of collective identity that exists.’ He is arguing that nation-states, through their shared history and values, are uniquely able to generate a unifying force that encompass other forms of collective identity such as class or religion.

Other identity markers such as race and ethnicity are immutable and heavily reliant on the recognition of people within those groups, making them more exclusive and less able to provide basic protections to wide groups of people. Thus, in a country like Nigeria, where most people hold a blend of religious and tribal conceptions of collective identity, nationalism is the only concept that can temper such instincts. Throughout history, countries with divided pasts have developed strong unifying narratives around national identity. 'The rainbow nation' (South Africa) and 'land of the free' (USA) are famous examples.

Nigerian civic nationalism should not undermine other aspects of people’s identity, but rather, enable Nigerians to unite under a common purpose in order to realise the benefits that nation-states can provide to large groups: security, trade and human development. Man has structured a world where the destinies of most ordinary people are tied to their countries. If we are prepared to accept that nation-states have a unique capacity to unify and direct collective action, then it is time to take Nigeria seriously. 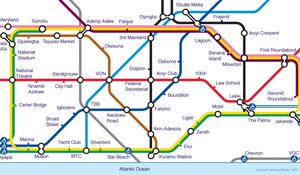 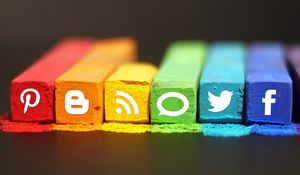