Why the Government should not pay ransoms

Many of us had the privilege of going to school without the fear of being abducted. But in northern Nigeria, this threat has become increasingly imminent, particularly for young girls simply looking to get an education.

So why do some people abduct other people?

If you slice it one way, you could say it's about incentives. A group looking to take a political stance against its government could go into the business of abducting unsuspecting citizens to get attention. Think Niger Delta militants and ISIS. One could even argue it is a 'get rich quick' scheme. In some cases, with enough pressure, kidnappers can make a lot of money.

But kidnapping, like any other crime, is undesirable. For the victims and their families, it is traumatic, and for the government, it throws a huge question into the air: pay to release your citizens or not?

Your money or their lives

"We do not negotiate with terrorists."

Having a policy like that may come off as hard-lined, but it could also be necessary. In hostage negotiations, the kidnappers usually have the upper-hand for the simple reason that bargaining is a bilateral structure – just one buyer and a seller. If a terrorist group took someone's sister, there is nowhere else to buy said person's sister's freedom from except the kidnappers. However, succumbing to the whims of kidnappers might save this sister's life today but comes at the cost of rewarding criminals for bad behaviour, encouraging the same group or other groups to continue with this activity.

To understand this concept better, imagine you have just gotten the car of your dreams. Weary of unforgiving Nigerian roads, you drive carefully. However, someone comes along and tells you that for a monthly fee, your precious car is covered from theft or damage. There is no catch, all you have to do is make good on your monthly payments, and no matter how expensive it is to repair or replace your car, the insurance company has got your back. This way, most of the risk has now passed from you to someone else and rationally, you begin to drive with less caution.

In the same way essentially, paying ransoms tells kidnappers that someone else (the government) will bear the burden of their bad decisions. So, having a "no negotiation" policy should make kidnapping less appealing to criminals because the risk is not transferred, and the expected gains have now reduced.

The most powerful thing about a "no negotiation" policy is that if people believe you (what economists call a "credible signal"), you would remove all monetary incentives to kidnap as potential kidnappers would know it would be futile. Crucially, this means that saying "we do not negotiate with terrorists" is pointless if nobody (especially the terrorists) believes. A situation Nigeria often finds herself.

But still, how easy can it be to say "we don't negotiate with terrorists" when a terrorist has actually kidnapped your citizens? Sometimes, when reality hits and our payoffs change, it might cause us to rethink our original strategies.

Remember when the Niger Delta Avengers disrupted our economy in 2016 by damaging oil pipelines and stopping production? As justified as the initial refusal to bend to the will of the militants was initially, the disruption to our economy eventually led the federal government to cave in. Negotiations ensued, a ceasefire was announced, and our economy picked up again. So when it comes down to it, certain policies can't hold up because of how desperate the actual situation is.

And so, while a hardline approach might work for monetary policy, where committing to a certain strategy should produce desirable results in the long run (even though it hurts at first), it might be inappropriate here. This approach can lead to trouble if we ignore moral dilemmas that are intrinsic to the social issue that is kidnapping.

Can we really claim that had the government refused to negotiate for the release of the Chibok girls four years ago this would have deterred future kidnappings in the region? And even if we can, how do we expect the victims and their families to rationalise this when they are the ones bearing all the trauma? For all the economic logic of having a credible hardline stance, should kidnappers call your bluff, there is a strong moral case to come to the aid of your citizens.

Hard rule or no rule?

Having a hard rule is arguably desirable because it shows that the government isn't cheap talk. It is a dangerous situation if kidnappers studying the government's behaviour come to learn that all they have to do is walk into a school and take hundreds of girls if they want to make some money. However, having a policy of not negotiating with terrorists needs to be backed by measures that sufficiently prevent kidnappings.

No matter the situation, the government will always face a trade-off whether it decides to commit to a binding rule or to negotiate when it comes to terrorists. So, to serve the public's interest, a hardline policy of not paying ransoms must be matched with a commitment to ensuring the security of citizens. Especially when the lives of vulnerable groups in society are at stake. 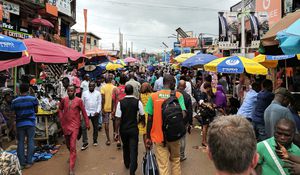 Jobs cannot be created by force 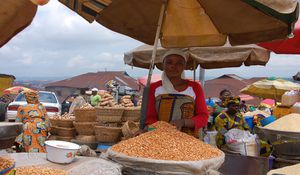 What’s She got to do with It?