Why the Saudi Aramco attack is a huge deal for Nigeria

The global oil price is arguably the single most important variable for the Nigerian economy. When oil prices crashed in the summer of 2014, Nigeria unknowingly entered a new economic era. Since then, the exchange rate has moved from NGN160/$1 to NGN360/$1, unemployment has increased from 10% to 23%, and about 20 million more Nigerians have fallen into extreme poverty.

So, when something huge happens in the oil market, Nigeria—and Nigerians—ought to be wary.

On the 14th of September, 2019, at around 4 am local time, Saudi Aramco, the world’s largest oil company, and possibly the most profitable company in the world reported that it was dealing with fires at their Abqaiq and Khurais facilities in Saudi Arabia. The fires were caused by drone attacks, with Yemen’s Houthi rebels claiming responsibility.

Here are five numbers that give us insight into the current oil market crisis.

Over 5 million barrels per day (mb/d) of oil has been taken off the market as a result of the attack, equivalent to more than 5% of the global oil market—and almost three times Nigeria’s daily output. This loss marks the largest ever single-event disruption in the global oil market, even topping the Iraqi invasion of Kuwait in 1990. To put it into further context, 5 mb/d is over half of Saudi’s oil production, and more than every other country produces, barring the United States and Russia.

Oil prices rose by about 20% on Monday morning as traders responded to the unprecedented attack. That is the biggest jump in nearly 30 years. Brent crude, the most-recognised global oil price benchmark, rose above $70/barrel after ending the week at $60/bbl.

The Abqaiq oil-processing facility, located in the Eastern Province of Saudi Arabia, is the world’s largest. The 250-hectare complex can process 7 million barrels of oil a day, about two-thirds of Saudi’s potential output. The Khurais oil field is the second largest in the country, spanning an area of 2,890 km². As a contrast, the entire area of Lagos state is 3577 km2.

Saudi Arabia pumped 10.3 million barrels of oil each day in 2018, making it the 3rd largest oil producer, behind only the United States (11.6 mb/d) and Russia (11.2 mb/d). Saudi Arabia has the world’s second largest proven crude oil reserves—at over 270 billion barrels, second only to Venezuela.

In 2015, Saudi Arabia led a coalition of nine countries from the Middle East and Africa to help restore President Abd-Rabbu Mansour Hadi to power in Yemen. President Hadi had been ousted by the Iran-backed Houthi movement in 2014, ostensibly due to economic and political grievances. Since then, the Yemeni conflict—which stretches back to 2011—has exerted a significant humanitarian toll, and has become part of a larger proxy war between Saudi Arabia and Iran. The attack on Saudi oilfields is presumed to be a part of this conflict.

The oil market is still taking stock of the repercussions of the attack, particularly in terms of how long Saudi output would be down. Some commentators have speculated about oil temporarily hitting $100/barrel if the disruption lasts more than a few weeks, but this is doubtful as the oil market is currently over-supplied and Saudi Arabia and other countries have inventories to plug the gap. For example, President Donald Trump of the United States also promised to release the US stash of Strategic Petroleum Reserve if needed to stabilize the market.

Nevertheless, the attack serves as a reminder of the vulnerability of oil supplies from the Gulf and may convince traders to add a premium to oil prices until the political and security situation is clearer. Either way, Nigeria has the opportunity to ride on the temporary rise in oil prices. Attempting to predict how things would look by year-end, or basing decisions on prices staying high for too long would be a fool’s game. 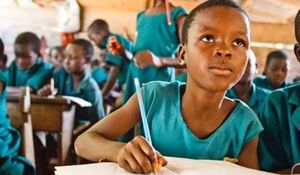 The argument for economic and social rights in Nigeria 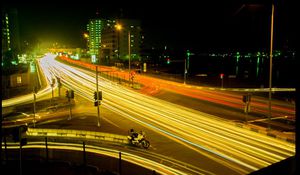 In Lagos, all roads lead to the Island.