Six months ago, it was hard to imagine a world where you couldn’t go to work, visit friends freely or even take children to school. But that is exactly today’s reality.

In what the World Bank is calling the great lockdown, output from countries across the world is expected to shrink by at least 5.4% this year. This is in contrast with the 2.5% global growth before the world was restricted from movement.

This new situation is putting the Nigerian economy under stress as the demand for oil - the country’s primary revenue source - has declined. And all economic activities which entail human interactions, e.g. creation and distribution of finished goods have reduced.

These events highlight the importance of movement and transport in an economy. And the recently signed African Continental Free Trade Area (ACFTA) agreement made sure to include transportation as one of five priority  services sectors.

The state of transportation in Africa

As we know, Africa has an infrastructure problem. To effectively trade, the AfDB projects that it would need $360 billion to address the continent’s existing infrastructure deficit by 2040.

Moving around in Africa is not only stressful, but costly too.

Logistics cost two to three more than in developed countries. This situation leaves African producers with little reason to trade within the continent since cheaper alternatives exist abroad.

The World Bank says it takes an average of 12 days to export a container from Egypt, at $625. It's worse in Angola. Where it can take four times as long – over a month and a half – at nearly triple the cost.

In contrast, at the world’s largest ports in Hong Kong and Singapore, it takes an average of five days to export a container at $575 and $456 respectively.

This infrastructure gap is a fundamental reason for the higher prices of goods and services on the continent. It makes profits that much harder to attain. The high costs of transport within Africa is also responsible for low intra-Africa trade. 85% of Nigeria's goods imports were from Asia and Europe in the last quarter of 2019. Africa accounted for just 2% (not including informal or smuggled trade).

Getting a sector as critical as transportation in top condition would snap competition in Nigeria’s favour when the upcoming integration kicks off. The country already has the numbers in terms of customers, now it's a case of getting goods to them cheaply.

75% of Nigeria’s exports are through waterways. The other 25% is through the air, leaving room to develop the road and rail system.

Consider a road like the Badagry - Benin Republic route which opens up the country to the rest of West Africa. Lorries and trucks conveying goods or materials such as cement often fall over due to bad roads.

It is one of the worst roads in the state - cars often have to abandon a strip of the road and drive against traffic.

Segun Onilude, Chairman, Badagry Local Council of Lagos State explained the situation to Saturday Guardian this way. “A lot of people want to come and site industries, hotels, but these our roads give a lot of setbacks; this is an international road linking most West African countries. I’ve heard people saying that from Ghana to Togo, to Benin Republic, there’s no pothole.”

Although state directives have been given to proceed with the rehabilitation of the Badagry road, residents have complained about the slow pace of work; one that should be prioritised considering the kick-off date for the ACFTA is barely six months away.

A rail transport system would also ease these challenges, as it makes bulky items faster and safer to transport. But, Nigeria still hopes for the revival of the transport system, that deteriorated more than 50 years ago.

In 2014, Nigeria recorded a mild victory when it leapt from 121st position to 75th among 160 countries surveyed in the global logistics performance index (LPI) by the World Bank.

The results mean that infrastructure (good roads or rail), timeliness (how long it takes to complete a journey), etc., are behind when compared with the country’s peers. Countries like Rwanda, Uganda or even Benin score higher: 2.97, 2.58 and 2.75 points, respectively.

The world bank explains that a one-point improvement in a country’s LPI score increases trade by 16%.

Nevertheless, since the LPI’s release in the past two years, Nigeria has been working to improve its transportation services in the country.

With the increasing attention surrounding Africa’s transformation and integration, Nigeria has become well aware of the need to reduce its infrastructure deficits.

There are a number of infrastructure projects, including Nigeria’s Integrated Infrastructure Master Plan (NIIMP).

The policy document emphasises the need for road development. It aims to allocate 50% of planned investment – up to ₦20 billion ($65 million) of annual spending – to expanding national highways and regional road networks, as well as multimodal hubs such as rail station ports and airports.

The recently released Nigeria Sustainability Plan also looks to spend ₦60 billion on road construction over the next 12 months. A sizeable investment given that the original 2020 budget allocated ₦300 billion in total for road construction.

Despite Nigeria’s poor roads and dilapidated railway infrastructure, air and seaports have seen considerable investments and growth over the past few years, resulting in suitable international gateways. Between 2015 and 2018, Nigeria invested an estimated $1.6 billion into the production of the Lekki Deep-Sea Port.

This port is part of the Lagos Free Trade Zone and has also been identified as a potential gateway into West Africa.

Similarly, in 2018 the Federal Government invested $460 million for the construction of new cargo terminals in both Lagos and Abuja Airports.

The Apapa seaport holds Africa’s largest container terminal. And air transport is holding down the fort quite nicely as Murtala Muhammed International airport, Lagos is also amongst the top largest airports in Africa.

Nigeria has the potential to be the biggest beneficiary of the ACFTA. This is mostly owing to the size of its economy when compared with the rest of the continent.

But for this to happen, Nigeria has to play a major role in bridging the continent's infrastructure gaps.

This means, if Nigeria wants to compete favourably within the ACFTA, further investments must go into critical transport infrastructure, particularly in road and railway networks.

Subscribe to read more articles in our newsletters here and to our WhatsApp channel for daily briefings.
Share this story 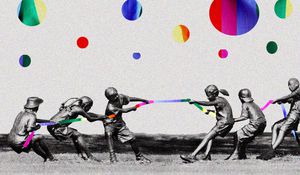 MTN's controversial dominance in the battle for Nigeria's airwaves 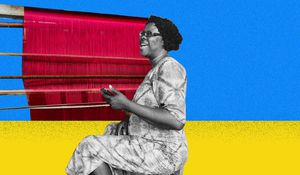 What it takes: Reviving handwoven fabrics in Nigeria