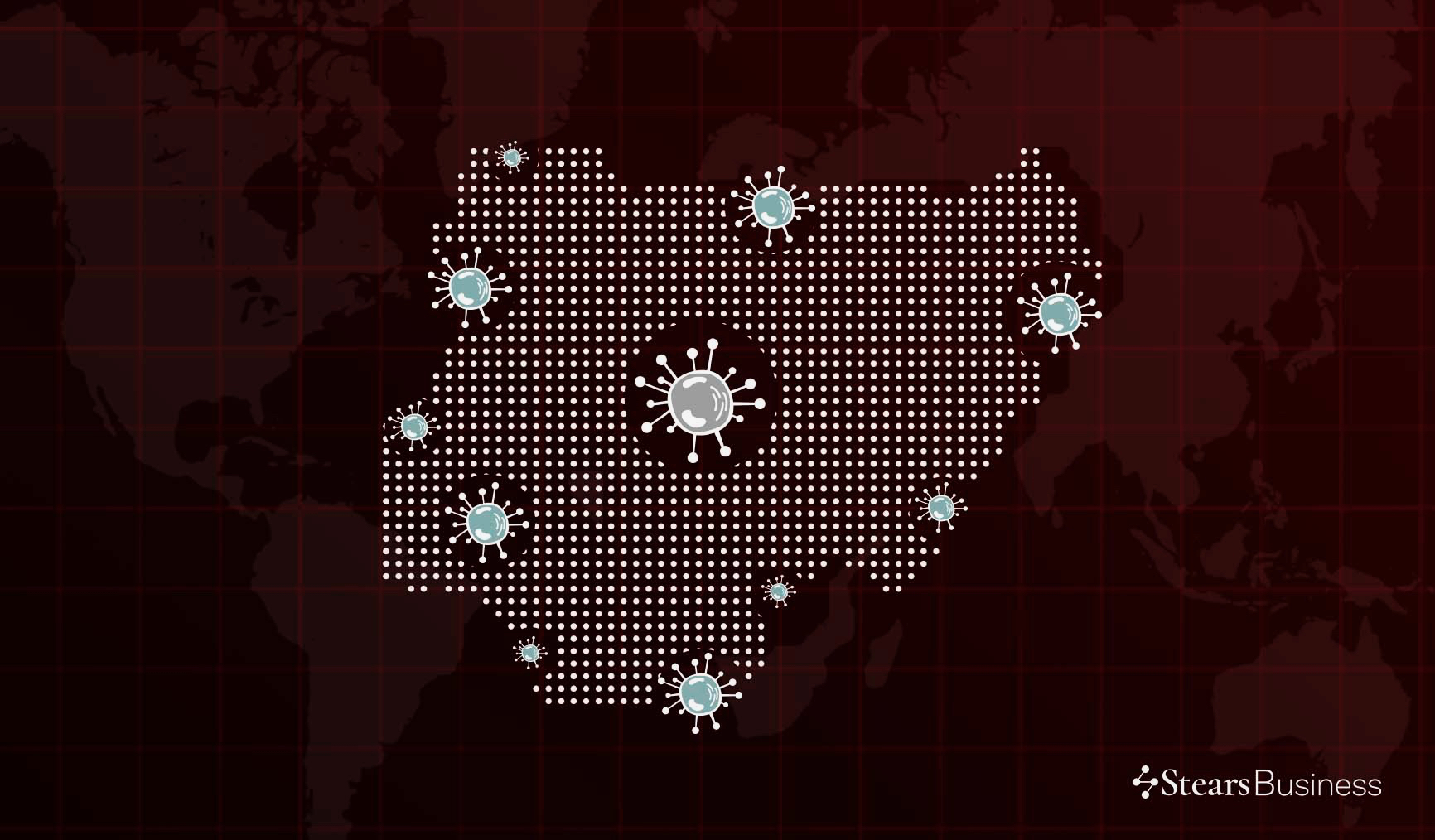 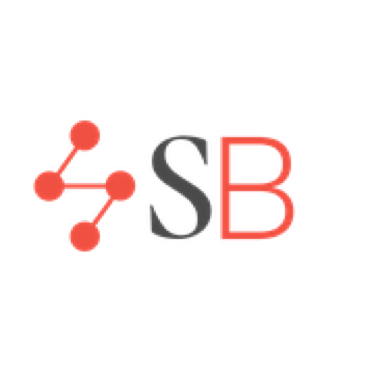 The Editorial is the purest expression of Stears' peculiar editorial stance. It analyses issues, drawing on theory and empirics to outline the competing assumptions for issues; each time drawing conclusions that can be elicited, so as to give a comprehensive yet indefinite picture.

This is a previous Stears Business Newsletter, updated on the 31st of March.

Despite only 131 confirmed cases (at the time of publishing) in Nigeria, the coronavirus has, in one way or another, impacted everyone. Either you’re now working from home, experiencing slower sales, or going about your daily routine in a different way—likely with less traffic and armed with hand sanitisers and a face mask.

Even with all our different experiences, one thing we have in common is that we are all consuming coronavirus-related information. This could be fake WhatsApp messages on how garlic can cure COVID-19 or a watching timeline filled with nothing but coronavirus headlines and Tiktok videos.

Stay at home challenges are entertaining but sifting through the overload of information to find the facts is hard work. To solve this, Stears Business has launched a COVID-19 live monitoring page and a new COVID-19 column to help our readers stay ahead of the curve (and the virus).

In the same vein, today’s newsletter flags six numbers to help us understand the pandemic. The numbers we will go through are 3, ½, Infinity∞, ₦240 billion, 65% and 99%.

This is a previous Stears Business Newsletter, updated on the 31st of March.

Despite only 131 confirmed cases (at the time of publishing) in Nigeria, the coronavirus has, in one way or another, impacted everyone. Either you’re now working from home, experiencing slower sales, or going about your daily routine in a different way—likely with less traffic and armed with hand sanitisers and a face mask.

Even with all our different experiences, one thing we have in common is that we are all consuming coronavirus-related information. This could be fake WhatsApp messages on how garlic can cure COVID-19 or a watching timeline filled with nothing but coronavirus headlines and Tiktok videos.

Stay at home challenges are entertaining but sifting through the overload of information to find the facts is hard work. To solve this, Stears Business has launched a COVID-19 live monitoring page and a new COVID-19 column to help our readers stay ahead of the curve (and the virus).

In the same vein, today’s newsletter flags six numbers to help us understand the pandemic. The numbers we will go through are 3, ½, Infinity∞, ₦240 billion, 65% and 99%.

Ignoring the low number of reported cases in Nigeria, this magic number explains why global infections have risen from 87,000 to almost 800,000 since the start of March.

Simply put, the coronavirus is very infectious. The average patient spreads it to three people, twice as many as the normal flu. Although three may seem like a small number, some mathematics changes that very quickly.

Say the newly exposed three patients each pass the virus to another three individuals. If the same process repeats ten times, the result is that the first patient has infected 59,000 people. For the mathematically inclined, you will notice that this follows an exponential trend of 3x.

This alarming rate is why social distancing is the best policy to fight the spread.

You see when we interact normally, in 30 days, one patient would have spread the virus to an average of 406 people. However, if we have 75% less contact, one coronavirus carrier only spreads it to an average of 2.5 people after 30 days.

Another small number, or to be specific, a fraction, with significance.

Now we address the issue with Nigeria’s “131” number of cases with more confidence. Given the high spread rate described above, how has Nigeria managed to keep its cases to 131 since the first patient was recorded on the 27th of February? Well, it hasn’t. This is because there is a significant difference between reported and actual cases.

The only way we will find out the true number of cases is by testing everyone in the country. Unfortunately, no country—apart from Iceland—has the ability to achieve this. Iceland, who has tested most people per capita, found that half of those who tested positive showed no symptoms.

Why does this matter? Most countries only test people that are very sick, so many of those without clear symptoms slip through the cracks and keep spreading the virus.

This testing issue is not specific to Nigeria; there are disparities across the globe. South Korea has tested over 360,000 people while the UK has tested 80,000.

Closer to home, South Africa has conducted over 20,000 tests while we are on 846. And remember: COVID-19 arrived on their shores a week after. Since then, South Africa has reported 927 cases (by 26th of March), an increase of 218 from the previous day.

Why are the reported cases for Nigeria and South Africa so different? Is Nigeria that much better at containing the virus, or are we just lucky? Chances are our numbers are just underreported, and this knowledge puts the news in perspective.

Not a real number but it gets the point across.

The danger of underestimated numbers has forced the world to act fast and “go big”, as President Trump put it, in terms of policy responses.

The world has almost become numb to the numbers being announced. There was barely a flinch when the Bank of England announced that it was willing to print an infinite amount of money to fight the effects of the coronavirus.

This has been a running theme across nearly all central banks. The objective is to supply enough cash in the financial system to allow big corporations and governments to borrow money as cheaply as possible—a process known as Quantitative Easing (QE).

South Africa joined the fray on Wednesday, making it the first central bank in Africa to deploy the QE tactic. The interest rate on 10-year South African government bonds dropped from 12.4% to 11% following the announcement.

Nigeria hasn’t done QE in the strict sense, but Godwin Emefiele and his Bankers’ Committee CEOs have deployed ₦3.5 trillion in loans.

As many will be aware, it’s not just central banks that have responded to the virus. Governments have also played their part—many would have heard by now that the United States government is giving people earning $75,000 or less a one-off check of $1,200.

This is vital because the virus isn’t only affecting big corporations or SMEs; individuals are already losing jobs or being asked to work for lower pay. Meanwhile, bills still have to be paid, and, by working from home, these might be even higher.

On the continent, Ghana announced it would spend $100 million, while South Africa has set out a number of plans ranging from unemployment benefits to tax relief.

And Nigeria? The government has cut budget spending.

On the plus side, the House of Representatives proposed a bill to provide tax relief, suspension of import duty on selected medical goods, and the deferral of residential mortgage obligations. But still no additional spending plans.

The elephant in the room is that the Nigerian government is broke.

The spread of the virus and the subsequent drop in oil prices has put a massive hole in the government’s finances.

Using some rough estimates, during years when the average price of oil has been around $60 per barrel, the government has earned approximately ₦380 billion a month. Whereas when oil has averaged $30 per barrel it has received ₦140 billion monthly.

Meaning there is now approximately a ₦240 billion gap compared to the $60 price before the virus. If oil prices stay at $30 for two months, the Nigerian government would have “lost” enough money to pay for the entire annual health budget.

Unsurprisingly, the main measures put in place by the government have focused on stopping the virus with a range of restrictions and social distance policies.

The problem with social distancing is that many Nigerians cannot “work from home”. Consider the Gala street hawker in Lagos who now has no work as the city comes to a halt.

We must remember that roughly 65% of the Nigerian economy is informal and so a lockdown without adequate support can lead to worrying conditions for many, especially those who feed themselves on a day’s work.

According to the National Bureau of Statistics, after a shock, the most common safety net for Nigerians is friends and family. When that fails, they reduce the amount of food they eat.

India, with an economic structure and poverty levels similar to ours, understood this. The country debated a lockdown because it was certain that the most vulnerable could end up losing their lives as a result.

“If coronavirus does not kill us, hunger will.” Those were the words of a mother of three in a recent New York Times article.

India still decided to lockdown for three weeks, but, crucially, the government will disburse $26 billion in direct cash transfers to the poorest. Other support mechanisms include food, gas cylinders and medical insurance.

The message is clear for Nigeria: you have to pay people to stay at home.

But if the government is broke, where will it find this money? The International Monetary Fund (IMF) has been advertising its services since the pandemic hit, and Ghana has wasted no time in its request.

It is not alone. Nearly 80 countries have sought assistance from the IMF.

Nigeria’s debt to GDP ratio is around 20%, about a third of Ghana’s. Even with our unhealthy-looking revenues, we aren’t going to be too different from other debtors in the market that are also suffering from a crisis and also losing revenues from taxes or any commodity sales.

Accumulating debt now to save lives is hereby allowed.

We end the discussion where it started—with the virus itself.

South Korea, which has been praised for carrying out the most tests, has found that 99% of coronavirus cases only lead to mild symptoms. Remember that South Korea’s wide-scale testing will include people that don’t have serious symptoms, therefore, providing us with more reliable data.

As such, the virus will soon run its path. China is already reducing restrictions on movement and slowly picking its economy up again as new cases and deaths have dramatically reduced.

The University of Oxford has also modelled that only 0.1% of cases will require medical care.

This low level of serious cases has led to some debate online about the potential of switching tactics from social distancing to something called herd immunity. The basic idea is to expose a large enough portion of the population to the virus—ideally the least vulnerable—so that the wider population becomes immune.

The simplest way of explaining how that works is this: if 80% of the population is immune, the virus spreads much more slowly (the 3x trend is broken), and the pandemic stops.

The appeal of the herd immunity method is that we get to avoid lockdowns and the resulting economic crisis. At the same time, this might mean allowing a lot of people to die, especially older people.

Moreover, it is hard to imagine the economy not crashing if the healthcare system collapses, and thousands of thousands of people are dying each week.

Our best bet is probably to stay indoors and hope that the President, who already has experience working from home in Aso Rock, will do the needful and splash the cash to sustain the economy. 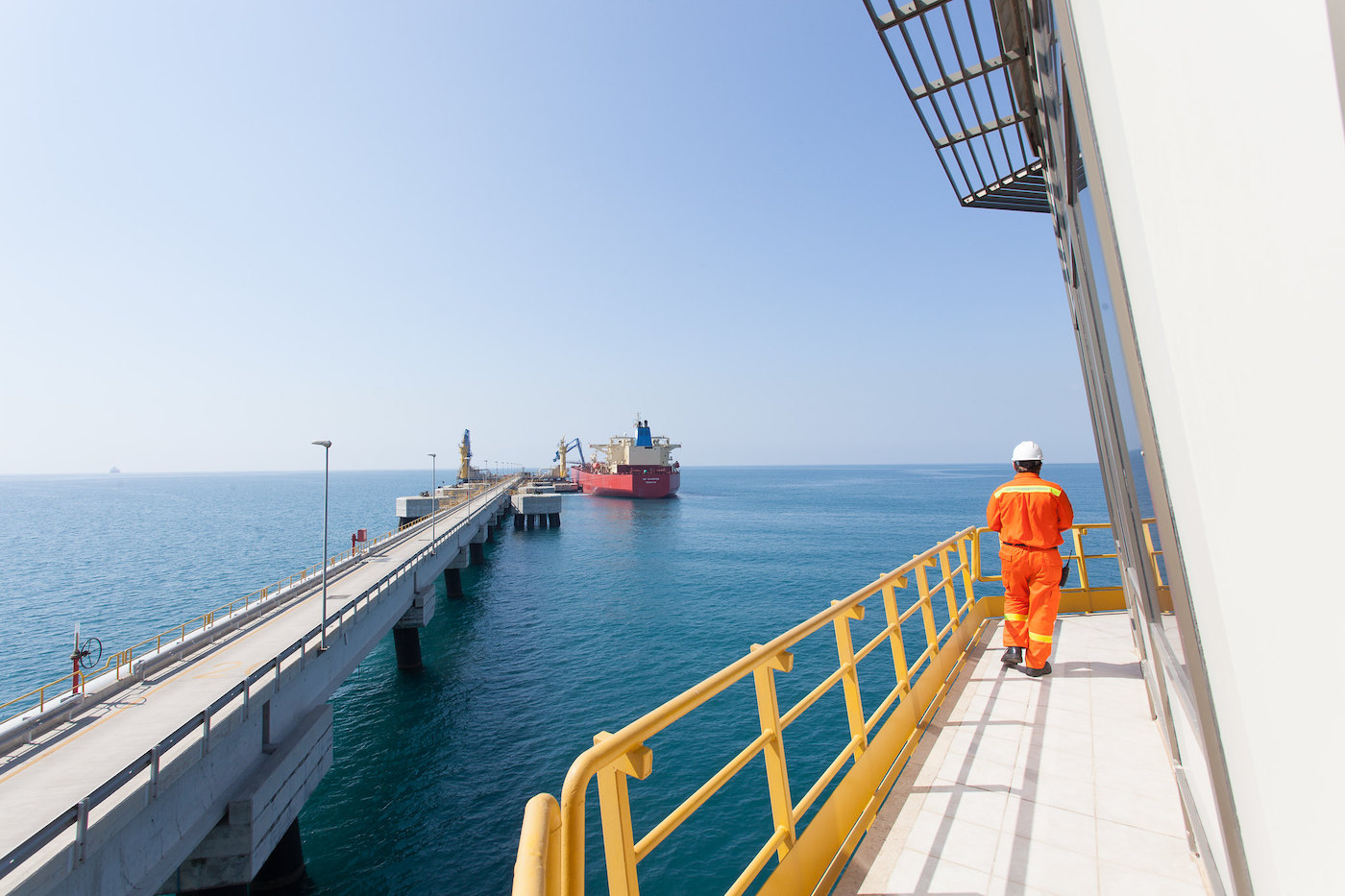 Without government support for oil and gas service companies, the coming recession could be worse 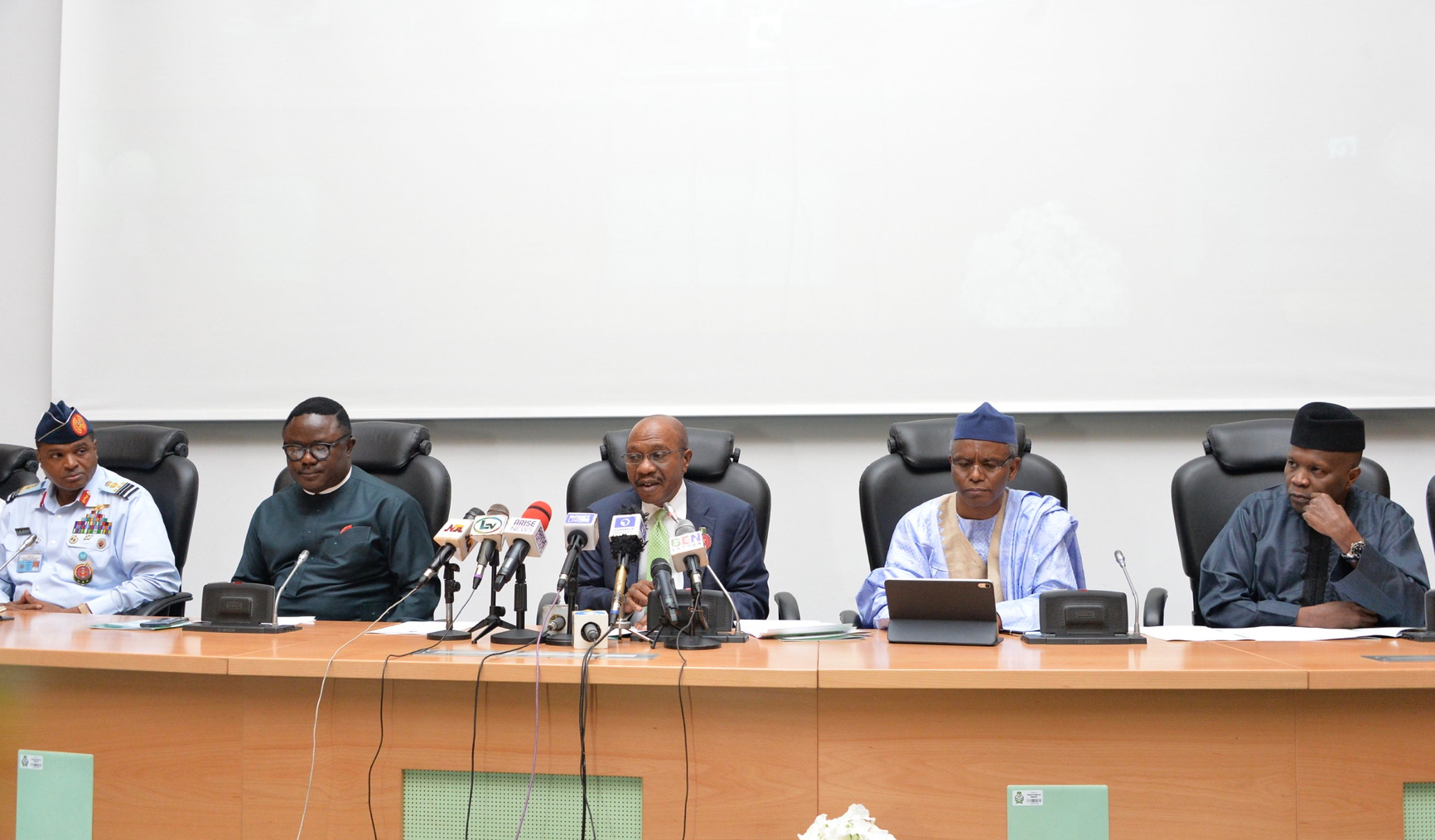 Free markets vs governments: What COVID-19 means for government intervention

The essence of government interventions in times of crises 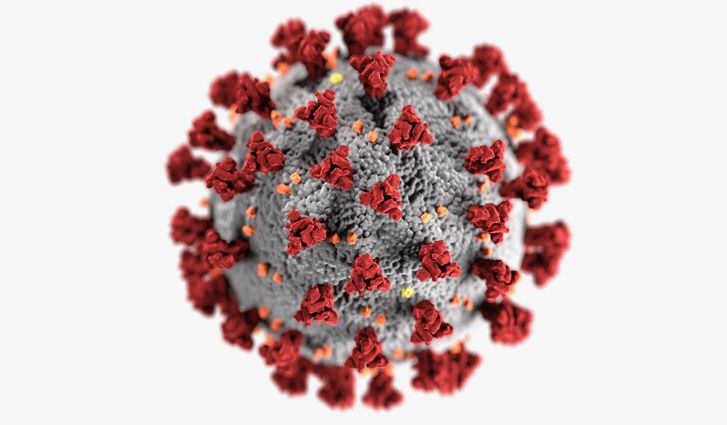 Applying social-distancing ideas to safeguard against misinformation and fake news about the Coronavirus. 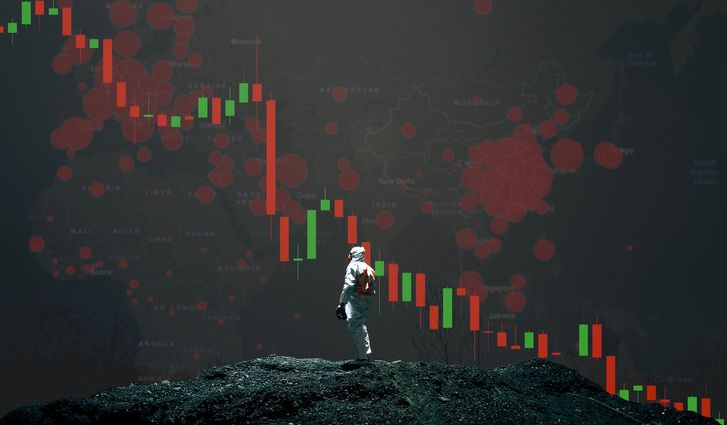