EFCC and How Information can Backfire

You are supposed to catch a flight tomorrow. You receive terrible news of a plane crash. Do you go ahead and book your ticket or do you decide that spending 6 hours travelling on Nigerian interstate roads isn't such a big deal after all?

If out of self-preservation, you decided to take the bus instead of the plane due to the terrible news, you acted as many did following the 2012 Dana Air crash. Immediately after the crash, many travellers switched from air travel to road travel. With the Dana crash looming large in their minds, they travelled by roads despite the fact that road travel – especially in Nigeria – is fraught with risks and offers a higher probability of fatal accidents due to bad roads, bad drivers, and bad vehicles. But after significant events like plane crashes, people always switch to riskier road travel. This behaviour isn't restricted to Nigerians either; Americans acted similarly after the September 2001 terrorist attacks.

What makes people act contrary to their own safety interests? We all fall victim to saliency bias. Dramatic events like bombings, plane crashes, or natural disasters stick in our heads longer than others, affecting the way we judge events. Similarly, such events are easier to recall, making it more likely they will be used when we form our opinions. This tendency to give significance to dramatic events can have consequences that affect economic and policy decisions.

Let's use a fun example first. In the book "Contagious", Jonah Berger describes how the U.S. Congress spent almost $1 billion on a campaign to dissuade teenagers from doing drugs. Multiple studies, including a seminal analysis by Communications Professor Bob Hornik, found that the campaign did not reduce marijuana use amongst teenagers. In fact, it seemed to increase drug use. Why? It made drug use more public and salient, making teenagers more curious and giving the impression that other teens were using drugs. If you know teenagers, you know that is not a good way to dissuade behaviour. In this case, curiosity – spiked by greater public awareness of drug use – killed the campaign.

Bringing this article back to Nigeria, the Economic and Financial Crimes Commission (EFCC) might be making a similar mistake with their handling of the anti-corruption campaign. They tend to focus more on the retrieval of stolen money than on the punishment of those who steal. For example, the discovery of $38 million cash in an Ikoyi apartment captured the public's imagination and was touted as a success story against corruption. The saliency effect was further enhanced by vivid images of the mental and physical strain of counting the cash. The money had been found, but where were the owners?

Likewise, the whistleblower strategy, while mildly successful at uncovering loot, may be pulling attention away from the crime and its consequences. Focusing so much on the amount stolen, rather than the arrest of those responsible, could end up having unintended consequences. First, people consider that if someone can obtain such sums from being in government, there certainly must be money in government, and they certainly wouldn’t mind having some of that money. And for the upstanding citizens, it mostly piles on the feeling of despondence at the corrupt state of the nation.

Moreover, EFCC parading those arraigned is only effective if the public sees evidence of convictions. Even if the EFCC succeeds in smaller cases, people will benchmark the war against corruption on the high profile cases – due to the saliency bias. The public trial ultimately backfires when people see a prominent government official paraded for corruption eventually walk away due to the prosecution’s failure to nab him or due to him returning part of the stolen money. The salient information changes from the prosecution of the corrupt officials to the fact that they always seem to walk free at the end of the day.

However, what do you think would be the change in public reaction towards corruption if those caught, arraigned and prosecuted were given life sentences? It would immediately change the focus from the amount of money found to the consequence of corruption. Hence, if the aim is to drive behaviour through information, such information should reflect the proper consequences. Those consequences are only feasible with a functioning judicial body and a competent prosecution team who are more concerned with winning the court trial than the popular one.

The saliency bias helps explain why Nigerian politicians love constructing roads and bridges, most especially when they are up for reelection. Signing construction contracts to one’s friends is far easier and lucrative than drawing up policies. But there is another reason politicians love this tactic – it is highly visible. They make for great launches and two-hour documentaries on national television. And when voters go to the polls, which are they likely to remember: the beautiful roads bordered by billboards of the politician's face or obscure reform policies instituted by the politician? Most certainly the roads. So, if you ever plan to be an indolent politician, remember this bias – it will serve you well.

Articles are obliged to have a grand concluding point. This one does not. The conclusion is simple and commonsensical but remains important – what we pay attention to matters. For policy makers, this implies that how and what information is presented significantly determines the outcome of a policy. As citizens, it requires us to look past information presented to us. For individuals, it means reconsidering what we pay attention to, how we judge the risks we take and make decisions based on our judgments.

By paying attention to what really matters – boring or exciting – we’re less likely to be blindsided by plane crashes, roads, or stolen loot. Absent these, we will make better decisions. 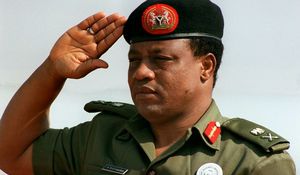 Why did Babangida cancel the June 12 elections? 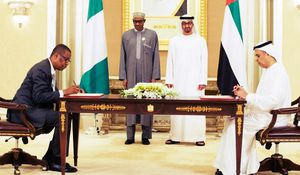