How Nigeria fails its children in their early years

As ECE as ABC

Perhaps no present state administration has shown as much determination to improve education as Nasir El-Rufai in Kaduna State. Beyond his controversial move to sack incompetent teachers, the state administration also recruited and trained replacements and increased teacher pay.

However, Mallam El-Rufai has ignored one area: Early Child Education (ECE) – schooling for children between ages 0 and 5 (some definitions use 0-3 years). Unfortunately, he is not alone; in fact, ECE has often been left out of the national education discourse.

Few people would disavow the benefits of education, though we may disagree on which stage is the most vital. Some would point to primary education and argue that everything builds off this, while others would argue that tertiary education is the most important, after all, your university degree is what gets you a good job.

In times of contentious debate, we turn to data. The data here may surprise you; a meta-analysis of over a hundred studies found that, in terms of consistent positive results over different contexts, ECE reigns supreme. Quality early childhood interventions are linked to reduced crime involvement, higher levels of educational achievement and a host of other positive social effects.

When we think about it, it makes sense. Numerous studies have shown how sensitive your life is to the conditions of your formative years, and how both early advantages and disadvantages tend to compound – a situation known as the Matthew Effect. In other words, early years may be the most important in determining a person's life outcome. One way this could happen: if a child learns to read or write earlier, she gains proficiency and the confidence to try things earlier. She may even offer to help others, picking up critical emotional intelligence skills on the way.

So, how does Nigeria fare in Early Child Education? Not very well.

Most Nigerian cultures have informal systems where relatives look after young children, a financially convenient arrangement but one that means the demand for formal ECE has historically been low. There is nothing wrong with this approach, but even the most structured familial set-ups or traditional facilities are overcrowded and lack materials to appropriately stimulate young children.

Most traditional centres aren’t registered, and the benefits of ECE are more likely to arise from structured programs that provide proper engagement. Without registration and subsequent monitoring, how do we enforce standards?

Unfortunately, we find that public daycares are similarly ill-equipped. For example, many teachers are unqualified to educate young children, mainly because they are not paid very well. The Nigerian Universal Basic Education (UBE) program only guarantees free primary and secondary education; pre-primary education is neither compulsory nor funded by the UBE. This status quo may exist because of skewed incentives; a parent with an available relative may see this as a viable substitute to public centres so may not see the lack of quality public ECE centres as a need. As a result, a politician interested in re-election is likely to invest elsewhere.

Not too late to improve ECE

We have seen the benefits of ECE and the extent to which Nigeria falls short in this regard. How do we address it?

First, we need to start from awareness and attitudes; parents need to understand that ECE is proper education – neither lax enforcement nor low funding is acceptable.

Next, we have previously argued that investment in education must go beyond putting butts on seats. Students need to be getting 21st century relevant skills, such as science, technology, engineering and math (STEM) education. In this context, the low engagement in ECE is an opportunity because it allows us to ask for the right kind of engagement even as we advocate.

Obviously, ECE is not the stage for optimising STEM education, but ‘soft’ 21st century skills (such as critical thinking and problem solving) are well within reach. Minerva Schools, an innovative start-up, is one of a few institutions with a practical system for instilling such soft skills which seems to be working.

For example, critical thinking is broken down into component skills, such as evaluating claims properly, which are then practised until they become ‘habits of mind’. One quick policy prescription would be to engage Minerva in a partnership to transpose this system into an ECE context, not unlike how Ghana engaged with New York University. Such a system should integrate local games which already provide relevant stimulation.

Alternatively, we could integrate educational technology into traditional settings. The Kio-Kit offers an example as it provides a cost-effective and self-sustaining educational system in a box and can be programmed to hold educational apps. This intervention would include a training program for facilitators who were already running the daycares.

Opportunities for innovation are broad, and keeping in mind that automation will consume a considerable chunk of traditional Nigerian jobs in the future, the time to take advantage of them is now. Early Child Education is vital, and Nigeria needs to focus more on it. So, who will tell Mallam El-Rufai? 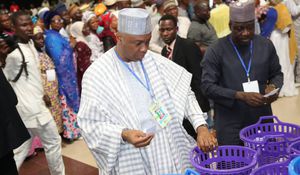 FW: What is the link between Saraki and the Offa Robbery? 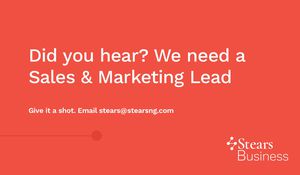 Stears is Hiring a Sales and Marketing Lead