Lagos at 50: Worth The Celebration?

If you live in Lagos or have visited the city in the past few weeks, you would have seen multiple billboards, posters, and other forms of advertisement celebrating Lagos turning 50. Therefore, let's take a journey down memory lane and see what Lagos has accomplished.

Lagos has remained indivisible; no state has been carved out of it.

Lagos is a major financial centre on the continent.

Lagos houses one of the largest and busiest airports and seaports in Africa.

Lagos contributes more than 30% of the country's GDP (over $100bn) and does not rely on oil. It has the highest Internally Generated Revenues (IGR) in the country.

Lagos is reputed for religious tolerance amongst believers and practitioners of various faiths.

Lagos has attracted some of the most expansive private investments in property, one of which is the $6 billion ‘Eko Atlantic City’ rising out of the reclaimed Atlantic Ocean, in Victoria Island.

And finally, Lagos is home to a budding technology industry, fondly known as 'Yabacon Valley', not to mention the music, fashion, and film industries.

This is to name but a few.

These are all quite remarkable and should definitely be celebrated, but at what cost? Now, this is not to say achievements should be the only reason for celebration. After all, surviving the last 50 years with hope for tomorrow is in itself worth celebrating. But, I am choosing to focus on Lagos' achievements because I am quite impressed with how far it has come.

Moreover, there is a method to the seeming madness: as an investment destination, it is positive to see that large events can be run smoothly and Lagosians are able to enjoy a diverse range of entertainment activities including carnivals, festivals, talks, exhibitions, workshops, and much more. Though the potential economic benefits are difficult to estimate, the celebrations give Lagos State visibility and act as a natural marketing campaign for the state.

Still, the State Government has come under fire for the celebrations, as some have claimed that 'the scale of the celebration is not commensurate with the level of development in the state.'

Here too, there is logic. Despite its status as one of the world’s fastest growing cities, unemployment, poverty, and inequality have soared in Lagos. At the same time, the state remains relatively insecure – for individuals who still fear kidnappings and robberies, and for businesses at the mercy of Lagos’ State demolition men. Meanwhile, the state has failed to address underlying problems such as the lack of potable water, severe traffic, and homelessness. Efforts to solve these have sometimes worsened the situation – the government attempted to criminalise private water sources and seems to have no understanding of traffic management.

With millions of Lagosians living without basic amenities, the celebrations feel like the preserve of the wealthy. Despite Governor Ambode’s good works, critics point that the poor have largely been sidelined by the state’s – and the governor’s – ambition. Lagos is an economic melting point, and I worry that soon, the poor will have nothing to eat but the rich.

Don’t get me wrong; it would be absurd to suggest that every kobo should be dedicated to poverty alleviation and fixing all the state's problems. This would ignore the fact that the state has other duties and obligations e.g. preserving civic goods, fostering social unity, etc. As with everything in life, balance is needed, and to some extent, this was achieved in the celebrations. Events were spread across Lagos from Ikorodu to the National Theatre to Freedom Park. Furthermore, most of the events were free to attend, thus making them accessible to more people. As great as all this is, the nagging suspicion is that there were better ways to celebrate – how about 10% of the budget for this being donated to special housing or education fund?

Finally, one theme from Lagos @ 50 is the move from a mega city to a smart city. But is a smart city where Lagos should be heading?

Answer: Yes and No.

Yes, because Lagos is full of the brightest minds in Africa. With a booming technology in Yaba, growth in fintech, and improvement in telecommunications, a smart city is the logical end-point. But should we be looking at this level of sophistication straight away? Maybe not.

Though the world is not so binary, many issues require more urgent attention. We do not have to wait until poverty or homelessness are completely eradicated before we can pursue smart goals; but for now, real development comes in the form of these infrastructure-related issues. When I think of how much the state would benefit if more people are housed and educated, I get visibly excited. More people bringing income, attracting foreign investment, finding solutions to problems, etc., we would be a force to be reckoned with, not just in Africa, but worldwide. Just as we are taught from an early age, to care for our entire bodies – clean behind our ears, cut our nails, wash our hair, etc. So, a government should care for and take pride in its entire state, not just the part that looks pretty and makes the most the money.

This kind of oversight makes me wonder if the state government is more interested in winning political points. Ironically, this will be best achieved by fixing the legacy problems that others missed. That way, when we look at Lagos @ 100, those who addressed these issues will be recognised as those that moved the state forward, regardless of whether we were ready or not.

Lagos has come a long way and remains ahead of other states in the country. But we must not get ahead of ourselves. To truly reach our potential, we need to solve immediate problems first; that way, we would all be pushing for extravagant celebrations for Lagos @ 100. 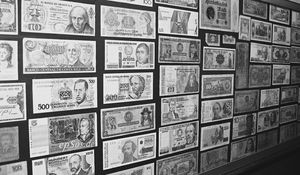 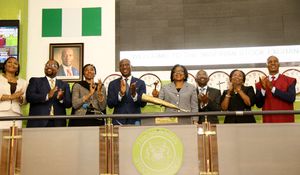 The Magic Formula for Investing on the NSE