What is the biggest natural resource in Nigeria? No, it’s not crude petroleum, petroleum gas, or even cocoa beans.

In today’s youthful Nigeria, more than 60% of the population is under the age of 25. Contrast that with an ageing country like the UK, where the under-25 figure is now as low as 20%.

But like any resource, young people are only valuable if a country uses them wisely.

Education is a leading indicator of economic growth, more so for countries starting with low education levels, as seen in Asian countries like South Korea. If Nigeria can educate her young people, we would have a resource that can power our country more effectively, more diversely and for much longer than any oilfield.

We can begin by reforming one tier of education with an established link to economic growth: tertiary education. Universities are producers of human capital, and they influence economic growth through innovation, noting the levels of patent production as a good measure such contribution. A recent study of 15,000 universities in 78 countries has shown that a 10% increase in the number of universities is associated with over 0.4% higher GDP per capita in that region.

But to achieve such economic benefits from higher education, we need a strong network of universities—and at the moment, we simply haven’t got it. We haven’t invested nearly enough money in our basic and university systems and our under-25s. Therefore, Nigeria’s most significant natural resource is being wasted.

Nigerians ought to know that the education of young people at universities isn’t just good for them, it’s good for Nigeria. University education has known positive spill over effects on broader society, and the growth of an economy depends on the size and quality of its knowledge base.

In relation to universities’ direct contribution to economic growth, data from the World Intellectual Property Organisation (WIPO) showed 234,700 patents registered in Africa in the last 22 years. South Africa accounted for 55% of these, while Nigeria registered a mere 1%—less than 2,500 patents. Knowing this, it should not surprise us that South Africa’s GDP per capita is over three times greater than Nigeria’s.

Is funding the problem?

In 2017, 380,000 university applicants failed to secure a place as demand exceeded capacity. In fact, the lack of funding permeates the entire education system; Nigeria famously has over 13 million children out of school.

The Gross Domestic Expenditure on Research and Development (GERD) as a percentage of GDP is a widely used funding level indicator. Let’s compare the domestic funding assigned to research and development in the two biggest African economies: South Africa is at 0.76% and Nigeria props the table again at 0.2%. To put this in context, the global average was 1.77% in 2010. In short, the average country dedicates nine times more resources to research and development than Nigeria. It is worth noting that the overall proportion of the GERD sourced from abroad was 11% for South Africa and 1% for Nigeria.

Of course, the underwhelming performance of Nigerian universities is no secret. That’s why more fortunate students emigrate to countries with more prestigious schools. The Senate Committee on Tertiary Education Trust fund (TETFUND) has stated that Nigerians spend over $2billion (₦750billion) annually on student education abroad. This is almost 25% more than the annual Federal budget for education (₦605billion in 2018).

During his time as President, Goodluck Jonathan sought to address this by setting up the Science, Technology and Innovation (STI) policy, which was to focus on strategic areas of national priority, from Agriculture and Information technology to Health. The STI proposed the establishment of the National Research and Innovation Foundation (NRIF) with a minimum of 1% of GDP to ensure investment of adequate resources in research and innovation for sustainable economic development. This would equate to a five-fold increase on current levels of research investment and a step in the right direction.

It is imperative that Nigerian universities are better supported to help develop new sources of wealth generation and consequently tax revenues for the government. What is required is a clearly aligned industrial and tertiary education strategy.

This is one of the critical ways we can begin to support the young population, our children, Nigeria’s greatest asset. Let’s help them; let’s use them; let’s educate them. 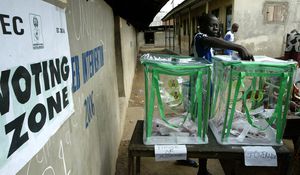 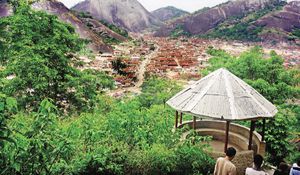 Tour companies are showing Nigerians hidden parts of their country