The Textile Revival: Buhari's Turn in the Ring

Nigeria’s textile industry is in the spotlight once again, as Buhari’s administration has pledged to succeed where three previous administrations have failed — he plans to revive the ailing textile industry. There are many areas of the Nigerian economy that need help, but textile manufacturing is an "easy" target because just 30 years ago, it was thriving. In the mid-1980’s, the country boasted 175 textile firms that employed over 350,000 people and produced 72% of the textiles made in West Africa.

Fast-forward a few decades later, and there are 25 factories operating at less than 50% capacity and employing a mere 25,000 people. The textile industry is the poster child for the decline of Nigeria’s manufacturing sector and each successive government has taken a stab at restoring it to its lost glow. For Buhari, this battle will be fought on several fronts, and failure in any single area may lead to a scenario with which we are all too familiar: raised hopes preceding crushing disappointment.

Hameed Ali vs. the Smuggler King

An oft-repeated reason for the demise of domestic textile manufacturing is the flooding of the Nigerian markets with foreign-made goods, particularly African wax print (popularly known as ankara). In 2004, Obasanjo's government decided that the best solution would be to ban the importation of textiles and garments, a protectionist policy that had been employed by military regimes since the 1970s. However, this was not accompanied by any real attempt to address structural flaws and high costs of textile production in the country. Local textile factories simply did not have the capacity to meet domestic demand, which created a gap in the market. Excess demand, porous borders, and corruptible customs officials created a situation ripe for exploitation. Enter Alhaji Dahiru Mangal, who created a well-oiled machine that facilitated the entry of banned textiles into the country. This meant no tariffs paid to the government and the market remained flooded with cheap textiles from China smuggled through Benin Republic.

Now, it is time for the newly appointed Controller-General of Nigeria Customs Service (NCS), retired Col. Hameed Ali to break the smugglers’ stranglehold on the economy by undertaking real customs reform. One factor working in his favour is that the ban on textiles was recently lifted and replaced with a 20% tariff as part of the ECOWAS Common External Tariff (CET) agreement. So, instead of expending his energies and manpower on the near-impossible task of enforcing an embargo, he can focus instead on severing ties between customs agents and smugglers, ensuring that importers pass through official channels. This would mean transforming bribes into government revenue, that will hopefully be used for the good of the public.

Traders (and Designers) vs. Manufacturers

The textile and garment industry has long featured a tug-of-war between traders and manufacturers. When domestic production was booming, the two sides were in a symbiotic relationship, but as soon as Nigerian-made fabrics became less competitive, traders switched to the cheaper imports. And they cannot be faulted for this. Few savvy businessmen would choose patriotism over profitability, and the ankara from China is cheaper and guarantees a higher mark-up. On the other hand, manufacturer associations and textile worker unions continue to push for protective measures to protect their livelihoods from external competition. Unsurprisingly, when the federal government announced the implementation of the CET, the decision was met with approval from the traders and far less enthusiasm from the latter.

The recent ankara fashion revolution has introduced a new player onto the scene – Nigerian fashion designers. They welcome the removal of the ban as it gives them easier access to a wider variety of prints for the creation of new pieces. This could also boost the growth of the ankara ready-to-wear sector because designers can take advantage of cheaper avenues abroad to produce their designs for bulk domestic and international sale. The previous import restrictions presented the possibility that if these garments were made in other countries, there would be several hurdles to cross when trying to bring them back into the country.

Buhari’s task will be to harmonise these seemingly conflicting interests without necessarily siding with one group over the other. The key here would be to strengthen the quality and competitiveness of domestic production rather than asking traders or designers to sacrifice their commercial interests in favour of nationalist considerations. If people can turn a profit selling fabrics made in Nigeria, they won't need to be forced to do so.

CBN vs the Naira

But even as the CET takes effect, lifting the ban on imported textiles, another restriction has already been pushed in place – the Central Bank of Nigeria’s (CBN) foreign exchange controls. In a bid to defend the naira weakened from a fall in global oil prices, CBN Governor, Godwin Emefiele has opted for restricting importers of a list 41 items from accessing the foreign exchange market. Given that part of the rationale is protect the domestic industry, it’s not hard to guess that textiles made the list. Without access to the forex market, textile importers are effectively unable to make purchases, which also means that the much-anticipated import duties to be realized from the 20 percent tariff may not materialise.

Ironically, the devaluation of the naira is actually supposed to be good for the textile industry. Cheaper naira makes imported textiles more expensive, reducing the price gap between domestic and foreign fabrics. Therefore, while everything becomes more expensive overall for the consumer, Nigerian textiles will seem less overpriced by comparison. Therefore, the CBN’s stance, at best, sends conflicting messages to both importers and manufacturers: are textiles banned or not? At worst, it could be hurting an industry it purports to help, and it may be time to review this forex policy.

Theory hardly works as well in practice though. Buhari’s government cannot ignore the elephant in the room: power. As with many other elements of Nigeria’s economy, inadequate power has been the biggest drawback for Nigeria’s textile industry. One reason why the theoretical boon from devaluation may not materialise is that increased energy costs may erode any potential gains. This would ostensibly work except for one minor detail – the devaluation also increases the cost of textile production in the country. Power comprises 30% of the cost of textile manufacturing and given the unreliability of the national grid, most plants have to generate 80% of their energy demand. In the south, these factories have some access to natural gas, but northern factories rely mainly on diesel, which has also become more expensive due to downward pressure on the naira, among other things.

This is one reality that our government will need to face. The key to reversing the decline of textile manufacturing in Nigeria does not lie in only eliminating external competition or infusing the sector with more capital. Obasanjo's government tried the first approach with almost no success, and the Jonathan administration threw N100 billion at the problem, but that barely scratched the surface. No combination of import restrictions and capital infusions will succeed if the industry’s energy needs are not addressed. An alternative route worth considering would be to invest in devising alternative solutions to meeting the textile plants’ power demands, whether through preferential access to energy markets or by subsidising the high initial costs of switching to renewable sources of power. Ultimately, Buhari’s government will need to approach this problem in a more broad-sighted way than his predecessors, because history has already shown that half-measures just won’t cut it. 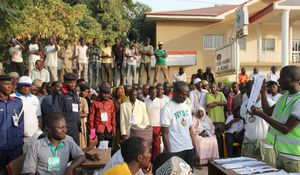 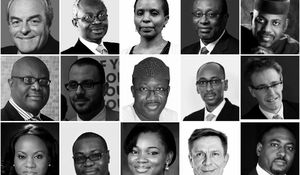