What to do about Lagos' slums

“Without access to shelter, especially for the poorest and most vulnerable, development cannot be sustained” – Matthew Desmond

At the recent 2019 Global Goals Festival in Bonn, Germany, questions were fielded about the need to create affordable and sustainable housing in Nigerian cities. A common theme in these questions was evident empathy towards the city government rather than the people. This idea of the learned helplessness of cities in the face of rapid urbanisation is a popular refrain in conversations about affordable housing, yet ignores the reality that urbanisation is near-inevitable and comes with significant development opportunities.

Cities will always be particularly attractive to the rural poor, and this magnetic appeal is inherent in the advantage of cities. For instance, an international business looking to penetrate the African market would begin looking at its biggest cities: Lagos, Cairo, etc. because of the cluster of people.

Whereas economic growth has facilitated access to food and clothing, urbanisation and government policy have inhibited improvements in housing. The city of Lagos is one city that has experienced significant economic growth without accompanying solutions to the problem of housing.

With a population of more than 20 million people, population growth rate over 3%, a daily migration influx of more than 2,000 people, its economy contributes roughly a quarter of Nigeria’s Gross National Product. Estimated as the fifth largest economy in Africa, Lagos is strategically positioned as a regional economic hub. At the same time, the state has a housing deficit of over 2.5 million units.

At the same time, in 2009, it was estimated that nearly seven in ten Lagosians live in slum communities with population densities between 790 and 1,240 people per hectare. Moreover, contrary to the global trend, the number and population of slums are rising in Lagos.

In 1991, when the Lagos State Urban Renewal Agency (LASURA) was set-up to reduce slums, there were 42 slums in the state. In 2013, over 100 much larger slums were counted. Some estimates suggest that more than half of the city’s workforce lives in slum settlements.

It is critical to note that Lagos’ population and economic trajectories are tightly knit. People migrating from rural to urban areas in search of a better economic life promised in Lagos is the primary driver of population growth rate. At the same time, rapid urbanisation has driven economic growth by making the state a large consumer market (of particular interest to international manufacturers), creating economic activity clusters (like Yaba), and more tax revenue to provide amenities and infrastructure in the state.

The state has responded to these immigration trends—and the subsequent pressure on limited resources—in a two-pronged manner. Firstly, the development of the Lekki-Epe axis and the dream of Eko Atlantic are considered ways of expanding the state, while the government has adopted smaller housing policies such as the Lagos HOMS scheme.

But even as both small and grand approaches have failed to put a dent in the housing deficit, informal settlements and dangerous housing continue to grow, with the government responding through forceful evictions which shift the problems elsewhere.

Insight - Nigeria and the lack of affordable housing

If 70% of Lagosians are slum-dwellers then interventions must target this group. The most critical component of housing provision is the availability of land. In Lagos, land is a scarce commodity owned and controlled by the state and a selected few. Furthermore, the prevalence of “land-grabbing” harms indigenous communities and leaves them vulnerable to sudden evictions. Research strongly suggests that forced evictions drive slum emergence and proliferation, marking the practice as an unsustainable approach to housing policy.

In light of the slum problem, it is clear that the state’s current policies are inadequate. The “rent-to-own” program is a flagship attempt at social housing but is ultimately exclusionary. Buyers are required to make a down-payment of 5%, which works out to ₦100,000 for a ₦2,000,000 property, with a monthly rent around ₦20,000. Although this may seem cheap, it is worth noting that slum-dwellers may pay as little as ₦1,000 monthly. In essence, the state’s idea of “affordable” housing remains far removed from the present reality.

Insight - Lagos slums can teach us about affordable housing

Before it tackles issues like home ownership and housing estates, Lagos must address this peculiar form of homelessness. And there are a number of ways it can approach this.

The first step is to create a map of existing slums in the state—planning and provision of sustainable housing must begin with data-based evidence. This is key as the process of regulating informal housing would require knowledge of where the communities are, who lives there, and the history of ownership or property rights (or the lack thereof).

The next step would be to abandon the tactic of forceful evictions. The government would be better served by certifying structures and settlements considered resilient while demolishing dangerous structures.

During this process, the government must actively prevent the emergence of new slums. A 2018 study which mapped the incomes of three existing slum households and compared it to former income earning households of a 2017 demolished community, examined the factors driving slum formation. It found that forced displacement and migration due to the security crisis in the North-East of Nigeria and Northern Cameroon as dominant factors for the new wave of settlements in Lagos, Nigeria (Roberts and Okanya, 2018).

The crucial final element is figuring out how to integrate informal settlements into the framework for megacities. This process of slum upgrading (in-situ-upgrading) is important because the people living in slums are important engines of the prosperity of that city.

In practice, this means that governments ought to enable these residents to upgrade their communities. In Lagos, one useful method would be in reducing the bureaucratic bottlenecks that get in the way of indigenous land regulations. The mild successes of slum upgrading in places like Bahia (Brazil) and Thailand provide examples for Lagos to copy.

Given the size of the task and the financial constraints the state faces, the most fruitful path would be one where slum residents invest in upgrading their settlements. But this will only happen when they have tenure security. 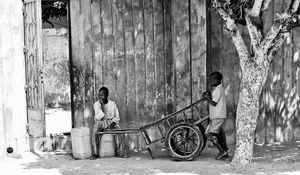 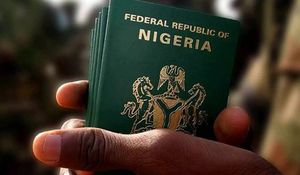 The costs of Nigerian fraud