Today's technology is way beyond the scope of what anyone in the past would have imagined; it has transformed man from his crude self to one capable of creating artificial intelligence. Technology is devilishly difficult to define, but many of us are intimately familiar with it – as we hail rides through our Uber app, top up airtime on an ATM, or even browse the traffic lights dotted around our route to work. The scope of technology, even relatively obsolete innovations, permeates nearly every part of urban society. And slowly but surely, technology is creeping into Nigeria's unwieldy economy.

The Place of Technology in Nigeria

On the one hand, Nigeria is the economic giant of Africa, a country with the human and material resources to shame others. On the other, it lags behind in technology adoption. The manufacturing sector is one case in point. Industries like textiles thrived in the 70s and 80s, but chronic underinvestment undermined their ability to compete. Today, Nigeria's manufacturing sector relies on imported raw materials as we seem to be skipping the crucial industrialisation stage of economic development.

Kenya offers a meaningful contrast. Sometimes considered the cradle of technology innovation in Africa, Nairobi is home to iHub, one of the continent's largest technology hubs, boasting of the likes of mobile payment giant M-pesa. Nigeria has technology hubs as well, none more famous than "Yaba-con Valley". By and large, these have succeeded independently of government policy and in spite of evident shortfalls with regards to the necessary supporting infrastructure and institutions. But the recent exits of Andela and Konga may signal a growing weariness with the enormous costs of operating in the country.

There are a number of basic reasons for why Nigeria remains relatively inhospitable to technological progress. One is an evident lack of focus and coordination. Last year, Nigeria's Minister for Science and Technology proudly proclaimed that the country would soon no longer import pencils. Around the same time, America was pushing the boundaries in luxurious space tourism and Japan was unveiling its breakthroughs in Robotics. Obviously, both countries are centuries ahead on the development curve, but Nigeria has shown a worrying lack of aspiration in this area.

The lingering perception of technology in the public sector is out of step with the times. As such, attempts to leverage on technology – e.g. by automating the 2015 election process through the use of card readers – is always accompanied by foreseeable hitches.

Finally, one can argue that the government has not shown enough interest in pursuing domestic technological progress. Budgetary allocations to science & technology have been small under every administration, and funding for research institutions generally goes unaccounted for. Despite the country's large number of niche research institutions, their economic impact has been seriously limited. According to NEPAD (2010), South Africa produced over 86,000 scientific papers between 1990 and 2009, compared to under 28,000 in Nigeria (the second lowest in 19 surveyed countries).

Many nations have overcome deficits of this kind by adopting industrial strategies for those areas. This requires a concerted public-private effort to unlock the economic and social potential of technology on both a micro and macro scale. Supporting infrastructures such as power and stable institutions (and the enforcement of the rule of law) would supplement this approach.

The government's priority sectors offer a fertile ground for scaling up technology use. Agriculture is one field that would benefit tremendously. Productivity in the sector is hampered by poor access to inputs, credit, and markets. With most farms of the smallholder variety, mechanisation is a crucial step in improving efficiency. The creative industry – another priority area for the government – has boomed in the past few decades despite inadequate intellectual property enforcement and until recently, a shortage of funds. As more money has flowed into Nigerian music, movies, and art, market participants will be eager to scale up in terms of technical and technological expertise.

The trend over the last century tells us that economies are neither static nor isolated. Technology will become a bigger part of Nigeria's economy, even without government policies. FinTech platforms will continue to disrupt the financial services industry, the labour market will place a larger premium on digital skills, and even the informal sector will not be excluded from this growth. But technology will create winners and losers, and if this is not guided or managed, poverty, inequality, and social friction will only increase.

This is not a call for the government to start building spaceships, rather a reminder that basic structures and attitudes still need to change for technology to properly thrive.

Nigeria cannot hope to compete in tomorrow's global economy if it does not evolve at an even faster pace. Today, the government raises concerns over the fact that Nigeria imports petroleum products but equal weight should be given to the absence of the technological capacity needed to produce high-value goods and services in the future. As much as the advocated change cannot happen in a day, there must be visible signs to suggest seriousness on the part the of government, which can foster the necessary domestic and foreign investment. 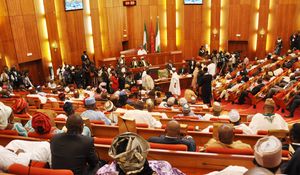 The Respect missing in our National Assembly 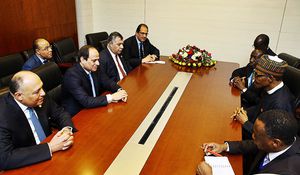