Winners and Losers in a Cashless Nigeria

In February this year, the Central Bank of Nigeria (CBN) finalised a policy on cash-based transactions which stipulates a cash handling charge on withdrawals above certain limits. The policy targets the amount of cash in circulation and encourages more electronic-based transactions.

Later in April, the CBN directed the charges to be suspended.

Although the reason for the withdrawal was not stated, it was likely a result of the backlash against the policy and the glaring absence of supporting infrastructure to make the policy successful.

Globally, proponents of cashless societies would like to minimise, or in some cases, eradicate the use of cash – notes and coins – in transactions. They portray the cashless society as the logical and inevitable next step of financial progress. The truth is more complicated. A cashless society may come about through unintentional progress, but it could equally arise by design, as with CBN policies.

Whether or not a world without cash is inevitable, we have cause to understand those who stand to win and those who may miss out if such a society were to unfold.

Two clear winners emerge from a cashless Nigeria. The first is the banking industry, the hub of our current fiat money system. In Nigeria, this industry is made up of just over twenty large commercial banks, as well as other microfinance banks, discount houses, etc.

Through this system, our cash takes the form of data inscriptions in our bank accounts and banks’ databases. These inscriptions are promises issued to us by our banks, granting us access to our money when needed. We access these funds in two ways. The first is through the ATM network. Until the CBN permitted some withdrawal charges, banks were forced to maintain the ATM network at a minimal economic benefit to themselves. Even with these fees, banks would prefer if money did not leave the banking system. With the proposed cashless system, banks can save on their cash infrastructure and employee costs which could lead to higher profits.

The second way is through banks’ digital payment systems such as mobile and internet banking, which permit services such as money transfers, usually at a fee. Commercial banks charge a ₦100 transaction fee charged on all money transfers transactions including payment of bills such as DSTV subscriptions, flight tickets, etc. In the medium term, increasing use of these channels will be good for banks' bottom lines.

The second big beneficiary is the private payments industry, from Visa and Mastercard to Paystack and Flutterwave. One feature of these firms is that they simplify the process of making digital payments, for example via POS machines or online retailers. Fees are often between 1% and 2%. In contrast, cash transactions do not need a go-between, so there is no opportunity for firms to make a cut off such transactions. A cashless society would mean more digital payments, a boon for businesses that operate in this area.

Naturally, cashless advocates suggest that associated fees – like transaction fees – would eventually be forced down as industry players compete in a cashless world. Though this makes sense, it is difficult to verify. More likely, the particular cash alternative used, whether Bitcoin or traditional currencies, and the chosen regulatory structure, would determine the long-term costs.

Unsurprisingly, Nigeria's large unbanked population stands to become even more marginalised in a cashless world. While the CBN cites greater financial inclusion as a benefit of its cashless policies, nearly half of Nigeria's population remains unbanked. Typically, what this means is that about 4 out of every 10 Nigerians don’t own a bank account and therefore lack access to financial services.

Some effort has gone into improving the situation. In 2011, the CBN granted licenses to 21 mobile money operators to offer mobile payment services in Nigeria.  Also, the apex bank introduced agency banking, allowing banks and mobile payment operators to deliver services through third parties in various locations. Despite these efforts, few results have been realised. Adoption of mobile money, a very relevant tool in driving financial inclusion and digital financial services, has remained very low despite Nigeria boasting the highest number of mobile money operators in Africa.

Two years after the introduction of these mobile services, an NOI poll showed that about 6 in 10 Nigerians were still oblivious of mobile money services, and only 13 percent of those knowledgeable used it. This indicated that mobile money services had not had any impact on the financial inclusion of unbanked Nigerians. These services enable people to make money deposits, pay bills, transfer funds and pay for goods and services without needing to have a bank account. They also help reduce the risk of theft and loss of money as they do not involve the handling of cash.

Despite these advantages, the adoption rate is low as a result of challenges such as low awareness, lack of trust and the absence of necessary infrastructure, as well as the exclusion of mobile operators from taking part in the execution of the services as seen with the high success rate of MPesa and Safaricom in Kenya. Due to these challenges, the poor and unbanked are unable to benefit from these technological advancements, and in a cashless society, will be further left behind. If they remain unbanked in a cashless society and are unable to take advantage of mobile money services they will be forced to use cash for a fee.

It can be grimy, unstylish, and even corruptible but cash serves a public good in Nigeria. And until Nigeria upgrades its dire digital and physical infrastructure, tackles the issue of financial inclusion, and builds up regulatory capacity, cash remains a more attractive option for many people.

Already an unequal society, a cashless Nigeria would hurt its poorest the most. 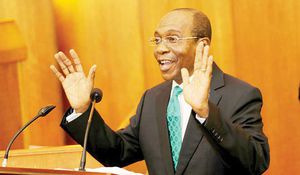 Regulating Our Way to a Digital Currency Ecosystem 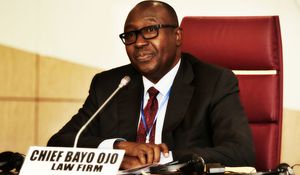 Any Room for Arbitration In Nigeria?